Zion Williamson and his stepfather are alleged to have accepted $400,000 from an agency for exclusive marketing rights while Williamson was attending Duke University in October 2018.

According to Daniel Wallach of The Athletic, Prime Sports Marketing and Gina Ford are the defendants in a lawsuit filed by Williamson in North Carolina and introduced "newly discovered evidence" related to the alleged October 2018 payment:

Wallach added that witness Donald Kreiss contacted Ford and provided a copy of a marketing agreement between Williamson and Maximum Management Group, which is based in Canada.

“The alleged ‘agreements’ and driver’s license attached to these papers are fraudulent - and neither Mr. Williamson nor his family know these individuals not had any dealings with them.” - Jeffrey S. Klein (of @WeilGotshal), counsel for Zion Williamson More below. https://t.co/2oDfLOk1S2

According to Wallach (h/t David Cobb and Kyle Boone of CBS Sports), Zion's lawsuit against Prime Sports Marketing aims to nullify his agreement with the firm under a North Carolina law that protects student-athletes from non-certified agents.

Williamson signed with Prime Sports Marketing after being selected No. 1 overall by the New Orleans Pelicans in the 2019 NBA draft, but he switched to Creative Artists Agency a few weeks later.

Prime Sports Marketing filed a lawsuit against Williamson in Florida seeking compensation for endorsement opportunities it had lined up for Zion before he made the jump to CAA. 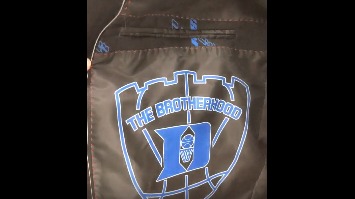 Ford and Prime Sports Marketing are arguing Williamson accepted impermissible benefits while at Duke. If that is proven, Zion may be ruled ineligible retroactively, which would make it difficult for him to win his case under the North Carolina law protecting student-athletes.

Williamson spent one season at Duke and established himself as one of the most explosive and exciting players in college basketball history.

The 20-year-old phenom missed the start of his rookie season with the Pels due to a knee injury before making his debut in January. In 19 games prior to the suspension of the 2019-20 season due to the coronavirus pandemic, Zion averaged 23.6 points, 6.8 rebounds and 2.2 assists.

Williamson figures to be a key figure for the Pelicans when the season resumes in Orlando, Florida, later this month.

The Pelicans are 10th in the Western Conference and trail the eighth-place Memphis Grizzlies by 3.5 games, but they will have a chance to play their way into the postseason.