Los Angeles Dodgers outfielder Andrew Toles was arrested on Saturday and charged with trespassing at the airport in Key West, Florida, according to the Associated Press. He was found sleeping behind a Federal Express building and, after refusing to leave, he was arrested.

According to that report, Toles appeared to be homeless. And his father, former New Orleans Saints linebacker Alvin Toles, told Bob Nightengale of USA Today that his son has a mental illness and needs help:

"You cry every day, you pray every day. It's a relief that you know he's alive. And now there's no need to hide anything. Everyone now knows he has a mental illness. Maybe this is how God meant for this to end. Now people know. People are reaching out and asking how to help.

"We just need to find him. We need to bring him home. But he keeps running. He's in this state of paranoia. He's running from people. He just keeps running like someone is after him. He really needs help before it's too late."

Andrew Toles sister, Morgan Toles, told Nightengale that her brother has been in and out of at least 20 mental health facilities since 2019 but leaves before long, traveling on his own to various cities. She said she was hoping the police would have detained him until the family could come for him but someone anonymously covered his $500 bail in Key West.

"The last time I saw my brother, I don't even know," she said. "I haven't heard his voice in, lord knows how long. The only difference in my brother and the homeless walking the streets in L.A. is that he made money. That's it. We want to help him so badly. We are doing everything we can. But the loved ones are the ones he runs from.

"How do you help somebody that doesn't want to be helped?"

She added that he's currently being held in a hospital before an arraignment set for Thursday, though she fears he won't attend.

"Honestly, I don't expect him to show up," she said. "He's probably not even aware. They're holding him in a hospital because he's so incoherent and will give him medication until he gets through it. But after that, and he's able to verbalize he wants out, he can leave when he seems fit."

The family is hoping to get guardianship over him so they can admit him to a mental health facility to get him the help they think he needs. Generally, that is only granted if the person in question is deemed to pose a threat to themselves or others.

Toles, 28, spent three seasons in the Major Leagues with the Dodgers (2016-18), appearing in 96 total games. He had been a third-round pick of the Tampa Bay Rays in 2013 but struggled with anxiety and even threatened people, per Nightengale, and was released in 2015.

Toles continued to train, however, and the Dodgers gave him another shot. A torn ACL in 2017 limited him both that year and in 2018. But after the 2018 season, he disappeared and didn't report to the team and was eventually placed in a mental health facility by his family before he disappeared again.

"It's heartbreaking, literally heartbreaking," Dodgers president of baseball operations Andrew Friedman told Nightengale. "I have a long history with Andrew, and I just wish there was something more we could do to help." 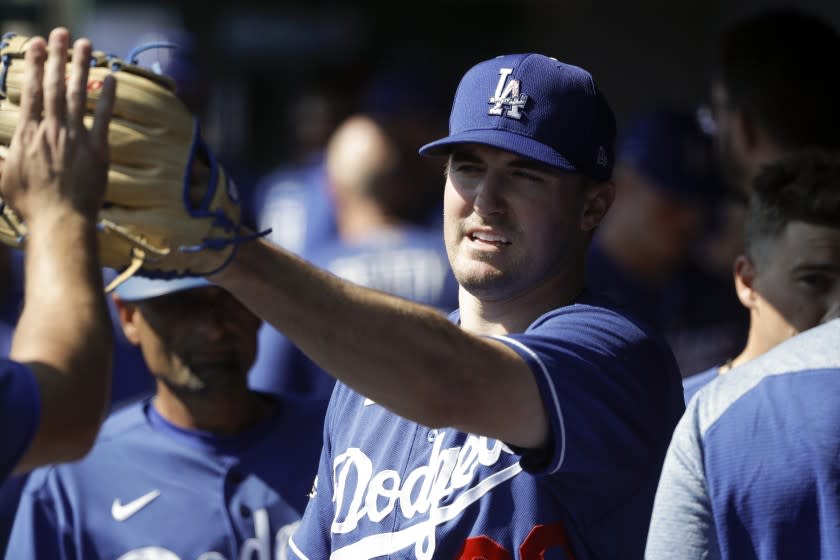