Luguentz Dort is sticking around Oklahoma City for a while.

According to Marc Stein of the New York Times, the Thunder have signed the guard to a multiyear contract:

Dort signed a two-way contract with the Thunder last July and emerged as a surprise starter this season, prompting them to convert his contract into a multi-year deal. OKC is 16-5 when Dort is in the starting lineup

Dort, 21, has averaged 6.2 points and 1.9 rebounds in 22 minutes per game (29 appearances) for Oklahoma City this season, shooting 41.4 percent from the field and 30.1 percent from three. Those aren't the most impressive numbers, though in his 21 starts he's averaging 7.1 points and shooting a more respectable 35.7 percent from deep.

Before the NBA season went on hiatus because of the COVID-19 pandemic, the Thunder were rolling out a three-guard starting lineup, with Dort joining Chris Paul and Shai Gilgeous-Alexander. That trio had a 6.3 net rating in 292 minutes played together.

Dort has made himself an important player for a Thunder team that has somewhat surprisingly emerged as one of the best teams in the Western Conference. Expectations were that the Thunder would rebuild after Paul George and Russell Westbrook were traded in the offseason, but they've instead been one of the NBA's better stories with a combination of young talent and veteran starpower. 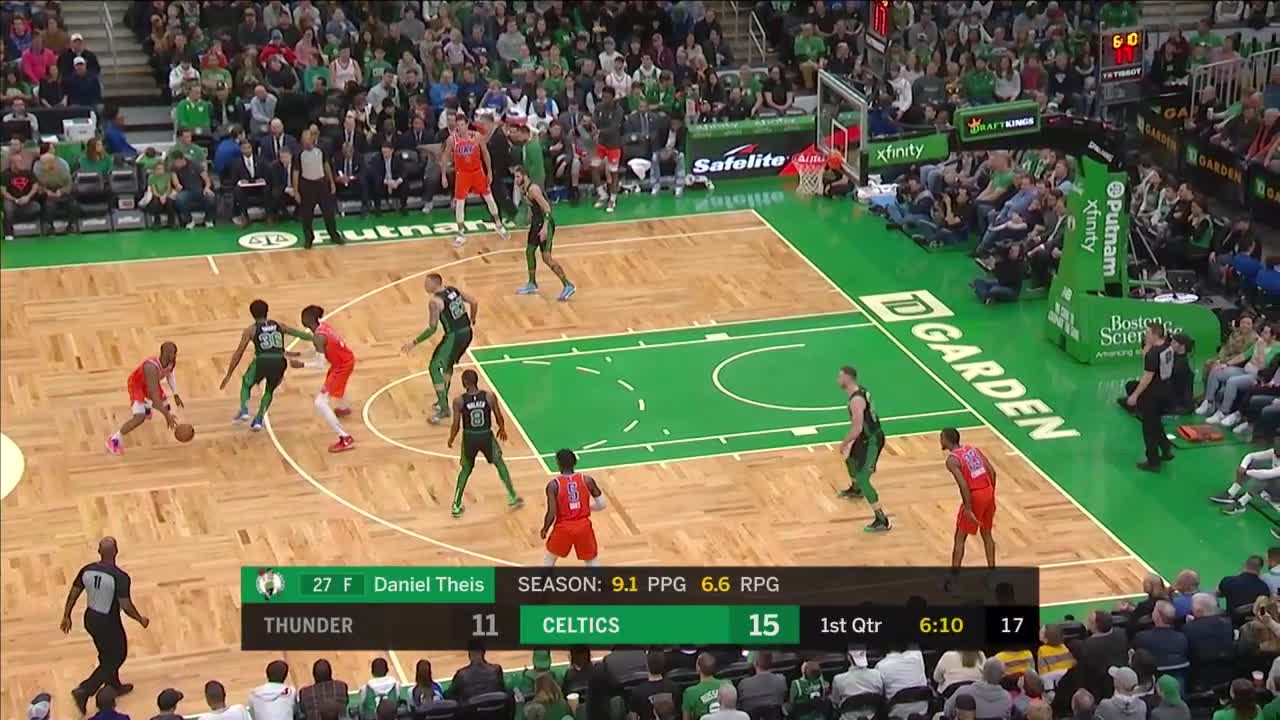 Andre Roberson Was Impressive in Thunder's First Practice in Orlando

Andre Roberson Was Impressive in Thunder's First Practice in Orlando