Portland Trail Blazers point guard Damian Lillard said on Friday that he was racially profiled by police in Nevada who demanded to search his car for drugs while he drove through the state back to college in 2011.

Lillard told Michael Pina of GQ he purchased a new car before his senior year at Weber State. He was heading back to the campus in Utah from his home in California when he got pulled over, and the officers insisted on searching the vehicle, which led to a three-hour traffic stop.

"I was like, 'Man, I'm a college athlete,'" the 29-year-old said. "I pulled myself up on the phone and showed them. 'I'm a college athlete. I go to Weber State. This is gonna be my last year. I got a chance to be a draft pick, I've never been in trouble. I've never been arrested.' I tell them everything. And they say, 'Let us search the car. We get a lot of drugs coming through here.' And I told them no. And they said, 'You either let us search the car or we're gonna get permission from the judge.' And I said, 'I'm not letting you touch my car.'"

"So they made me get out of my car, with my cousin. They made us walk up the road. We're in the middle of the desert. They made us walk like 30 yards up the road away from my car. I started thinking they were gonna plant something in my car, but they didn't. They just tore my car apart. They took the inside of the doors off. They went in my trunk and took out all my suitcases and luggage and had all my clothes flying out all over the road. They broke my window. They just tore my car apart and then three hours later after being on the side of the road in the desert. It was three squad cars out there, six cops, and they just harassed us, basically. And I didn't even get a ticket! And I put this on my son's life, this a true story, man."

Lillard used the incident as an example of the troublesome relationship between black Americans and the police amid worldwide protests after George Floyd, a 46-year-old unarmed black man, was killed while in Minneapolis police custody May 25. 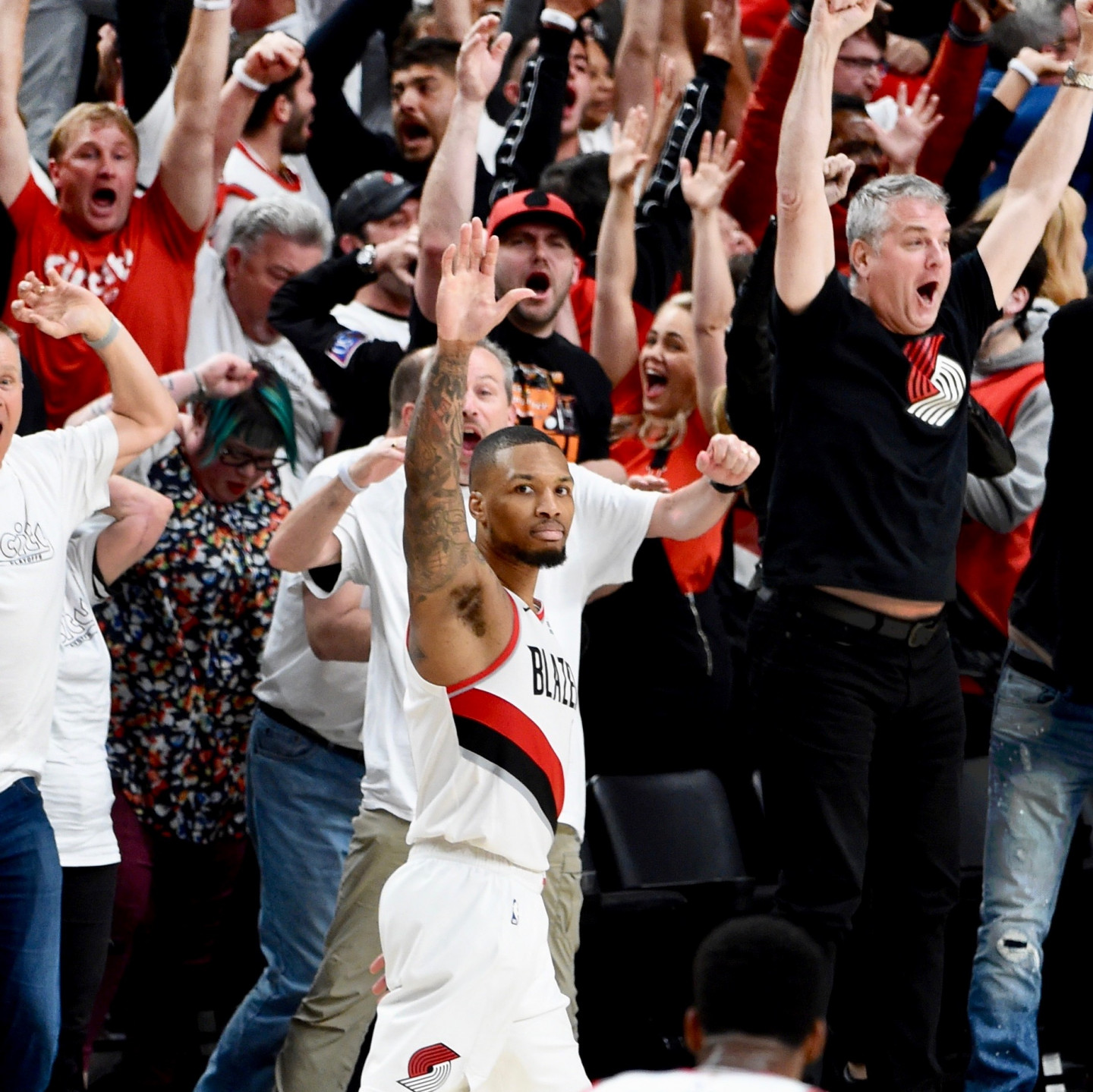 The five-time NBA All-Star told Pina it's a serious concern that a minor crime—Floyd was being arrested related to an alleged forgery when he was killed—can lead to police escalation.

"So now, the more you see people losing their lives and people killed by cops with no guns, no nothing, they're unarmed people," he said. "[Killed] for petty crimes. Silly stuff. Writing a bad check. Doing stuff like that and they're losing their lives."

Lillard, who took part in a protest march in Portland last week, explained he'd like to see money spent less on police and more on communities with minority populations.

"I think for starters, a lot of people are saying defund the police just because so much is being funded into police departments. I think that's fair," he said. "A lot of money being put into that I think could be put into black communities to have better resources and better programs and give a lot of African American youth better opportunities."

Lillard and the Blazers are involved in the NBA's restart plans, which will have 22 of the league's 30 teams convene at the Disney World complex in Orlando, Florida. Portland is ninth in the Western Conference with a 29-37 record ahead of the projected July 31 resumption of play.

NBA play was halted March 11 because of the coronavirus pandemic.

Do Blazers Have Enough Energy in Tank to Beat Grizzlies?

Do Blazers Have Enough Energy in Tank to Beat Grizzlies?

Blazers vs. Lakers: It's Hard Not to Look Ahead

Blazers vs. Lakers: It's Hard Not to Look Ahead