"I've worked my tail off during this quarantine," Bamba said in a virtual Q&A with fans. "I've taken this as an opportunity to really put on weight, really recover as far as getting rest and changing up my diet. I've been able to get a chef in and he drops off food occasionally. That's probably the biggest thing that helped me put on a lot of weight."

The 22-year-old New York City native is trying to turn a corner in his development after struggling to make an impact since the Magic selected him with the sixth overall pick in the 2018 NBA draft.

"This is going to sound weird, but I put on probably about 28 pounds since quarantine (started)," Bamba said with a laugh. "We did the whole body (composition) testing when we got back in (the practice facility) and I've only added about 2.5 percent body fat. So, a lot of it is muscle, and I can't wait to get back out there and work."

The University of Texas product averaged 5.5 points, 5.0 rebounds and 1.4 blocks across 60 appearances off the bench before the 2019-20 season was halted by the pandemic. He was playing just 14.5 minutes per game behind Aaron Gordon and Nikola Vucevic in the team's frontcourt rotation. 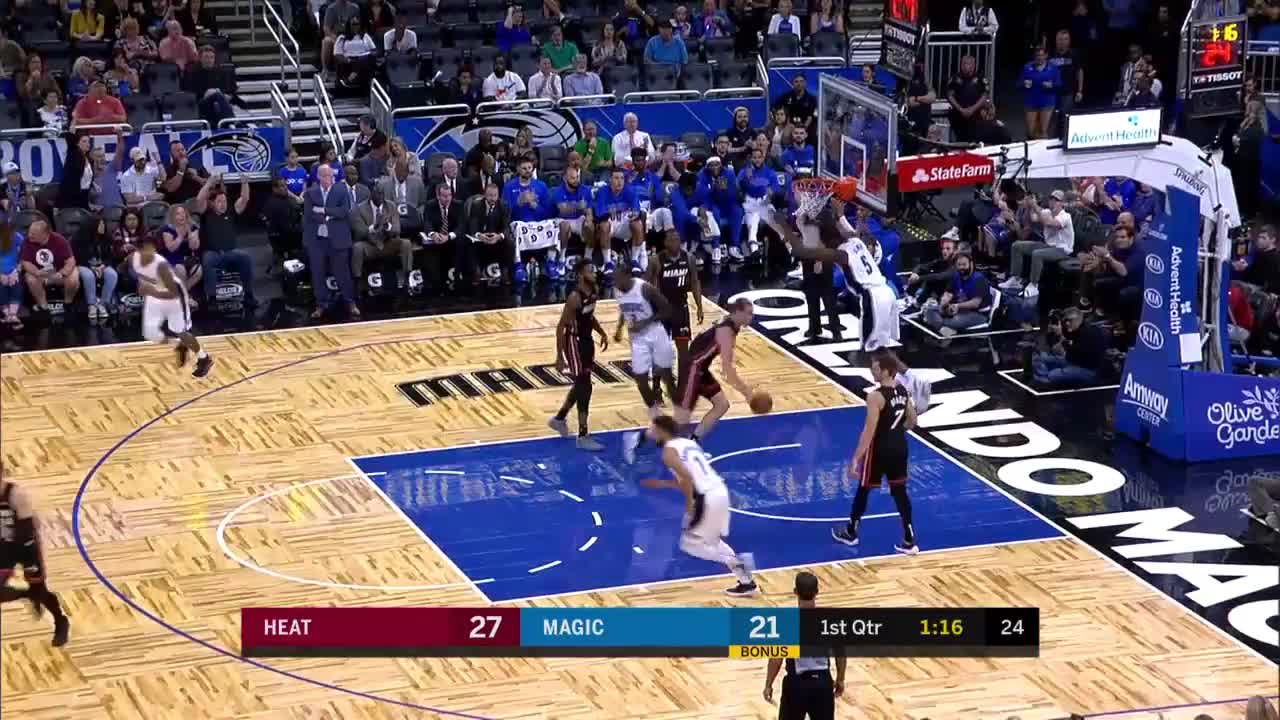 His body composition has been part of the problem at the NBA level. He didn't have the raw size to contend with old-school centers in the paint and his offensive game was limited in the new world of stretch 4s.

He's making a concerted effort to turn things around, though. Along with the added weight, he's increased his three-point shooting by 5.6 percentage points (30.0 to 35.6) over his first two years. He's knocked down 37 threes so far this season.

Meanwhile, the Magic were picking up steam before play was suspended. They'd won three straight games to push their record to 30-35, putting them 5.5 games ahead of the Washington Wizards for the final playoff berth in the Eastern Conference, and they ranked first in scoring since the All-Star break.

"We were hot. We had the No. 1 offense and our defense was getting back close to where we were last year," Bamba said. "We're all looking forward to getting back and we know what we're capable of. We know what we have to do to get back to that. We're not sure how they're going to do the format, but we're eager to play."

The NBA hasn't announced return-to-play plans, but its Board of Governors are set to meet Friday to discuss a wide range of health considerations, playoff ideas and roster guidelines should a deal get reached to restart play in a single host city, likely the Disney World complex in Orlando, per Shams Charania of The Athletic.

If play does resume, Bamba figures to remain a deep reserve on the Magic depth chart, especially if Jonathan Isaac returns from a knee injury for the playoff run.

He's making the necessary adjustments to become a bigger piece of Orlando's puzzle in the future, though.