Bleacher Report catches you up on the latest news from WWE and AEW.

Matt Riddle is a polarizing figure in the wrestling business. Not necessarily with fans, who have come to love his laid-back persona, off-kilter style in the ring and bro-tastic promos.

However, his outspokenness has rubbed some the wrong way—leading to rumors he has heat backstage. That would typically lead to a quick denial from most performers. Riddle, however, acknowledged there is some truth to the buzz in an interview with SportsKeedia's Gary Cassidy:

"If I talk a certain amount of trash, people are like, 'Oh, man, that guy's uncontrollable, he does what he wants.' You know what I'm saying? I'm doing the job, I'm in the business I'm in. I'm a tag champ, I was in the Rumble, so how does this guy have so much nuclear heat?

"I was in Vince McMahon's office just three weeks ago, before this thing broke out. I was in headquarters talking to him - and, yeah, we mentioned the heat I have with certain people but, at the end of the day, he signs the cheques, he makes it happen for me and they're in control, not the talent.

"If employer's happy and I can make them money and make them a profit, and I'm worth my weight and I'm pulling my weight, I don't see a problem. To answer your question, yes, some people I have heat with. But most of it's just high school, catty, 'He said this,' people who just can't take a joke or a work."

In other words: Goldberg definitely doesn't like Riddle. While WWE may have played into the tension for the storyline, it wasn't a work. The dislike from Goldberg's side was likely very real, given the number of insults—most very true—Riddle hurled his way.

Riddle straddling that line between character and the actual truth makes him one of WWE's most compelling performers. That said, it's no surprise that it may rub some people the wrong way.

Kevin Owens Out With Ankle Injury

Kevin Owens jumping off the WrestleMania sign may have been one of the best wrestling moments of the year, but it was apparently costly. Owens revealed in an interview with RDS, which was conducted in French, that he will undergo an X-ray to determine whether he suffered a fracture or a sprain of his ankle jumping off the sign onto Seth Rollins.

He has not appeared on Raw since the night after WrestleMania, which was taped weeks ahead of its airing.

“The great thing about WWE is that it doesn't require us to be there if we don't want to. This is also why in the last two weeks I have not been present because I preferred to be at home with my family," Owens said, per the Wrestling Observer.

No timetable has been given for his return to action.

Suffice it to say Karl Anderson had his issues with how his time with WWE went. Anderson, who was released along with tag-team partner Luke Gallows last month, accused WWE of leaving out things for people they don't want to get over:

It's unclear as to what Anderson is referring. Gallows and Anderson never did much to get themselves over with the WWE audience; their only real runs of notability came when they were paired with AJ Styles. Whether that was their fault or WWE's is up to interpretation.

We just have a good feeling where Anderson stands on that matter. 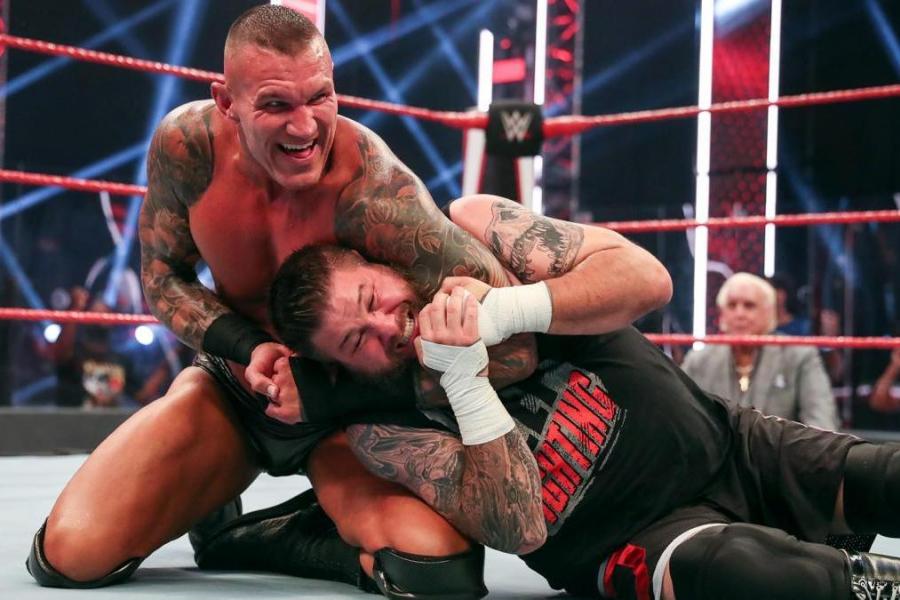