According to SiriusXM NHL Network Radio, Byfuglien's release was part of an agreement between the two sides to settle the grievance Byfuglien filed against the Jets after the Jets suspended him in September.

Winnipeg suspended Byfuglien after he failed to report to the team during training camp while considering retirement.

Byfuglien did not report to the team at any point before the 2019-20 season was suspended in March because of the coronavirus pandemic.

The 35-year-old is a 14-year NHL veteran who has also spent time with the Chicago Blackhawks and Atlanta Thrashers, who later relocated and became the Jets. He spent eight seasons in Winnipeg and nine in the Jets organization counting his one season in Atlanta.

Byfuglien is a four-time All-Star and a one-time Stanley Cup champion who has been one of the best offensive defensemen in the NHL over the past decade. The Roseau, Minnesota, native has racked up 177 goals and 348 assists for 525 points in 869 career regular-season games. He also finished with a plus rating in each of his past five campaigns after failing to do so in eight of his first nine seasons.

Entering the 2019-20 season, Byfuglien had appeared in at least 66 games in seven of the previous nine seasons. He reached the 45-point mark in each of those seven years.

While Byfuglien did spend some time at forward earlier in his career, he has primarily been a defenseman, which adds to the impressiveness of his seven career seasons with at least 15 goals, including two 20-goals seasons.

Byfuglien has excelled in the playoffs as well, registering 21 goals and 29 assists for 50 points in 66 postseason games.

When the Blackhawks won the Stanley Cup in 2010, Byfuglien played a major role, as he finished with 11 goals and 16 points in 22 playoff games.

Even without Byfuglien in the picture this year, the Jets own the No. 1 wild-card spot in the Western Conference with 80 points. It is unclear whether the NHL will attempt to finish the regular season or go straight into the playoffs if the 2019-20 season resumes.

While Byfuglien could decide to step away from the game for good, the fact that his contract with the Jets was terminated means he might intend to find a new home for the 2020-21 campaign and beyond.

Nine years ago today it was official: The NHL was returning to Winnipeg 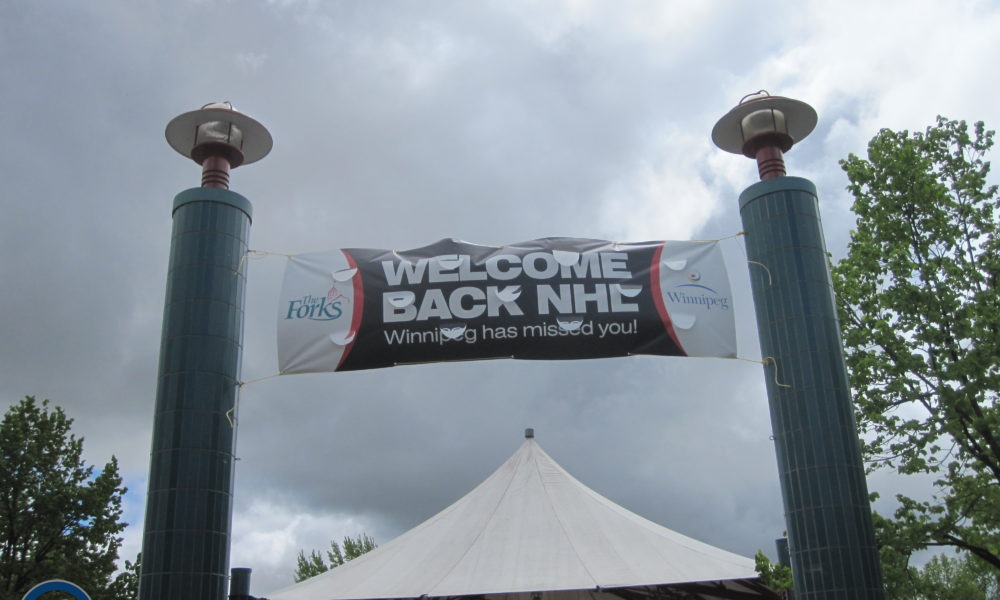 Nine years ago today it was official: The NHL was returning to Winnipeg