As the veteran explained in an Instagram post, he will open $2,500 tabs at Mandy Salads and Notre-Boeuf-de-Grace beginning Sunday for anyone who shows a hospital badge to receive a free meal.

Petry explained his admiration for the hospital workers in the post:

"The around the clock hours they are working to help fight this crazy virus is nothing short of heroic. I’m sure they would say 'I’m just doing my job', but to us it’s more than that. These selfless individuals are not only putting themselves at risk, but are also dealing with the same stresses that come along with these circumstances when they go home. We want them to know we are thinking of them & supporting them."

The 32-year-old is in his sixth year with the Canadiens after beginning his career with the Edmonton Oilers.

While the NHL season has been on hiatus to help slow the spread of the disease, multiple hockey players have taken it upon themselves to help their communities.

Why don’t we ask more white players about racism in hockey? 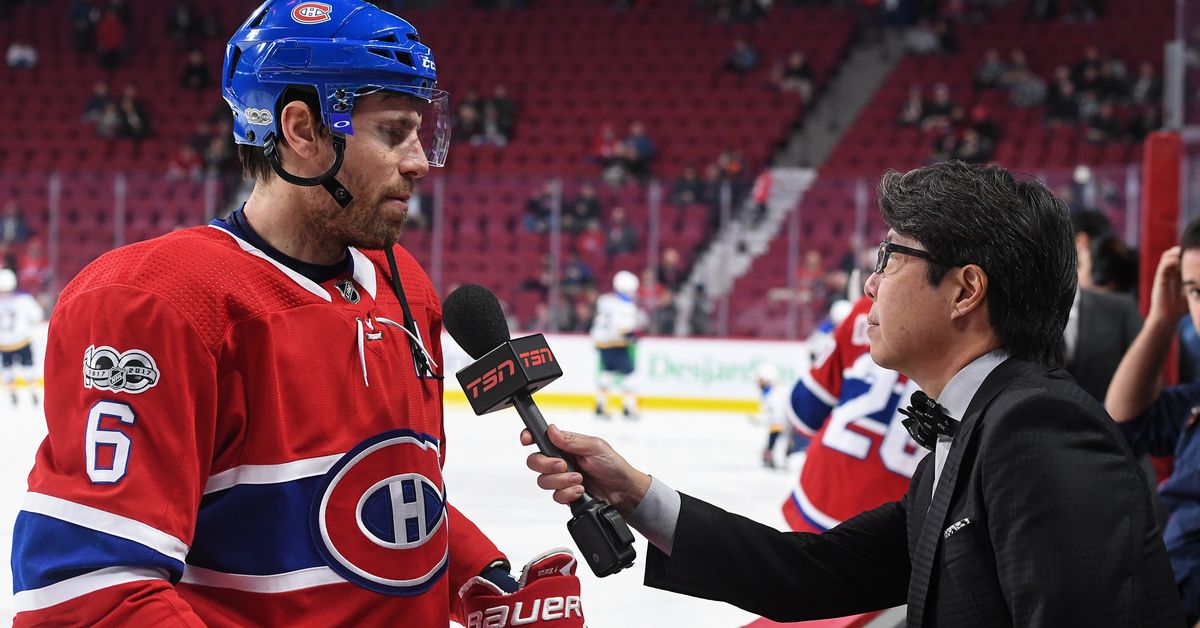 Why don’t we ask more white players about racism in hockey?

Julian McKenzie
via Eyes On The Prize