We had been building towards a mouthwatering summer transfer window, but suddenly the whole landscape has changed.

The impact of the coronavirus has shut down all major football across the globe and cast doubt on campaigns even being completed across Europe. As a result, all the big transfer rumours we have been reading about are now in doubt.

Will Jadon Sancho return to the Premier League? Are Bayern Munich still going to pursue Leroy Sane? What happens with Real Madrid's dream to land Kylian Mbappe, and Neymar perhaps moving back to Barcelona?

We have no idea when the 2019/20 season will end, and, as a result, the transfer window is going to be majorly impacted. At best, sources believe July 1 is a realistic cut-off point—for the Premier League fixtures, anyway.

It means the start of the transfer window, due to open June 10, will almost certainly be delayed. And on top of that, figures who work within the game believe deals that cost substantial sums could be off the table completely.

"Coronavirus has brought a halt to football and, consequently, brought an end to almost all negotiations regarding summer deals," one source told B/R. "All of a sudden, every club is unsure what the value of any player will be—and whether they can even afford to pay their current squad."

Borussia Dortmund's Sancho is going to be an intriguing test case. He's widely expected to move back to English football, and Manchester United, Chelsea, Liverpool and Manchester City all have an interest in signing him, with the Old Trafford club leading the chase.

They hoped to make progress on talks before the end of May but that is now tricky.

Dortmund officials have not been in much of a position over the past few weeks to field deep discussions over the player's future. Furthermore, some figures at the big Premier League clubs are left wondering if his £120 million valuation is going to stand the test of time.

Insiders at Manchester United and Chelsea would not rule out still signing Sancho at his mega-valuation, given both clubs are in decent shape and had been preparing big spends. But there is an acceptance that it could be frowned upon morally, at a time when so many individuals, businesses and football clubs are up against it.

Clubs are losing money in gate receipts, advertising and merchandise. But most of all, they fear being forced to give up cash from broadcasting rights that they rely on.

If this season cannot be completed, it is going to have a major impact on the way we value elite football talent.

Daniel Geey, one of the UK's most highly respected sports lawyers, told B/R: "It's difficult in this time of sensitivity to even consider multi-million pound transfers, when ultimately the benefit of football that can come from the fact sport is back on television and would allow escapism.

"Right across the top five leagues and everybody else, the issue of finishing the season has financial consequences, particularly linked to broadcasting and tickets. There will come a point when clubs can't afford to continue to pay their players without games being televised. They need commercial revenues, and that will concern everyone—players and clubs.

"TV money is staggered throughout the season and if all games are not completed, the broadcasters could say they haven't received the value of games—and would have pretty forthright conversations with leagues."

The Premier League is hit hardest by this concern. Their broadcast deals with Sky Sports, BT Sport and Amazon total £1.665 billion and are higher than any other top league.

It was reported by The Athletic that the sum Premier League clubs would have to repay if this season remains unfinished is £762 million.

Agent Sam Winstanley of Beswicks Sports told B/R: "As it stands right now, the message I'm getting is that the Premier League will be back behind closed doors as soon as possible. I think they will want to get the season completed by July 1.

"We have got a lot of lads out of contract and they are all just waiting to see what happens. The truth is, everyone is in the dark right now.

"I've been on the phone a lot this week like everyone has, just trying to get an idea of what everyone thinks will happen. I have spoken to clubs in Germany, and some are worried. There are members clubs over there, some run close to the margin, and no one knows how this will play out economically.

"From what I've heard, clubs just aren't talking about signing players right now. It's all stopped."

It's an incredible reality check for clubs to face, but that prospect of dealing with player contracts is also going to become a major theme.

Some players will have no problem with extending their deals by a month or two, as suggested by Chelsea's Willian recently.

He told Brazilian TV station Esporte Interativo, per TalkSport: "My contract really ends I think in July. If I had to play on those dates, in these months, I think it would be no problem for me to end the league in a way which would be loyal to the club, as they always were with me, regardless of a signed paper."

But it will not be that simple for players and clubs across the board.

As one intermediary told B/R: "Do not forget about aspects such as insurance in matters like that. It's all very well Willian saying he will play without a  contract—but what if he breaks someone else's leg? Suddenly there is a new problem. Contracts are not just for the player, they also protect the other team and help with liability."

Clubs across England's professional leagues are looking at the potential of wage deferrals, pay cuts and wage caps in order to keep their finances in order to help them cope with the monetary burden they face.

But the prospect of playing staff simply continuing to play beyond the end of June without a contract seems a non-starter.

Lawyer Geey, who wrote Done Deal: An Insider's Guide to Football Contracts, Multi-Million Pound Transfers and Premier League Business, explained: "I can't see players agreeing to play on a game-to-game basis. It won't be accepted as there will be insurance issues; what if they get injured or someone else does?

"One other example of an issue that could arise is at Watford, who have two keepers out of contract from the end of June, which causes a potential issue. Unless one signs, they could have to rely on a third-choice keeper as they can't recruit anyone.

"The Premier League has relaxed particular rules with the FA to effectively extend the season, though, so it is not beyond the realms that they tweak registration of players."

It has been suggested that all contracts be extended to include the end-of-season date, but as one source explained: "Some clubs have decided they do not want to keep players and will have to fork out thousands to keep them when they are not wanted. They will say, 'Why would we pay this? No thanks.'

"It's going to get very complicated."

These are unprecedented times across the world, and giant football clubs are having to adjust to the impact of COVID-19 as quickly as the rest of us.

FIFA will begin looking at potential solutions to help clubs alter their plans and there is a hope that everything will even out again later this year. One idea is to extend the summer window to late into the year—giving teams breathing space financially and with building their squads.

But what looked like a summer of exciting transfer moves is certainly being viewed differently right now. The state of this 2019/20 season has left just about every player and team in a state of flux.

Players from all 20 clubs combine to start #PlayersTogether initiative

Blues striker had verbally agreed to join Inter in January 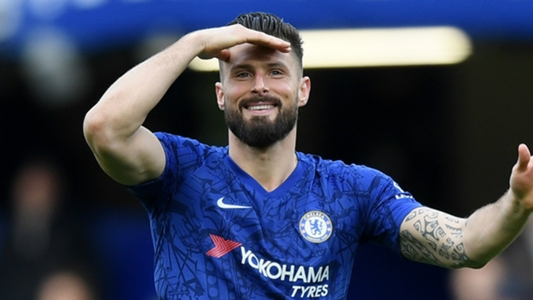 Players and staff will lower salaries by up to 20%