The Miracle on Ice happened 40 years ago.

There was something of another one Saturday.

The Carolina Hurricanes defeated the Toronto Maple Leafs 6-3 in an Eastern Conference showdown behind two goals from Warren Foegele and one goal each from Martin Necas, Nino Niederreiter, Teuvo Teravainen and Lucas Wallmark, but the scorers were hardly the story.

Disaster appeared to strike for the visitors when goaltenders Petr Mrazek and James Reimer went down with injuries, and the Hurricanes announced they were forced to turn toward emergency goalie David Ayres.

Here's something you don't see every day. After Petr Mrazek and James Reimer went down with injurues, emergency goalie David Ayres makes his @NHL debut! https://t.co/DR1pswn90C

The announcement noted the 42-year-old was last an emergency goaltender on Feb. 1 for Carolina's AHL minor league affiliate, the Charlotte Checkers. That game came against the Toronto Marlies, which Mike Zeisberger of NHL.com pointed out is the team Ayres works for as a Zamboni driver.

Talk about a memorable NHL debut.

Stats by STATS noted he was the first player in MLB, NBA, NFL or NHL to debut at 42 years old or older since Satchel Paige did so in July 1948 at the same age. Paige was in the Negro Leagues before he made his MLB debut.

And of course, your first star of the night! https://t.co/Rs6uj4Y3lM

You can't make these stories up. What a moment for Dave Ayres as he collects his first NHL win. https://t.co/tivSTilvEn

We believe in Dave https://t.co/YnxhFKTLpN

It appeared as if Ayres was in for a long night when he quickly allowed two goals, which turned Carolina's commanding 4-1 advantage into a narrow 4-3 lead. However, he was perfect from there and finished with eight saves on 10 shots faced as his team pulled away.

"I told the boys in the dressing room once we come out for the third I'll be settled down and ready to win this one," he said after the game.

"I told the boys in the dressing room once we come out for the third I'll be settled down and ready to win this one." Dave Ayres is incredible. 👏👏👏 (🎥: @Sportsnet) https://t.co/Cb2VCB4KYV

Ayres even drew congratulations from other teams around the league:

It was a critical win for the Hurricanes, who entered play in the middle of a tight and crowded wild-card race in the Eastern Conference. The Columbus Blue Jackets, New York Islanders, New York Rangers and Florida Panthers are all jockeying for position and within four points of each other, meaning every victory is important.

None will be more memorable for Ayres than Saturday's. 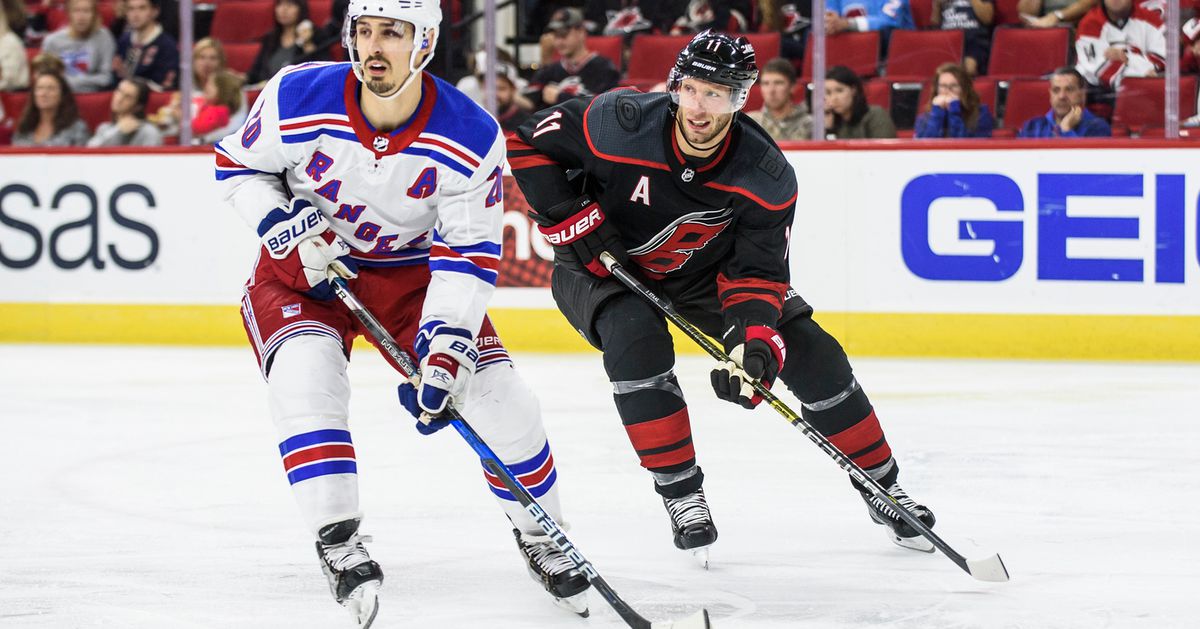