Sunday night's All-Star Game was interrupted by news from the NBA basement.

The 14-40 Cleveland Cavaliers and first-year head coach John Beilein "have discussed the possibility" of having the former Michigan coach step down during the All-Star break, according to ESPN's Adrian Wojnarowski and Brian Windhorst.

Woj added that a final decision has not yet been reached.

The Athletic's Shams Charania, Kelsey Russo and Jason Lloyd dispatched a separate report at the same time disclosing that Beilein "is not expected to remain" Cleveland's head coach beyond this season.

"The terms of the separation, and the exact timing of it, are not yet known, but momentum is building toward his exit," they noted.

Sources: Beilein left for the All-Star break weighing his future as coach -- including the possibility that he's coached his final game, league sources tell ESPN. He has yet to make convey a decision, but there's been conversation w/ management about the option of a prompt exit. https://t.co/L5LVVyLiu4 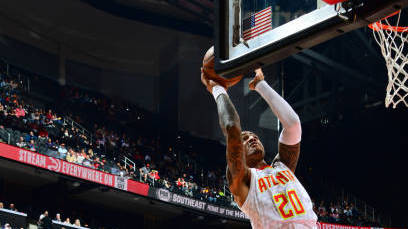 Beilein was hired by the Cavs on a five-year contract last May.

Beilein was at the center of controversy in early January when word got out that he had told Cavaliers players they weren't playing "like a bunch of thugs" during a film session. However, Wojnarowski reported that Beilein "reached out to players individually to insist he instead meant to use the word 'slugs.'"

Per The Athletic, his son Patrick Beilein resigning from his position as head coach at Niagra in October "under tumultuous circumstances" has affected Beilein's ability to coach in Cleveland.

This is Beilein's first head-coaching job in the NBA. Previously, the 67-year-old had coached in collegiate basketball from 1992 to 2019. He is best known for his 278-150 record across 12 seasons at Michigan.