Per ESPN's David Newton, Rivera, along with his wife, Stephanie, raised $30,237 by selling Carolina Panthers items during a Saturday yard sale at the Humane Society of Charlotte.

Newton noted the Riveras will donate the entire sum to the Humane Society to help construct a new campus and research facility.

Among the items sold were T-shirts Rivera had custom made with various slogans and shoes he wore on the sidelines during Panthers games. Cam Newton, Greg Olsen and Luke Kuechly also donated items used in the sale.

"This is kind of our swansong, our last opportunity to really say thank you one more time,'' Rivera told Newton.

Rivera spent nine seasons as Panthers head coach before being fired 12 games into last season. The 58-year-old left the franchise as its all-time leader in wins (76) and led the team to four playoff appearances, including a trip to Super Bowl 50.

Washington hired Rivera as its head coach on Jan. 1. The Redskins haven't made the postseason or finished higher than third place in the NFC East since 2015.

Five Possible Trade Down Scenarios For The Panthers 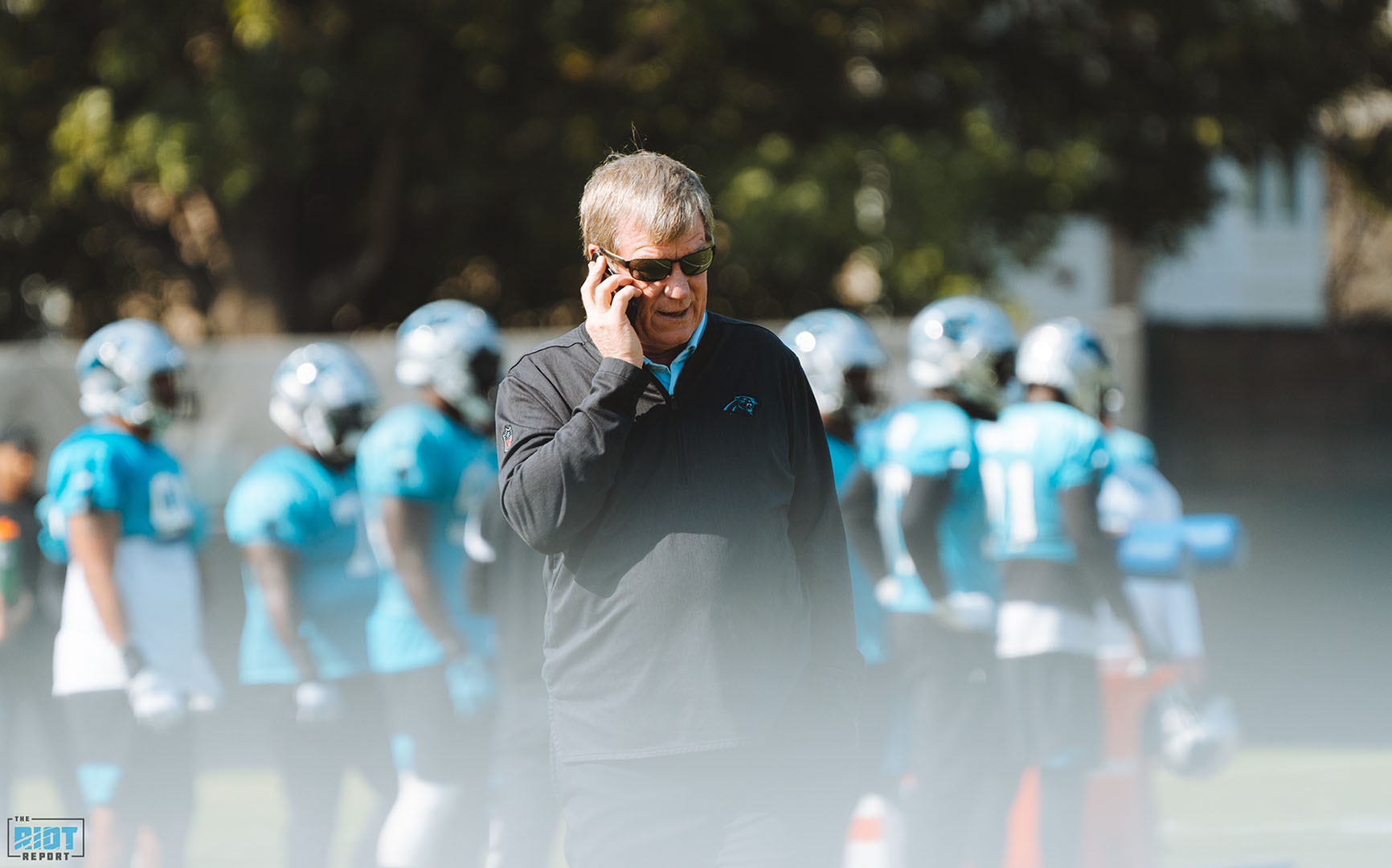 Five Possible Trade Down Scenarios For The Panthers

Posts by Vincent Richardson
via The Riot Report