Real Madrid captain Sergio Ramos is an "anomaly" because of the amount of goals he has scored from centre-back, according to Los Blancos legend Fernando Hierro.

Hierro played variously as a sweeper and central defender during his glittering career.

Between 1989 and 2003, he won five La Liga titles with Real, as well as three UEFA Champions Leagues, and he scored a quite remarkable 102 goals in 439 league appearances for the Madrid giants.

Ramos, 33, netted his 63rd La Liga goal for Real in his 440th appearance against Osasuna on Sunday to continue his own phenomenal scoring run:

🙌💪 Yesterday's appearance against @CAOsasuna was @SergioRamos' 440th for us in LaLiga, taking the captain above Fernando Hierro and up to FIFTH on the list of @realmadrid players with most appearances in the competition! #HalaMadrid https://t.co/FTeEboIRJc

90 goals in all competitions for Real Madrid 😘⚪️ @SergioRamos https://t.co/2rhLZfkDyq

Hierro said in the wake of Real's 4-1 away victory that Ramos' goalscoring record is particularly remarkable due to the era in which he plays, per La Liga (h/t Goal's Dejan Kalinic):

"Sergio Ramos is absolutely remarkable. Years ago we defenders had more chances to score, we'd often play in midfield. But in today's day and age, in the 21st century, Sergio is extraordinary. [Gerard] Pique scores quite a few goals too, but Sergio really is an anomaly. His goalscoring record for Real Madrid and the national team is remarkable."

Not only does Ramos score much more frequently than the average central defender, he has a knack for coming up with important goals for Real.

His close-range header in Pamplona put Los Blancos 2-1 ahead seven minutes before half-time after Isco had cancelled out the opener from Osasuna's Unai Garcia.

The scoreline paints a picture of a comfortable day's work for Real, but things were not going their way until Isco and Ramos scored within five minutes of each other to turn the game on its head.

Even in the second half, Osasuna threatened to take some points off the league leaders until Lucas Vazquez and Luka Jovic found the net in the final 10 minutes.

The victory briefly moved Real six points clear of Barcelona at the top of La Liga, but the Blaugrana then launched their own comeback victory at Real Betis:

✅ Matchday 23! 🤔 Where is your team in #LaLigaSantander Standings now? https://t.co/CoNMlVJ5uV

The two sides meet for a potentially season-defining Clasico at the Santiago Bernabeu on March 1.

Before then, Ramos and Real play Celta Vigo and Levante in La Liga, as well as the first leg of their Champions League last-16 tie against Manchester City.

Unfiltered Jermaine Jones Goes IN on USMNT and Arena

Unfiltered Jermaine Jones Goes IN on USMNT and Arena

Despite all those Barca links... 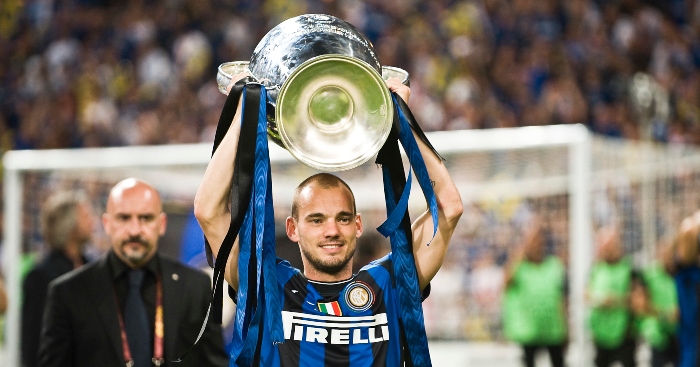