The Michigan Wolverines scored a 77-68 rivalry win over the No. 16 Michigan State Spartans on Saturday at the Crisler Center in Ann Arbor, Michigan.

Michigan, which is on the NCAA tournament bubble with a month left in the regular season, improved to 14-9 with a 5-7 record in Big Ten play thanks to the minor upset. It also moved the team's mark to 4-4 against ranked opponents this season.

Michigan State has now dropped three straight games and five of its past eight to fall to 16-8. The Spartans' 87-69 win over Michigan in the teams' first meeting last month is one of just two victories over ranked foes during the current campaign.

Cassius Winston tallied 20 points, six assists and four rebounds but made just five of his 18 shots from the field. Xavier Tillman chipped in a double-double (17 points and 12 boards).

Michigan head coach Juwan Howard will likely be most pleased with the team's improvement at the defensive end.

"They got too many open looks," Howard told reporters after a loss to the Penn State Nittany Lions last month. "It was because of a lack of communication on the defensive end—and it's January 22. ... It's very challenging to come up here and have to talk about that we're not communicating enough. I don't understand why."

It held MSU to 33.3 percent shooting, including 26.1 percent from three-point range. It's the second straight ranked opponent the Spartans held below 35 percent from the field. The Rutgers Scarlet Knights posted similar numbers (32.5 percent FGs; 25 percent 3s) against Michigan last Saturday.

The Wolverines' have made steady progress on that end of the floor since Howard's comments, and it's helped them take some key steps toward a March Madness berth.

Meanwhile, Michigan State opened the season as the No. 1 team in the country, but it has rarely showcased that type of high-end form during an up-and-down season.

Trying to get more balance offensively should be the focus during the stretch run of the regular season for the Spartans, who are an NCAA tournament lock.

Too many times during the second half of Saturday's game it was Winston or nothing at the offensive end. He attempted nine of his 18 shots in the final 6:31 as MSU tried to mount a comeback.

Michigan State still has the talent to make a deep run in March. The onus is on the team's secondary contributors, led by Gabe Brown (0 points Saturday), Malik Hall (8) and Rocket Watts (7), to start making their presence felt more consistently, though.

The Spartans remain on the road to face the No. 20 Illinois Fighting Illini on Tuesday, while the Wolverines are back to the floor Wednesday when they visit the Northwestern Wildcats. 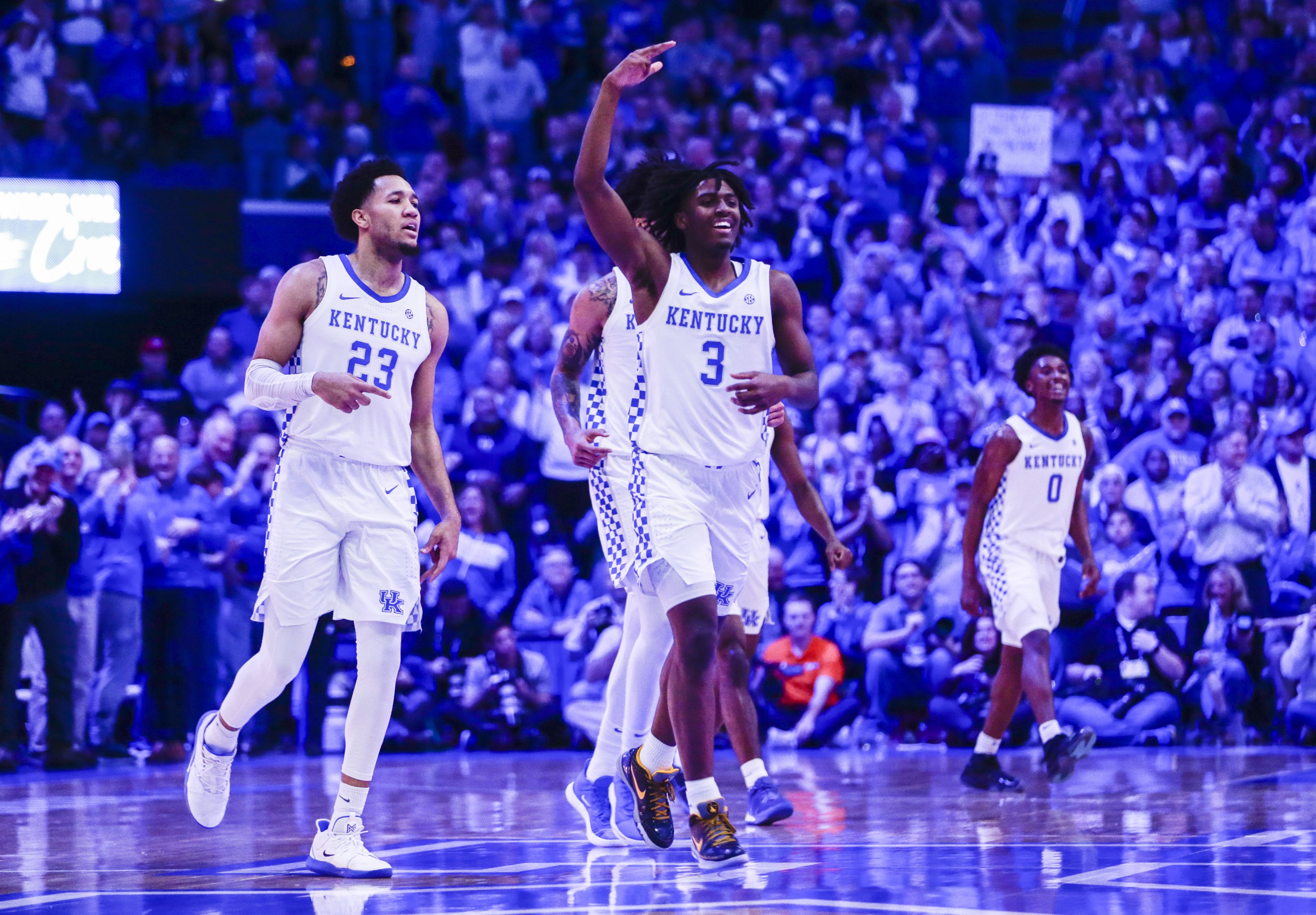