Michigan guard Zavier Simpson's one-game suspension in January was the result of crashing a car that belonged to Chrislan Manuel, the wife of Michigan athletic director Warde Manuel.

Samuel Dodge of MLive.com acquired the police report via the Freedom of Information Act and provided more information on the incident, which took place in the early hours of Sunday, January 26, in Ann Arbor, Michigan:

"The report also shows that the University of Michigan basketball star lied to officers about his name and whether he was driving when the vehicle crashed into a utility pole in Ann Arbor hours after Michigan’s loss to Illinois last month, according to the police report.

"Officers found the senior point guard outside the vehicle that made contact with a pole and street sign on the corner of Hill Street and South Forest Avenue at 3:03 a.m. Sunday, Jan. 26, according to the report.

"Simpson initially told officers his name was Jeff Jackson Simpson and that he was walking down South Forest Avenue when he noticed the crashed vehicle, Ann Arbor police said."

Officers recognized Simpson as the team's point guard, however. He was given a traffic citation for "driving too fast for conditions," per Dodge.

Simpson, a senior, sat for his team's 79-68 win over Nebraska on January 28. He returned for Michigan's win against Rutgers four days later.

The team captain was reinstated after one game following a decision by Manuel and head coach Juwan Howard, who noted that the situation would be handled in-house:

Simpson provided a statement and said he accepted "full responsibility" for his actions and apologized to his team and others.

Michigan's next game will be home against rival Michigan State on Saturday at noon ET.

@KerranceJames expects shakeups in the top 16 after last week 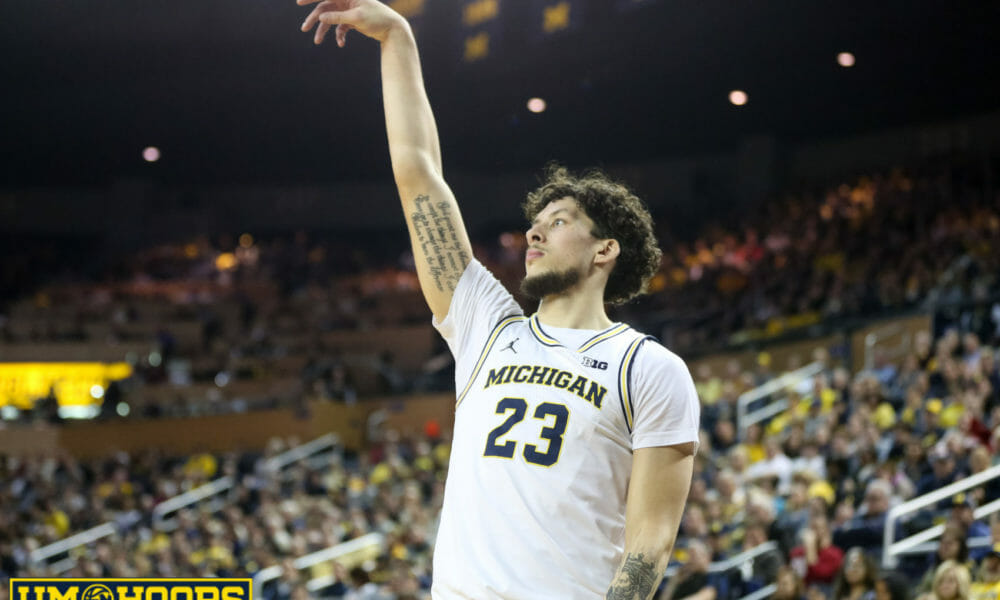