The Chicago Bulls consider Zach LaVine to be "off limits" amid trade interest ahead of Thursday's deadline, according to the New York Times' Marc Stein.

LaVine is averaging career highs in points (24.9) and rebounds (4.9) while shooting 44.2 percent from the field and 37.6 percent from beyond the arc.

"I know teams have called the Bulls about Zach LaVine — recently. Good teams. The Bulls typically throw the phone out the window when people call about Zach LaVine, just don't even bother. I assume that is still their stance, in part because Wendell Carter Jr. is injured, Markkanen's injured, Porter's injured. You traded Jimmy Butler in a defining pivot of your franchise, what, three years ago now? If you trade Zach LaVine for picks, that's a hard sell for your fans, especially after you've now promoted Zach LaVine's All-Star candidacy."

That the Bulls would value LaVine so high isn't surprising. This is the best season of his NBA career, and Lowe outlined the public relations hit Chicago would inevitably absorb were it to send the 24-year-old elsewhere. He's also under contract through 2021-22, so there isn't an imminent threat of him leaving as a free agent.

The obvious question is whether LaVine should be held in such regard by the Bulls front office.

If Zach LaVine is “off limits” — and I’m not sure he truly is — it’s only cuz trading him would be admitting the Butler trade didn’t work and then somebody might get held accountable if this wasn’t the Bulls and nobody ever has to worry about being held accountable. 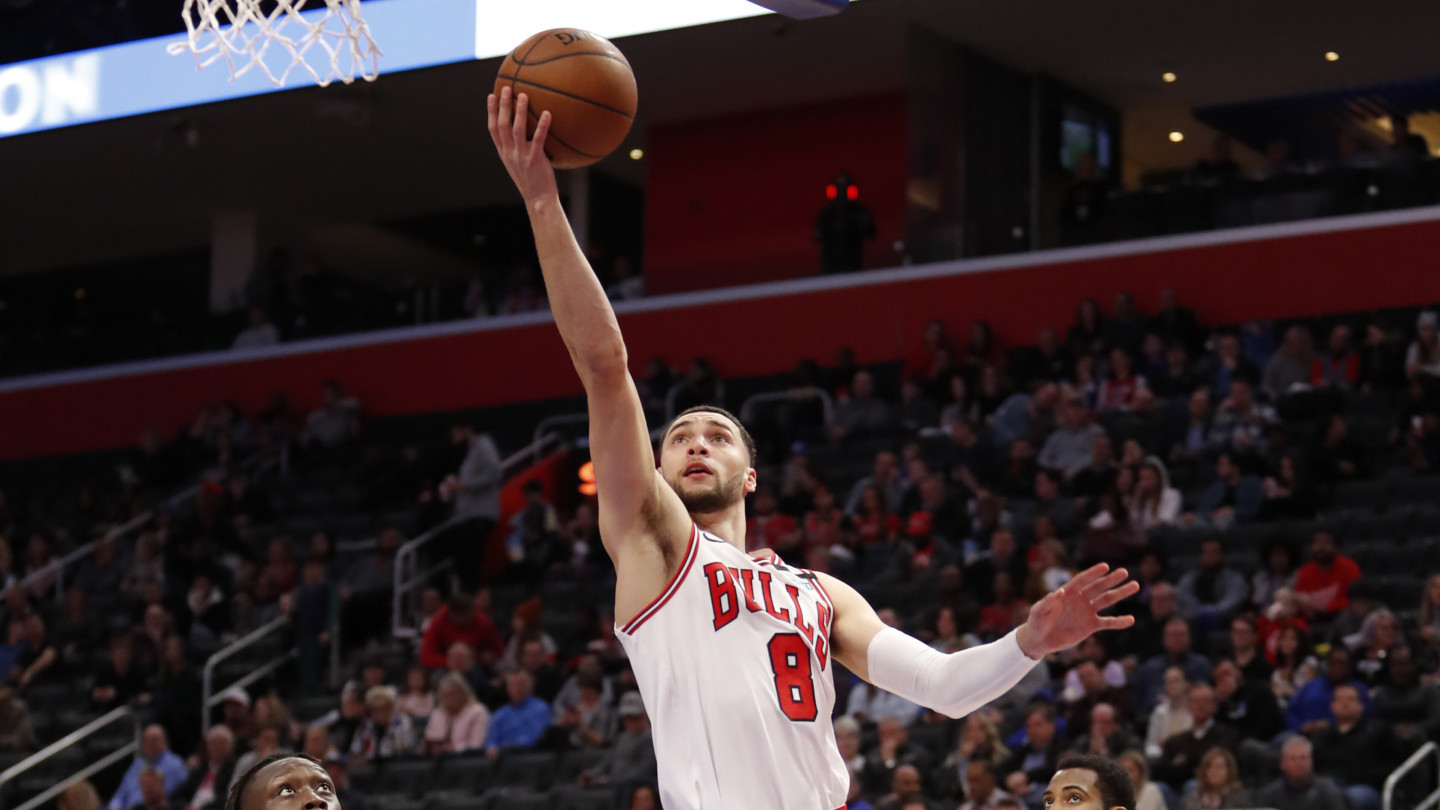 The dynamic combo guard is Chicago's No. 1 scoring option, but he'd be unlikely to have that role on a team with a stronger supporting cast. His 22.9 points-per-game scoring average with the team has to be weighed against a .315 winning percentage over two-and-a-half seasons.

All of his scoring is doing little to move the needle much in the Windy City.

LaVine is also 60th among point guards in ESPN's real defensive plus-minus (minus-0.90), though he's holding opponents to 33.1 percent shooting on three-pointers, according to NBA.com.

While the Bulls shouldn't be in a hurry to move LaVine, it's an option the team should at least have on the table were another general manager to make an offer well above what he's worth.