Manchester City players left the Tottenham Hotspur Stadium in a state of shock and disbelief after their 2-0 defeat.

Any small hopes of retaining the Premier League title were gone. Inside their dressing room, boss Pep Guardiola had given them a dressing down.

Onlookers in the bowels of Spurs' stadium on Sunday saw those City players creep away from north London knowing they had come up short in their title defence. We have now reached the end of this team's dominance.

We have reached a time when Guardiola needs to revamp a squad of champions and breathe new life into the club.

The Spaniard needs to prove he can bounce back from this—that he can rebuild and put City back on top of English football.

It's not something he is used to doing. At Barcelona, Guardiola spent four years as boss. At Bayern Munich, it was three years.

If he continues at the Etihad Stadium, as he plans to do, this will become his longest stint in one management job—and it will mean we can watch him oversee a rebuild. It will mean he builds Man City 2.0.

For many he is the most influential foreign manager to arrive in English football since Arsene Wenger, but how does he rise again after this season's title failure?

We reached out to insiders around City to try to discover what will be in store.

Defence is an obvious area of improvement, and there is a long-term plan in place for how they start to build again.

Chief executive, Ferran Soriano, and director of football, Txiki Begiristain, are leading this overhaul. Guardiola is completely on board with what comes next, including the addition of two central defenders.

B/R sources indicate that one of those signings would be a top name ready to come into the side, while the other would be more of a long-term signing to be slowly eased in.

The idea is that City will have at least five strong options to pick from each matchday—Aymeric Laporte, Fernandinho and Eric Garcia will be among them.

Signs from insiders suggest that Nicolas Otamendi will almost certainly leave, while John Stones could also be on his way out if an appropriate offer lands from another club.

According to sources, Napoli's Kalidou Koulibaly, Caglar Soyuncu of Leicester City, Benfica's Ruben Dias and Milan Skriniar of Inter Milan are all believed to be top-tier prospects. Nathan Ake of Bournemouth and Villarreal's Pau Torres are two names also understood to be under consideration.

In the full-back positions, we should also prepare for signings. Benjamin Mendy is not safe from being put on the market—Leicester's Ben Chilwell is on the radar. Interestingly, Chelsea are also expected to pursue both Chilwell and Koulibaly if they emerge as attainable targets.

This is mostly a strong area—City are content with how the situation is shaping up, but there is also a feeling they might need one smart addition.

The good news is that Rodri is developing into a player they should be able to trust by next season; Phil Foden will step up to fill David Silva's boots and should finally be considered a regular starter; and Kevin De Bruyne is going nowhere and will continue to be one of their most important players.

Silva will move on—as may Ilkay Gundogan, a decision is set to be made on him at the end of the campaign. There is every hope that Oleksandr Zinchenko can get back to being a midfielder, and Tommy Doyle, an 18-year-old academy product, will become a more recognised squad member as they continue his integration.

The signing of an extra player is possible, and Ruben Neves of Wolverhampton Wanderers is someone they admire, as is Jack Grealish of Aston Villa, according to sources. B/R has also been informed that Marten de Roon, the Atalanta and former Middlesbrough player, is being scouted.

And so we move on to the forward line—and two men could leave in the summer. Leroy Sane to Bayern Munich remains a real possibility, while there is also a feeling from sources that Gabriel Jesus will decide to leave.

Jesus seriously considered his future last summer but decided to have another shot at nailing down a regular first-team spot. Indications now suggest he will not wait for another year after starting just 12 Premier League games this season.

City are confident Raheem Sterling will not move to La Liga this year, despite Real Madrid and Barcelona's watchful eyes, but the club are beginning to think about how to replace 31-year-old Sergio Aguero.

He has 21 goals from 25 matches this season, is their record scorer but wants to end his career back home with Independiente, and the club's recruitment staff are working hard to ensure they are not caught short when he makes that move. Ideally, they would want someone in before he leaves.

They have a buyback option on Jadon Sancho, giving them the opportunity to match any bids that are made to Borussia Dortmund, and they will have to consider the idea. PSG's Kylian Mbappe is hugely admired but out of their price range.

A more realistic option could be Mauro Icardi, a natural scorer, also from Argentina, who is currently on loan at Paris Saint-Germain from Inter Milan. Erling Haaland remains on their radar, and has a buyout clause of €75 million at Borussia Dortmund that kicks in after this summer.

These are fascinating times and part of the reasoning behind City 2.0 is to give Guardiola new strength. He remains one of the world's top coaches, but he may have reached a stage where his messages are not getting through as they once were.

As one insider told B/R in December: "Listening to the same voice becomes an issue at a lot of clubs, and just because Pep is the best, that does not mean he is immune to such an issue. There is nothing wrong with what he is saying. But it just might not be having quite the same effect on some players that it once did." Don't be surprised if a new coach turns up soon to help give him a new outlook on his squad.

City's title challenge for this year might be over, but the real test of Guardiola and Manchester City is only just beginning. This summer's shake-up will dictate how they bounce back to compete for English football's crown next season. 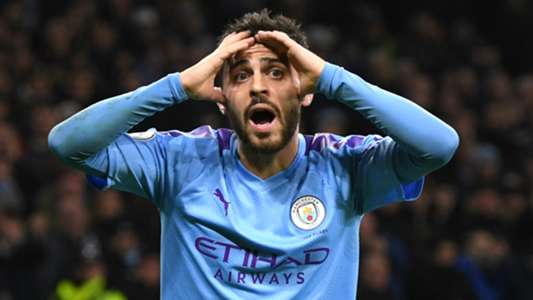