Atlanta Falcons wide receiver Julio Jones seemingly has no interest in his team selecting a quarterback early in the 2020 NFL draft.

During an interview with TMZ Sports, Jones was asked about LSU quarterback Joe Burrow and Alabama signal-caller Tua Tagovailoa and whether the Falcons should consider taking one of them if they are on the board midway through the first round:

"We've got our franchise quarterback there in Matt Ryan," Jones said.

It seems likely that Burrow will be picked No. 1 overall by the Cincinnati Bengals after he won the Heisman Trophy this season, but Tagovailoa's status isn't so certain after he suffered multiple ankle injuries and a season-ending hip injury.

Taking trades out of the equation, Tagovailoa could be selected as early as fifth overall by the Miami Dolphins, but because of the red flags regarding his health, perhaps he will still be there for the Falcons at 16th overall.

Atlanta has finished a disappointing 7-9 in each of the past two seasons, but there is reason for optimism entering 2020, as the Falcons ended 2019 on a four-game winning streak and won six of their final eight games.

Matty Ice also helped Jones have another huge year, as the latter registered 99 receptions for 1,394 yards and six touchdowns in 15 games.

Both will be back in 2020, and head coach Dan Quinn was retained as well, which suggests the Falcons are looking to win now rather than rebuild.

Atlanta does have to start thinking about its future at quarterback since Ryan will be 35 in May, but he is still playing at a high level, and the Falcons would likely be better served by using their first-round pick to address a defense that ranked 23rd in points allowed this season. 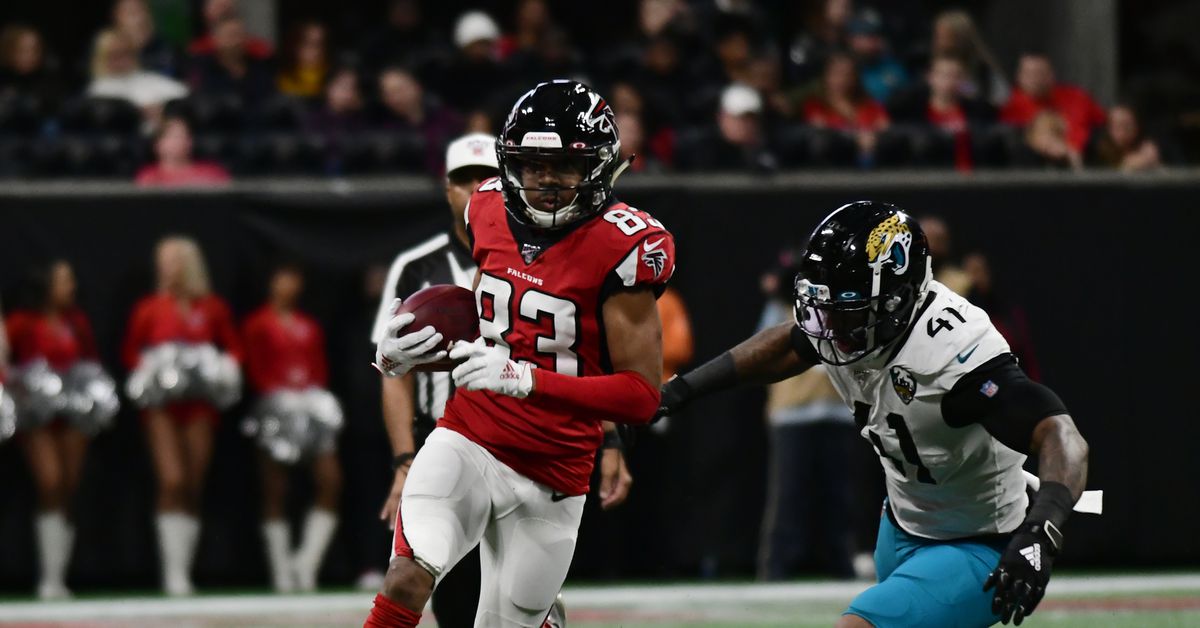