The New York Giants have reportedly hired Kitchens, who was fired by the Browns in December, to be part of first-year head coach Joe Judge's staff.

Matt Zenitz of AL.com reported the news, noting that Kitchens' role is unclear at this time.

This isn't particularly surprising considering ESPN's Jordan Raanan reported on Jan. 9 that Judge was going to talk to Kitchens about potentially joining the offensive coaching staff. The two were previously on the same staff together with the Mississippi State Bulldogs.

New York will surely be looking for more out of Kitchens than Cleveland received during his tenure.

The Browns were a mere 6-10 in his one season as head coach, severely underperforming after Super Bowl expectations set the tone heading into the campaign. After all, the team went 7-8-1 in 2018—its best record since 2007—and thrived by Cleveland standards after Baker Mayfield replaced Tyrod Taylor as the starter.

All the Browns did was promote the offensive coordinator who helped orchestrate what appeared to be a turnaround to head coach and add Odell Beckham Jr. to an offense featuring Mayfield, Jarvis Landry and Nick Chubb.

Instead of ascending to the top of the AFC North, the Browns struggled all season and hit a low point when defensive end Myles Garrett hit Mason Rudolph in the head with the Pittsburgh Steelers quarterback's own helmet. 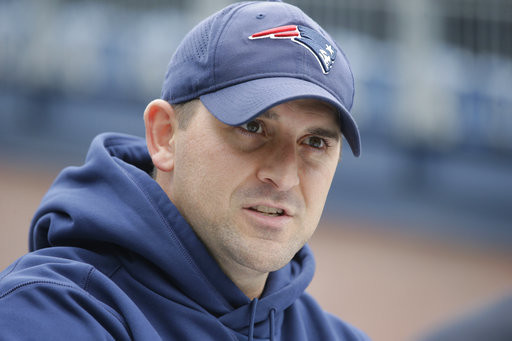 Kitchens kept the incident in the headlines by wearing a shirt that read "Pittsburgh started it."

That, along with the fact the Browns finished with an offense that was 22nd in the league in yards and points per game despite Kitchens being an offensive coach, didn't help his reputation.

Alas, he still landed a job with the Giants and will look to help Judge engineer a turnaround.

New York is coming off a 4-12 campaign and has made the playoffs just once in the eight years since it won the Super Bowl in the 2011 season. There are some intriguing offensive pieces in place with Saquon Barkley and Daniel Jones for Kitchens to work with, but he will need to be better than he was in Cleveland.