MLB commissioner Rob Manfred said Tuesday the league office has started an extensive investigation into whether the Houston Astros used technology to steal opponent signs starting in the 2017 season.

"Any allegations that relate to a rule violation that could affect the outcome of a game or games is the most serious matter," Manfred said, per ESPN's Jeff Passan. He added, "We have ... what is going to be a really, really thorough investigation ongoing."

As the owners' meetings begin, MLB commissioner Rob Manfred addressed the sign-stealing scandal. A few highlights. As to whether other teams are involved as well, he said: "I have no reason to believe it extends beyond the Astros at this point in time.”

Last week, former Astros starting pitcher Mike Fiers told Ken Rosenthal and Evan Drellich of The Athletic the club electronically stole signs in 2017 while he was on the team. The club went on to win that year's World Series, the first title in franchise history.

"That's not playing the game the right way," Fiers said. "They were advanced and willing to go above and beyond to win."

The alleged system included a camera in center field that relayed a feed to a television in the walkway between the Astros' dugout and clubhouse. Players and other team personnel would then make loud banging noises for offspeed pitches and remain quiet on fastballs.

Jimmy O'Brien collected footage that seems to show the sign-stealing efforts in action (some language NSFW):

Passan reported Thursday that MLB has expanded the investigation to include teams beyond the 2017 Astros in an effort to "cull tangible evidence from the widespread paranoia of front offices and teams around the game about others cheating and has indicated it will consider levying long suspensions against interviewees who are found to have lied."

The Astros released a statement after Fiers' comments became public: "Regarding the story posted by The Athletic earlier today, the Houston Astros organization has begun an investigation in cooperation with Major League Baseball. It would not be appropriate to comment further on this matter at this time."

The league hasn't provided a timetable to complete the probe or the announcement of possible penalties.

Did MLB Do Enough to Deal with the Astros? 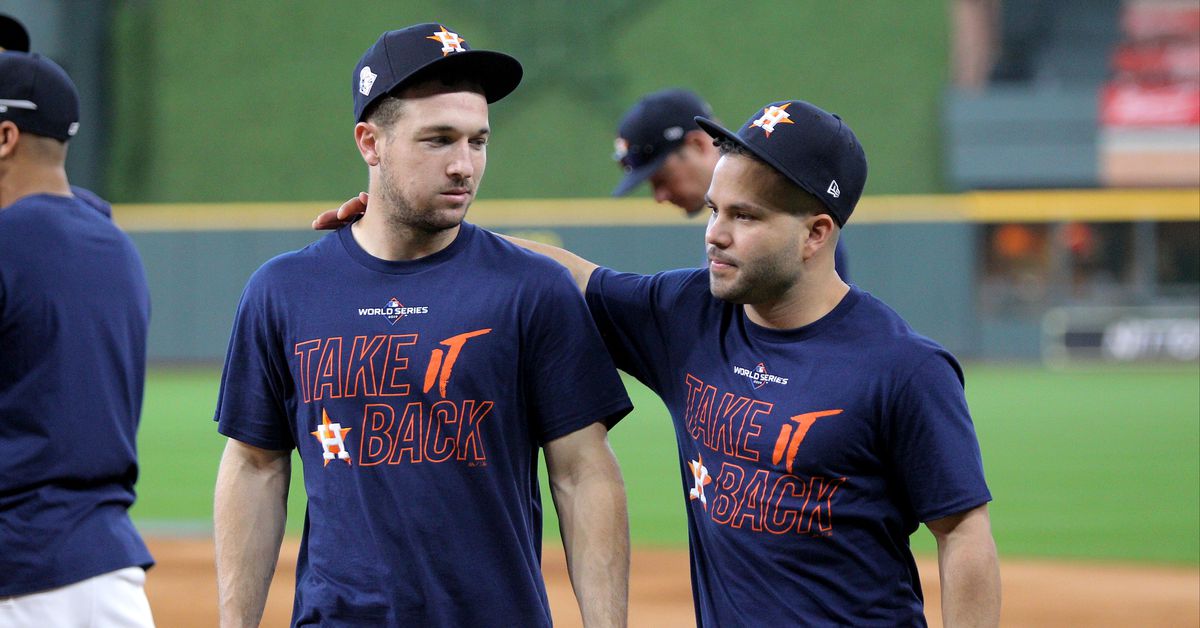 Did MLB Do Enough to Deal with the Astros?