The on-field partnership between Baker Mayfield and Odell Beckham Jr. hasn't quite met expectations in 2019, and both stars expressed their frustrations with the underwhelming start.

"I hate losing, period," Beckham said Thursday, per ESPN.com's Jake Trotter. "Any time we lose and I don't feel like I did anything to help win the game, I'm gonna be frustrated. That's just the bottom line. I'm a winner in my heart and I hate losing."

The Browns are 2-3 following Monday's 31-3 loss to the San Francisco 49ers. Mayfield finished 8-of-22 for 100 yards and two interceptions, while Beckham had two receptions for 27 yards on six targets.

Beckham is on pace to have the worst year of his career. His 4.6 receptions and 67.0 yards per game are personal lows, and he's catching 53.5 percent of his targets, per Pro Football Reference.

While it's unfair to blame Mayfield solely for those numbers, the second-year quarterback has taken a clear step backward. His completion percentage has slipped from 63.8 as a rookie to 55.9, and his eight interceptions are the most in the NFL.

Mayfield is supposed to symbolize the Browns' renaissance, yet he's becoming another face of their continued futility.

It's too early to hit the panic button, especially since Cleveland is only one game back of the Baltimore Ravens in the AFC North. But the level of scrutiny is bound to increase when your head coach tells reporters the goal is to win a Super Bowl.

In general, Mayfield shouldn't start worrying about his relationship with Beckham too much until the star wideout is giving interviews alongside Lil Wayne.

Browns Offer Clowney the Most

Browns Offer Clowney the Most

Baker Says Year 3 Is a Big One for Him 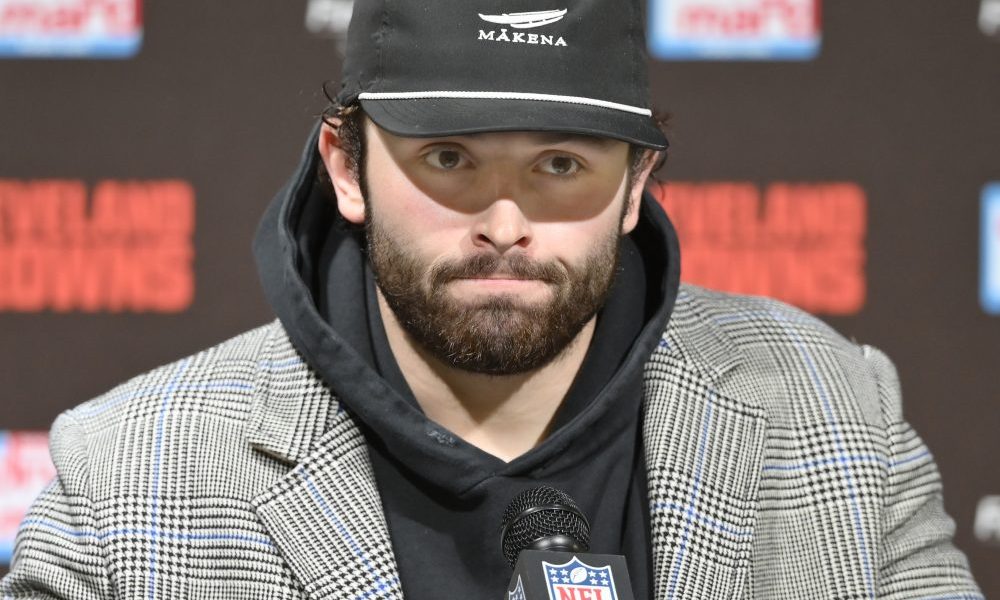 Baker Says Year 3 Is a Big One for Him