Josh Allen suffered an elbow injury against the Houston Texans that sidelined him for four games in 2018. A concussion suffered against the New England Patriots after a helmet-to-helmet hit from defensive back Jonathan Jones last Sunday forced the Buffalo Bills' starting quarterback off the field for the remainder of that game. However, he is set to return against the Tennessee Titans on Sunday.

The Bills announced Saturday that Allen cleared the NFL's concussion protocol, which makes him available to start the team's Week 5 game.

Matt Barkley filled in for Allen for one full game in 2018 (a 41-10 win over the New York Jets) and stepped into the lineup against the Patriots after Allen was forced to leave. Barkley has proved capable of moving the Bills down the field this year and last season, but they do miss Allen's ability to extend and make plays on the run.

The second-year signal-caller has faltered after a solid start to the 2019 campaign, however, with three touchdown passes and six interceptions through four games.

Buffalo is looking to return to the playoffs for the second time in the past 19 seasons after a 17-year postseason drought ended in 2017.

Allen and the Bills head into Sunday's clash with Titans owning a 3-1 record. 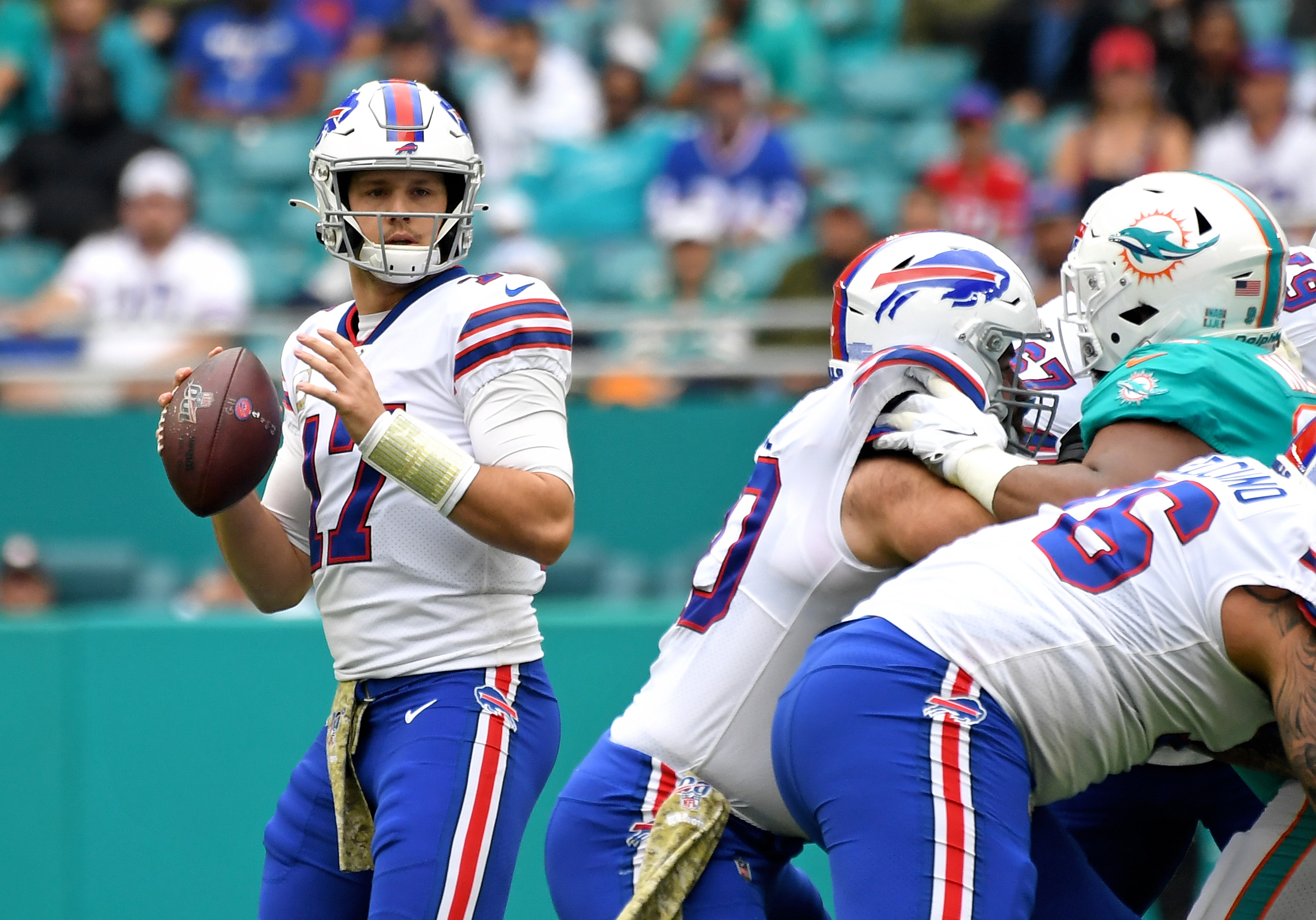