The Spanish press has been ablaze all week with stories about Ansu Fati. The 16-year-old has drawn heady comparisons with the game's greatest players, including precocious talents like Pele, George Best and his team-mate and captain at Barcelona, Lionel Messi.

In the space of a few rollercoaster weeks, he's become the youngest scorer in Barcelona's history and the club's youngest debutant in the UEFA Champions League. He started on Tuesday night in an attacking trident alongside Luiz Suarez and Antoine Griezmann in front of Borussia Dortmund's infamous Yellow Wall of supporters in Germany.

He scored in only his second appearance for Barcelona with a glancing header against Osasuna; it took Messi nine games to score his first official goal for the club in 2005.

It was Fati's virtuoso performance against Valencia in Week 4 of La Liga, however, that enamoured him to Barcelona's fans.

In one of the most electric 60-minute shifts at the Camp Nou in recent memory, he was everywhere—doing "sombreros" in Valencia's box, nearly winning a penalty, scoring a goal and shaving the post with another long-range effort.

And in one audacious sleight of foot, Fati embarrassingly bamboozled Ezequiel Garay—Valencia's grizzled Argentinian defender and a FIFA World Cup finalist—like he wasn't there before crossing for his team-mate Frenkie de Jong to score. The Camp Nou rose to their feet in wonder. A star had been born.

"He's an uncomplicated forward," Ramon Besa, a journalist with El Pais, told Bleacher Report. "He can play right across the attack—playing as a centre forward or out wide. His style of play is thrilling. At this early stage, he lacks continuity, a run of games in the first team, but as a player, he's always looking to create danger. He has a rapid shot, and above all, he's daring, with an acute football intelligence."

Barcelona's coach Ernesto Valverde has been criticised over the past two seasons for not promoting talent from Barcelona's La Masia academy. In unleashing Fati—who bypassed Barcelona B, the club's reserve team, by jumping straight from youth ranks into the first team for his league debut against Real Betis—Valverde has been rewarded for his courage. Few saw it coming.

"Ansu Fati had been playing pre-season with Barcelona's second team, and he had been absolutely amazing," Damia, a former Barcelona player who is currently coaching Catalonia's under-18 team, told B/R. "Ernesto Valverde picked him to have a look, to see what he was like in training.

"From those days training, Valverde saw he was a very talented player. When you see someone like that, you don't care about his age. I'm sure Valverde thinks he's ready to give something to the first team as long as the first team needs his help."

Oscar Hernandez, who spent a decade coaching at La Masia, remembers when Fati moved up to Barcelona from Herrera, a small town on the outskirts of Seville, to join the club's youth academy.

He urges caution about the expectations people are placing on Fati: "Ansu did things during the Valencia game that suggest he will be a very important player for Barcelona, but also we have to be patient with him. Realistically, when the squad's important attacking players all return to full fitness, like Messi, Suarez, and eventually Ousmane Dembele, his participation in games will decrease.

"There is a confidence in him, but we're getting ahead of ourselves a bit. Many times we worry about rushing a player who is 18 years old, saying that it's too soon. And this guy is only 16. His place logically is with Barca B, or playing the odd few minutes in Copa del Rey games with the first team or in games that the trainer feels he could need him."

Fati was born in Guinea-Bissau, West Africa, before moving to Spain at six years of age. Hernandez mentions one of Celtic's jewels as having a comparable talent to Fati—Karamoko Dembele, the Scottish club's London-born winger. He too has been fast-tracked.

"Karamoko Dembele was a player who impressed me a lot when I saw him play while working for Barca in international tournaments," says Hernandez. "He is 16 years old, around the same age as Ansu Fati. He debuted very young for Celtic's first team as well. As a kid, he had extraordinary talent. He was spectacular.

"At this young age, 12 or 13, you could make a bet that he was going to become a star player, but at such a young age, it's very, very difficult to really know how they will turn out—if they will reach the very top. There's a lot of considerations. Karamoko Dembele is just one case I can think of like Ansu Fati's [meteoric rise]. I can't think of another. In Barcelona, for example, there isn't another player besides Ansu Fati who's ready to play in the first team at 16 years of age."

Barcelona hasn't produced a homegrown talent that has become a regular first-team player since Pep Guardiola graduated Sergio Busquets—and that was more than a decade ago.

There is a palpable desire, particularly in the Catalan press, to promote Barca's best youth academy players—arguably a greater pressure than at any of Europe's other great clubs. Hernandez doesn't believe it creates added pressure for Fati.

"It is true, though, that within the club, its directors value more players who have come from outside than those who have grown up in La Masia. Carles Alena, for example, isn't being called up for a lot of matches. It's easier to leave out a young guy who has spent all his life in the club. It's more difficult to do it with a player who cost €50 million who came from somewhere like Manchester United or Liverpool or Fiorentina."

Fati's market value has already soared to €25 million with German portal Transfermarkt, which makes him the 17th-most valuable player in Barcelona. It's early days, but it doesn't seem that the pressure has been getting to Fati. He has prospered during his appearances at the Camp Nou, Europe's largest stadium.

"The great thing about him is that he doesn't cower at the Camp Nou," says Besa. "Sometimes Barca's stadium is too big and demanding for players; ask Andre Gomes or Philippe Coutinho. Ansu Fati, on the other hand, is not afraid to play at the Camp Nou; on the contrary, he likes it. Of course, we have to be careful not to get carried away. We have to be sensible about what he can achieve. I think Valverde will know how to take care of him because he knows how to treat these kids."

Fati has one interesting ally in his camp. The photographed embrace Messi gave him in the tunnel after his debut against Real Betis travelled around the world on social media. Fati's brother Miguel plays with Messi's son in La Masia. Fati has also appointed Messi's older brother, Rodrigo, as his representative.

"Obviously in the world of football, being managed by [Messi's brother] is the best thing that could happen to somebody, because it's an opportunity to be advised by the world's best player," says Hernandez. "In the case of Rodrigo, I don't know about him as a representative, the other players he represents, his business, and so on, but I do know that a connection with Messi's family is a privilege that Ansu has.

"What we see on the pitch is what he is—he has always had his feet on the ground. Even when he made his debut with the first team, he went back to see his team-mates on the Juvenil A team. They are still his friends. It hasn't gone to his head yet. Obviously, if he is in the first team regularly and starts to earn a lot of money, we will have to see how all this ends up.

"We will see if he is getting good advice and how mature he really is. Will he accept his position? We know about players that didn't accept it. Some want to be in the first team straight away. Until now, everything has been on his side, but we have to wait and see how things go when harder times come." 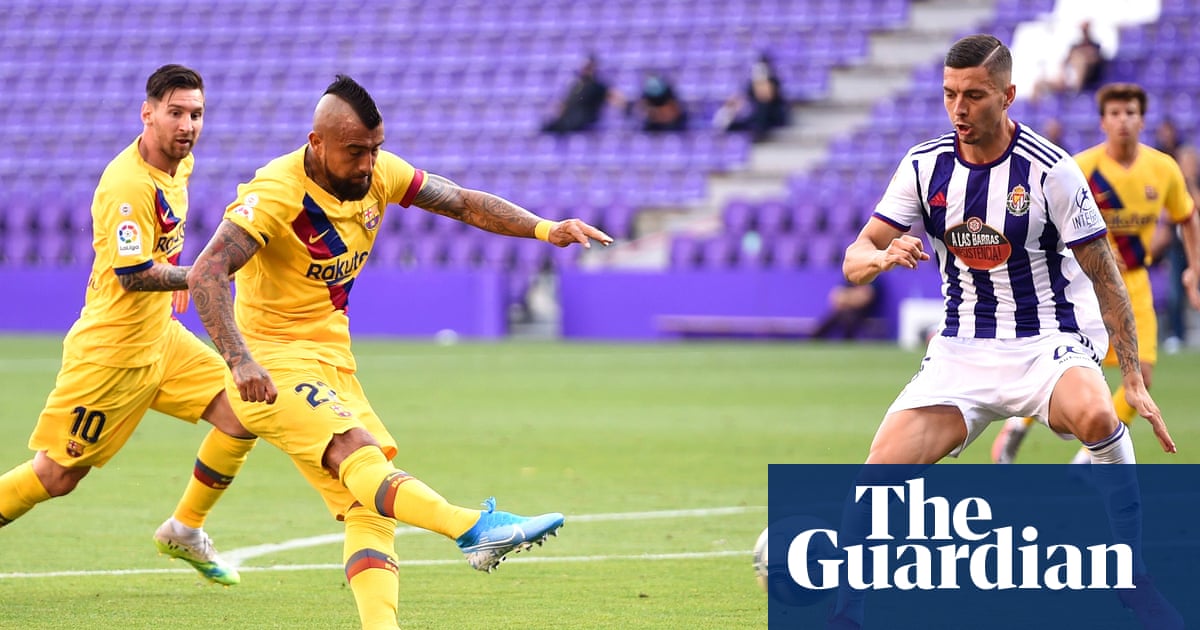 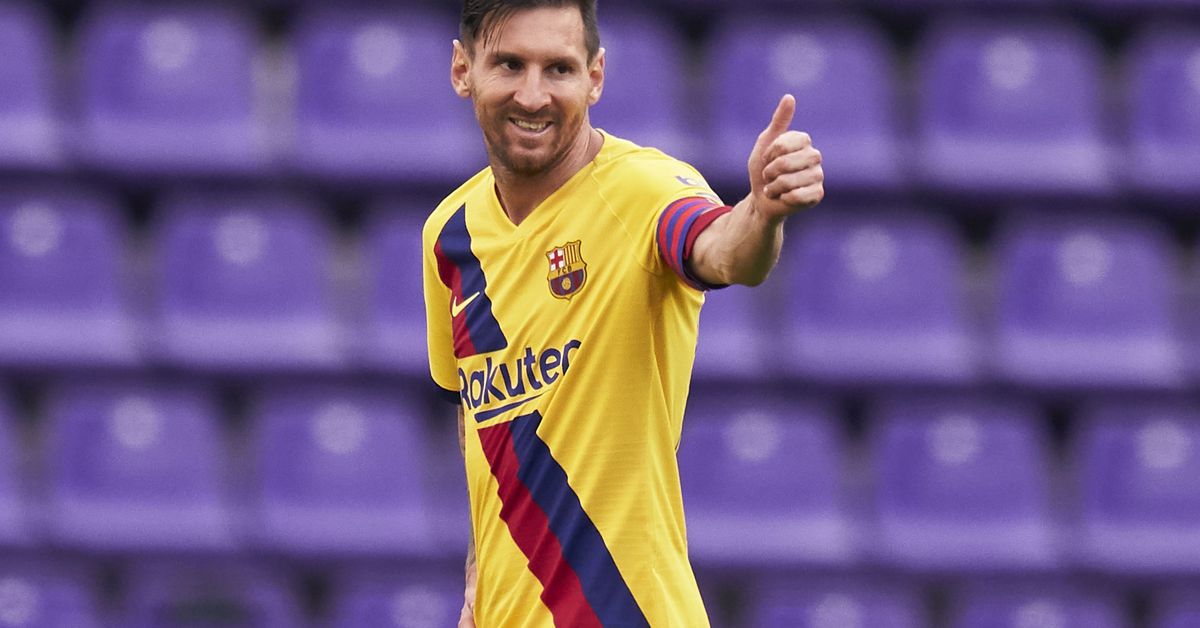