Houston Texans defensive end J.J. Watt hasn't been his typically dominant self to start the 2019 season, but it's hard to rush the passer when officials aren't even calling the holding penalties they see.

"There were a couple of holding calls out there...it's every week," Watt said after Sunday's 13-12 win over the Jacksonville Jaguars, per Aaron Wilson of the Houston Chronicle. "The ref literally admitted to me that guy held me on one play, and he didn't throw the flag. I don't know what I'm supposed to do with that after a play. I look over at the ref and he says, 'Yes, I saw him hold you, but I didn't throw the flag.'"

Wilson pointed out "several obvious holding infractions were ignored," but that didn't stop Watt from tallying two tackles and a fumble recovery in the win.

It was a step up from the season-opening loss to the New Orleans Saints when he failed to register a statistic.

"I'll probably get fined for this and that's fine, but I don't know what to do with that," he added when further discussing his conversation with the referee. "I'm also very confused. I don't know what to do there. It's just part of the game. It's something I've dealt with for a long time. I literally looked over at him and he said, 'I know, I saw it.'"

Blocking Watt without holding is a monumental task for any offensive lineman.

The Wisconsin product is a three-time Defensive Player of the Year, five-time first-team All-Pro selection and five-time Pro Bowler who has led the league in sacks twice. He posted 16 sacks last year but has yet to earn one this season.

His next chance will come in Week 3 at the Los Angeles Chargers on Sunday, when he will hope for clear holdings actually being flagged. 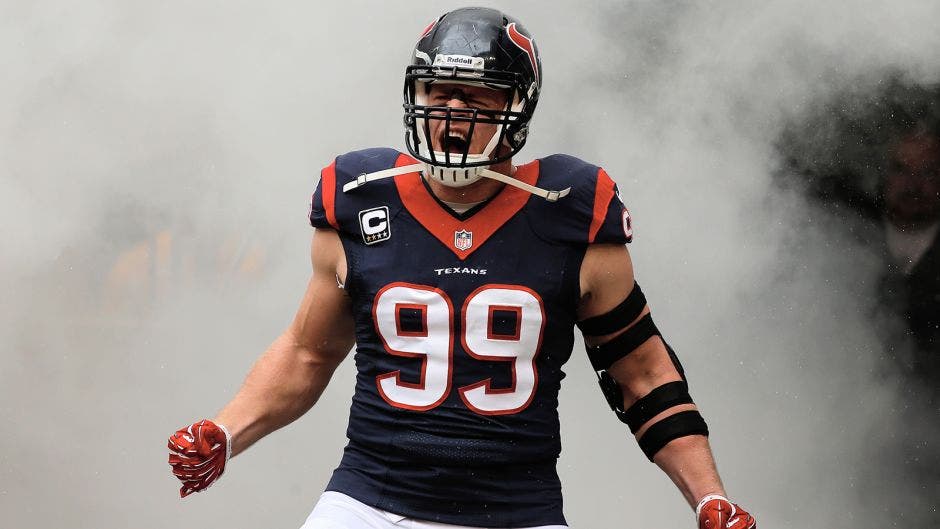