The first two weeks of the 2019 NFL preseason are complete, which means if you haven't done your fantasy draft yet, you're likely to do so soon.

Of course, two weeks still remain, which means the fantasy picture isn't yet as clear as it could be. Will Ezekiel Elliott and Melvin Gordon report to their respective teams? Will Andrew Luck start in Week 1? Who the heck is going to play quarterback for the Miami Dolphins?

These are all questions that remain unanswered, and that could affect your fantasy season. Factoring in what we do know, let's take a look at how the early rounds could unfold.

Here, you'll find a four-round, 12-team mock draft, along with some tips to help maximize your value. 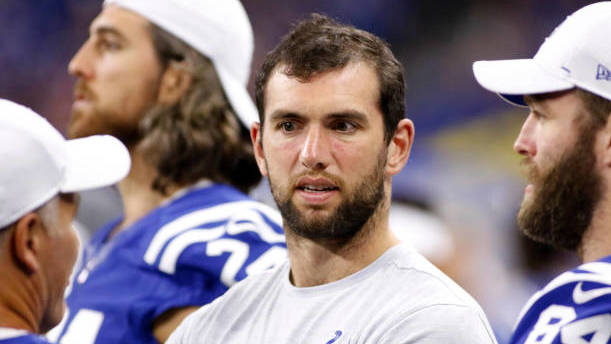 Knowledge is the biggest weapon you can carry into your fantasy draft. Knowing how players have performed in the past is helpful, but knowing what situations players are in can give you an edge over the competition.

Everyone in your draft is likely to know that Elliott and Gordon are still holding out. They may also know that Luck appears increasingly likely to miss Week 1. They may not know, however, that Keenan Allen is dealing with an ankle injury or that Odell Beckham Jr.. dealt with a hip injury during the early preseason.

Not all notable situations are negative, either. Seattle Seahawks running back Chris Carson, for example, appears poised to see more work in the passing game this season.

"That's something that we went to right after the season ended and said, 'Hey, look, Chris can help us win games a lot of ways and one of [the] ways that he wasn't last year was in the passing game,'" offensive coordinator Brian Schottenheimer said, per ESPN's Brady Henderson.

When a player is set to see an uptick in workload, he should also see an increase in fantasy value.

Be Wary of Positional Runs

If knowledge is your biggest draft weapon, then patience is probably your second-biggest asset. Don't panic and take a player at a particular position just because other managers have started a run.

If, for example, Patrick Mahomes comes off the board in Round 2 and several other quarterbacks soon follow, there's no reason to grab a signal-caller before you've filled out other stating roster spots. Every time a quarterback gets selected, it means a valuable running back or receiver is left there for the taking.

You can wait on your quarterback. Los Angeles Rams quarterback Jared Goff, for example, holds an average draft position (ADP) of 100.1. You should have no trouble landing two starting backs, three starting receivers and perhaps even a tight end before grabbing a guy like Goff.

By the way, Goff racked up 4,688 yards and 32 touchdowns passing last season.

Don't pull the trigger too early on a tight end, either. There could be an early run after guys like Zach Ertz, George Kittle and Travis Kelce get selected. Don't be a part of it. There isn't going to be a major gap in production between players like O.J. Howard (ADP of 52.8) and, say, Kyle Rudolph (120.3).

Remember That This is Your Draft

It may sound like a simple concept, but it's important to remember that you're the one drafting here. Mock drafts, ADPs and fantasy rankings are all guidelines, not fantasy law. It's not always smart to take a player just because he's the "consensus pick" on your draft board.

Arizona Cardinals running back David Johnson, for example, currently has an ADP of 6.5. Should you really take him in the middle of Round 1 just because it's where he's trending? After watching him struggle to find running room in the preseason—he's carried six times for 10 yards—probably not.

Meanwhile, Los Angeles Chargers running back Austin Ekeler holds an ADP of just 107.3. If you believe that he's primed to be L.A.'s starting running back this season, don't wait until the ninth round to pull the trigger.

This is your fantasy team, and you should approach your draft as such. Sure, it always hurts when you miss on a player or pass on a breakout star. However, it's less painful to admit you made a mistake than to kick yourself for listening to someone else.

The ultimate goal of fantasy is to have fun, and your season will be much more enjoyable if you make it your own.