"Yeah, I do," Brady said during an interview on WEEI on Monday, h/t Pro Football Talk's Michael David Smith. "I certainly hope so."

This isn't the first time the future Hall of Famer has discussed the possibility of playing into his mid- to late-40s. Back in July 2017, he told Sports Illustrated's Greg Bishop that 45 was the goal, though he "isn't ruling out playing at 50." He reiterated his desire to play until 45 last September.

At his current pace, his goal is not far-fetched.

Brady has missed just 19 games since making his first career start in Week 3 of the 2001 campaign, with 15 of those contests coming when he tore his ACL in the 2008 season opener. The 20th-year veteran has not missed a game due to injury since.

He has helped New England to four Super Bowl berths in the last five seasons, capturing the Lombardi Trophy three times in the process. He is just two years removed from winning his third NFL MVP award at the age of 40, becoming the oldest MVP in league history.

Now 42 years old, Brady recently signed a two-year, $70 million extension that seemingly kept him under contract through 2021. However, NFL Network's Ian Rapoport reported last week that the final two years of the quarterback's contract "automatically void" on the final day of the 2019 league year.

Why was the no-franchise-tag provision an important thing for Tom Brady to have in his new contract? Brady was asked that question on @TheGregHillShow this morning. His answer: https://t.co/1FhNjSjl8t

Regardless of his current contract, Brady doesn't appear as though he will be walking away from football anytime soon. Whenever he does finally hang up his cleats, though, he figures to stay busy.

"Maybe I'll be an architect or designer because I love building houses," Brady added, h/t Smith.

Matthew Slater on Patriots After Tom Brady's Exit: 'We're Not the Victims Here'

Matthew Slater on Patriots After Tom Brady's Exit: 'We're Not the Victims Here'

What Is the Patriots’ Plan at Tight End? 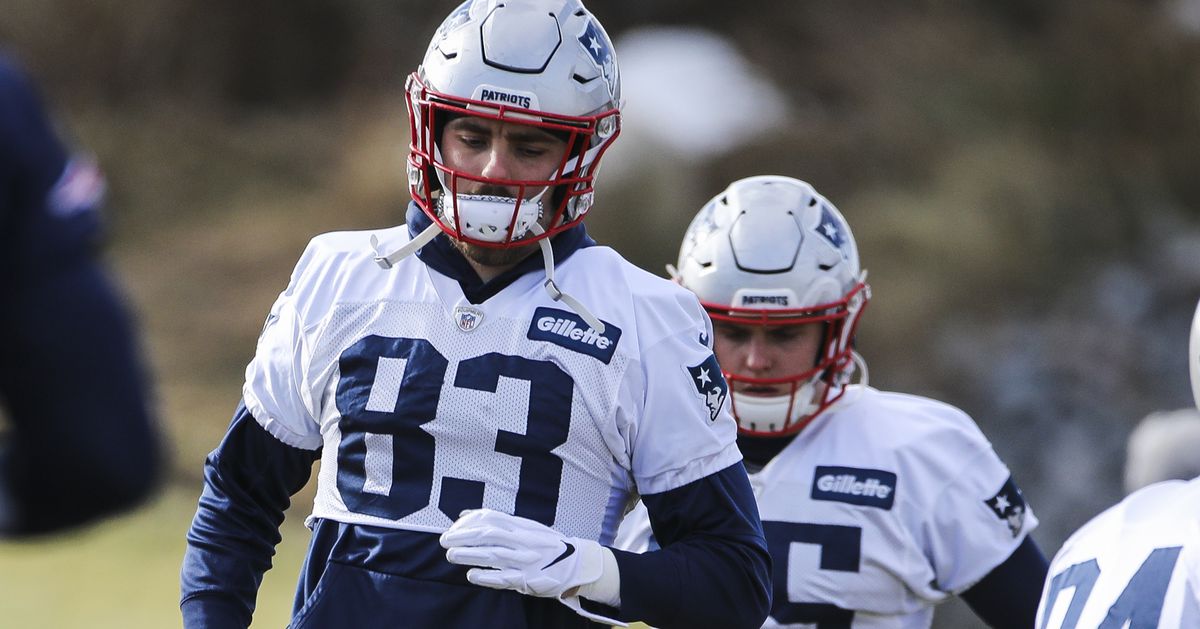 What Is the Patriots’ Plan at Tight End?