The Chicago Bulls may be in the running for restricted free agent Malcolm Brogdon.

ESPN's Bobby Marks said on Thursday's episode of The Jump, "The concern for Milwaukee is where that Brogdon offer sheet is going to come in. We're hearing four years, $80 million from a team like the Chicago Bulls."

ESPN's Adrian Wojnarowski also said earlier during the day on SportsCenter (h/t NBC's Tommy Beer) that Brogdon "is very likely going to command a significant offer sheet. ... The Bucks may have to be prepared to match an offer sheet that could be worth as much as $17, $18, maybe even $20 million a season."

With Brogdon potentially getting offer sheets in the $20-million-a-year range and Khris Middleton eligible for a five-year, $190 million extension and sure to get max offers in free agency if the Bucks don't lock him up, it isn't surprising that the team is trying to move off money.

The Bucks already sent Tony Snell's $11.3 million contract and the No. 30 pick in Thursday's NBA draft to the Detroit Pistons for Jon Leuer, saving them both money this season in 2019-20 and taking his $12 million salary off the books in 2020-21.

Moving the No. 30 pick also took the slotted draft money of $1.9 million off the books, meaning the move in total cleared up around $4 million for the team. 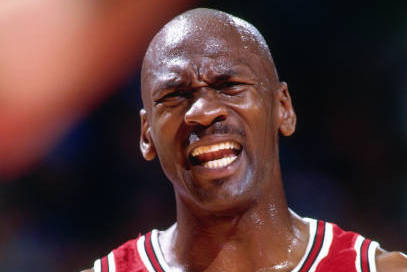 Marc Stein of the New York Times reported that the Bucks were willing to attach draft compensation to move off of Ersan Ilyasova's $7 million salary, though the Snell deal may have alleviated that need somewhat.

Keeping both Middleton and Brogdon will be a priority for Milwaukee, and maintaining depth in the process will be just as important. The 26-year-old Brogdon was excellent in the 2018-19 season, averaging 15.6 points and 3.2 steals per game while shooting 50.5 percent from the field and 42.6 percent from three.

His two-way play and solid perimeter shooting, especially as a catch-and-shoot weapon, make him the sort of wing teams covet, and an excellent complementary piece to Giannis Antetokounmpo.

But it will also make him extremely attractive to teams in free agency like the young Bulls.

While the Bucks can match any offer, a lucrative deal will make it hard for the Bucks to both match and bring back free agents like Brook Lopez and Nikola Mirotic, not to mention George Hill, who is due $18 million this season but with only $1 million of it guaranteed, meaning he could be released without much financial consequence.

Knowing that, teams in love with Brogdon and with cap room to spare are likely to offer him deals they don't think Milwaukee will match. That makes this summer all the more interesting for a Bucks team trying to keep its core together for a title run.