Christian Yelich is the reigning National League MVP. He's a superstar by any metric or version of the eye test. Could he become the first player since 2001 to reach or eclipse the 60-homer mark?

It's early, but don't discount the possibility.

Prior to 2018, Yelich had never hit more than 21 homers in a season. He was an emerging all-around talent but a line-drive hitter and no one's idea of a masher.

Last season, after a winter trade from the Miami Marlins to the Milwaukee Brewers, Yelich set a career high with 36 dingers while also winning a batting title with a .326 average and leading the NL with a 1.000 OPS.

After he belted another homer in Wednesday's 7-3 win over the Washington Nationals, Yelich has an MLB-leading 16 long balls in early May, which puts him on pace for 66 by the end of the year despite missing five games to injury. 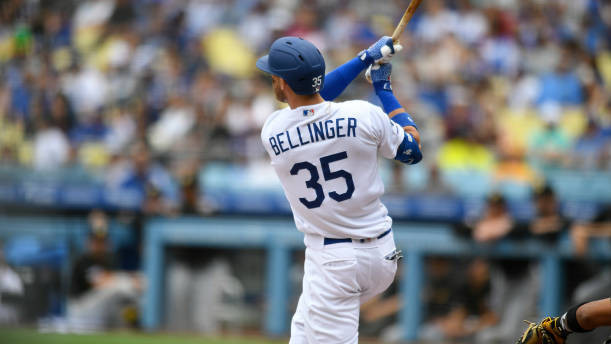 "On pace" in May must be served with several boulder-sized grains of salt. But Yelich could plausibly sustain his fence-clearing pace.

First, he's 27 years old and in the midst of his prime. Second, he seemed to unlock his power potential after the All-Star break last season, as he led the Senior Circuit with 25 home runs in the second half.

His hard-contact rate sits at 57.8 percent next to an average of 38.2 percent throughout his career, per FanGraphs. That's video game improvement.

Sample-size caveats apply. But when you add Yelich's 2018 second half to the way he's shot out of the gate this year, it feels like we're witnessing something historically special.

If you require visual evidence, here are his first 14 home runs of 2019:

"There's really not much to say about him anymore," Brewers second baseman Mike Moustakas told reporters of his teammate after the 16th homer. "It's just incredible. Every time he comes up to the plate, you know he's going to put together a good at-bat. You know he's going to hit the ball hard. It's just fun."

In 1961, a 26-year-old corner outfielder with line-drive tendencies hit 61 home runs. The left-handed batter had never hit more than 39 prior to that season and wasn't known as a prolific slugger.

His name was Roger Maris. The New York Yankees right fielder discovered the keys to the long-ball kingdom and broke Babe Ruth's single-season record of 60 homers—a mark that had stood for 34 years.

It's a cautionary tale in some respects. Maris never again hit more than 33 home runs. In 1984, a year before he died, he said breaking Ruth's record made the game "no fun anymore," per Robert Lipsyte of the New York Times.

It would be different for Yelich, another left-handed batter with line-drive tendencies, if he achieved said feat. Since Maris surpassed the Sultan of Swat with a controversial asterisk, Mark McGwire (70 homers in 1998) and Barry Bonds (73 homers in 2001) have obliterated the single-season mark under a cloud of steroid suspicion.

Today, 60 home runs is merely a symbolic milestone. Still, no one since Bonds and Sosa in '01 has reached the milestone. Not coincidentally, MLB has cracked down on performance-enhancing drug use in the interim.

Giancarlo Stanton came close with 59 homers for the Marlins while serving as Yelich's teammate in 2017.

Could Yelich make it happen with the Brew Crew in 2019? We're a long way from the answer, but if we track the Maris parallel and Yelich's recent results, it's decidedly in play.

Jayson Stark of The Athletic drew an analogous comparison, noting that Maris and Yelich were each traded and won MVPs for their new squads. (Maris was dealt from the Kansas City Athletics to the Yanks prior to his back-to-back awards in '60 and '61.) Again, they were each known as line-drive hitters.

"The guy's amazing," fellow Brewers outfielder Lorenzo Cain told reporters of Yelich. "He's the real deal. I don't even know what else to say about him. It's ridiculous, the things he's doing out there."

Could Yelich, a slender player listed at 6'3", 195 pounds, join the tater-blasting upper echelon and stand shoulder to shoulder with Maris and baseball's immortal boppers?

All statistics courtesy of Baseball Reference unless otherwise noted.