Nick Bosa has been replaced at the top of 2019 big board by...Brynn Anderson/Associated Press

Evaluators who work in the media don't feel the same pressure to hit on prospects that the general managers, directors and scouts who work for a team do. But make no mistake: We do feel pressure to get it right.

Throughout my eight years covering the NFL draft for Bleacher Report, I've had many debates over which player was the best. Jared Goff or Carson Wentz? I picked Goff. Andrew Luck or Robert Griffin III? I picked Luck. The terrible 2013 debate over Eric Fisher or Luke Joeckel—in which I picked wrong and took Joeckel.

Why the history lesson? Because I'm flipping my pick for the top player in the 2019 NFL draft class.

Welcome to No. 1, Quinnen Williams.

A change this late in the process deserves an explanation. It's not as simple as a handful of general managers telling me I'm wrong—in fact, many I talked to said the opposite about my original pick—but more about going with what the evaluation says. What makes Williams the better prospect? It boiled down to two factors: 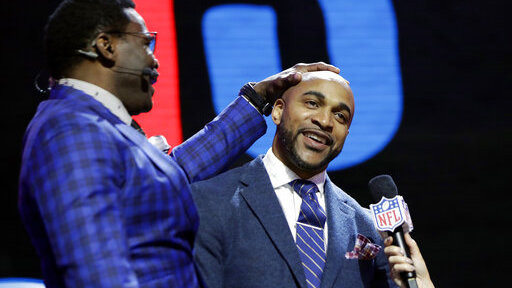 A core muscle injury suffered in Week 3 shut Bosa down for the rest of the 2018 college football season. And while many will point to the belief he could have returned to the Buckeyes had they made the College Football Playoff, it's still a season-ending setback that must be evaluated. Bosa, as a senior in high school, also injured his knee and had surgery to repair a partially torn ACL.

Nick Bosa's still an elite, No. 1-worthy talent, but his durability is a concern.Jamie Sabau/Getty Images

Injured players have a way of staying injured. It's the same reason D.K. Metcalf and Marquise Brown take hits on my big board. Two fairly major injuries in four seasons is enough to bump Bosa just enough to let Williams overtake him.

A first-year starter as a redshirt sophomore, Williams played well enough that he should have received serious Heisman Trophy consideration in 2018. His eight sacks and 19.5 tackles for a loss showed his dominance, and at only 21 years old as of December 21, Williams is still growing and developing as a player.

It's easy to look at Bosa and see a grown man who is already at his physical peak thanks to years of training with his brother, Joey (No. 3 overall pick, 2016 draft), and father, John (No. 16 overall pick, 1987 draft). Bosa hit the genetic lottery and comes from a long line of football players. We have a good idea of who Nick can be thanks to Joey, who has also suffered injuries.

With Williams, there is no known ceiling. He has the athleticism, work ethic and strength to continue to improve. You hear the term "maxed out" in scouting. Bosa is maxed out. Williams is just getting started.

• Ole Miss wide receiver D.K. Metcalf is one of the most recognizable names in the 2019 class after his shirtless photo went viral and his 4.33-second 40-yard dash wowed fans, but will we hear his name on Day 1 of the April 25-27 draft?

Many scouts are torn on where Metcalf will go. Many believe he's a second-round player, but note that general managers can get excited by traits and reach for rare athleticism or speed.

Metcalf's astonishing measurables should still land him in the first round.Joe Robbins/Getty Images

Metcalf should be a Round 2 player, but no one I've spoken with will disregard rumors that the Buffalo Bills or Green Bay Packers could make him a top-15 pick.

After the intrigue at No. 1 overall, Metcalf's landing spot is one of the most interesting questions regarding this class.

• Where will the cornerbacks be drafted? Multiple decision-makers and scouts think that run could start in the 20s.

The Pittsburgh Steelers are the first team most around the league expect to draft a cornerback, and that's at No. 20 overall. If LSU's Greedy Williams is the pick, that will likely start a run on the position that could see Oakland, Philadelphia, Indianapolis, the Los Angeles Chargers, Kansas City and the Los Angeles Rams all at least consider a cornerback.

• Every year there are one or two surprise picks in the first round—think Rashaad Penny and Terrell Edmunds in 2018. Who will be the surprise choices this year?

Greg Little, OT, Ole Miss: The need at offensive tackle could cause a team to panic and reach for Little, who was considered a Round 1 player before the 2018 college season began but struggled on the field and had a poor combine showing.

Lonnie Johnson, CB, Kentucky: As mentioned above, the run on cornerbacks could start late in the first round, but there is no consensus on any first-rounders at that spot outside LSU's Williams. That could be great news for Johnson, whose stock is on the rise after a strong combine and reports of great workouts from scouts who've seen him this spring.

• Let's clear up a misunderstanding concerning invites to the NFL draft and Ohio State's Dwayne Haskins. Haskins does not appear on the official list of players who are attending the draft, which when coinciding with reports that his stock might be lower than believed, had people speculating he wasn't invited to Nashville for the event.

He was, according to agent David Mulugheta, and declined numerous invites from the league to attend.

Could Haskins slide down the board on draft night?Mark J. Terrill/Associated Press

Why does this matter?

Players invited to the draft are those the NFL believes will be first-round picks. Generally, quarterbacks are invited if they'll be an early Round 1 selection only. The league doesn't want anyone going through an Aaron Rodgers-like wait on draft night, so it is very selective about who's invited.

• File this nugget away for Friday night of the draft: There is considerable buzz from opposing teams that the Indianapolis Colts could target a wide receiver at No. 34 overall. If Oklahoma's Marquise Brown or South Carolina's Deebo Samuel are available, they could be a fit for the Colts.

As teased in the lede, here is my updated Top 32 big board. There are few (if any) changes expected before the NFL draft kicks off.

A couple of other Alabama players join teammate Quinnen Williams on the rise.Jamie Schwaberow/Getty Images

8. Exciting news, draft fans! Bleacher Report will once again stream our coverage of the 2019 NFL draft.

What: Adam Lefkoe, Connor Rogers, Mello and myself breaking down every pick and giving you grades for every team's draft.

7. If you're into watching the NFL draft on ESPN or NFL Network, you'll want to know who is attending. The league put out a full list this week, posted below:

6. In an attempt to get out in front of any potentially harmful tweets, Nick Bosa has deleted all his previous mentions that supported President Trump, as well as other opinions that might damage his reputation in his new locker room.

Bosa came under fire after he tweeted support of the president's criticism of players who knelt during the national anthem and called Colin Kaepernick a "clown." Bosa told ESPN he deleted his tweets because the San Francisco 49ers might draft him.

San Francisco is, of course, where the player protests began when Kaepernick chose to kneel during the anthem.

Our NFL Draft 400 series, which gives rankings, grades, scouting reports and pro-player comparisons for the top 400 draft prospects each year, has kicked off. Check here each week for the links:

Stanford wide receiver J.J. Arcega-Whiteside could be a big beneficiary of what's seen as a position group without a clear-cut leader. Following a dynamite pro day that saw the 6'2", 225-pounder run the 40-yard dash in 4.49 seconds, his stock is moving up to where a Round 2 selection wouldn't be a surprise.

Arcega-Whiteside's size and speed combination have him on the rise.Marcio Jose Sanchez/Associated Press

With the top of Round 2 littered with teams that need a wide receiver, enough of a run at the top of the group could happen to bring Arcega-Whiteside's stock into the top 50 picks.

Georgia's Deandre Baker was invited to the 2019 NFL draft, which ranked as the lone surprise in the group given his struggles throughout the draft process. Teams we've spoken to believe Baker's poor interviews and poor workouts could drop him to the middle of Round 2.

If that's the case, he'll spend the night in Nashville.

2. Sleeper of the week

Keep an eye on athletic Alabama State offensive tackle Tytus Howard. With the tackle class seeing a rise in the eyes of evaluators as we get closer to the draft, Howard is the type of easy-moving, high-upside tackle teams could be willing to gamble on at the top of Round 2.

We have three new episodes this week. On Monday, Mello, Connor and I gave you our latest Round 2 mock in "Mock Draft Monday." Wednesday's show featured our "Draft Superlatives" plus an interview with Michigan's Chase Winovich.

On Friday, you get our "Top Five Perfect Picks" and the latest draft buzz we're hearing two weeks out from the first selection. Check out the podcast and subscribe if you haven't already. We will also post a ton of behind-the-scenes content on our Instagram page. 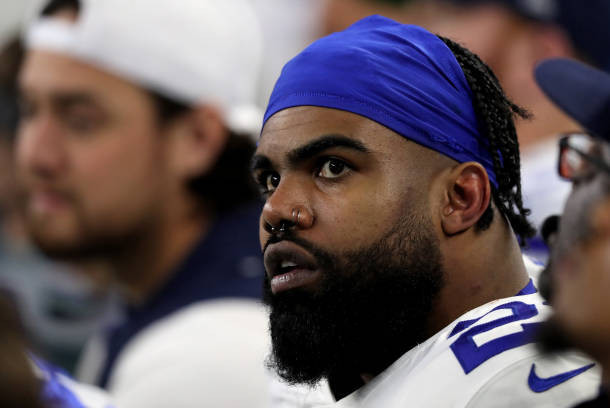 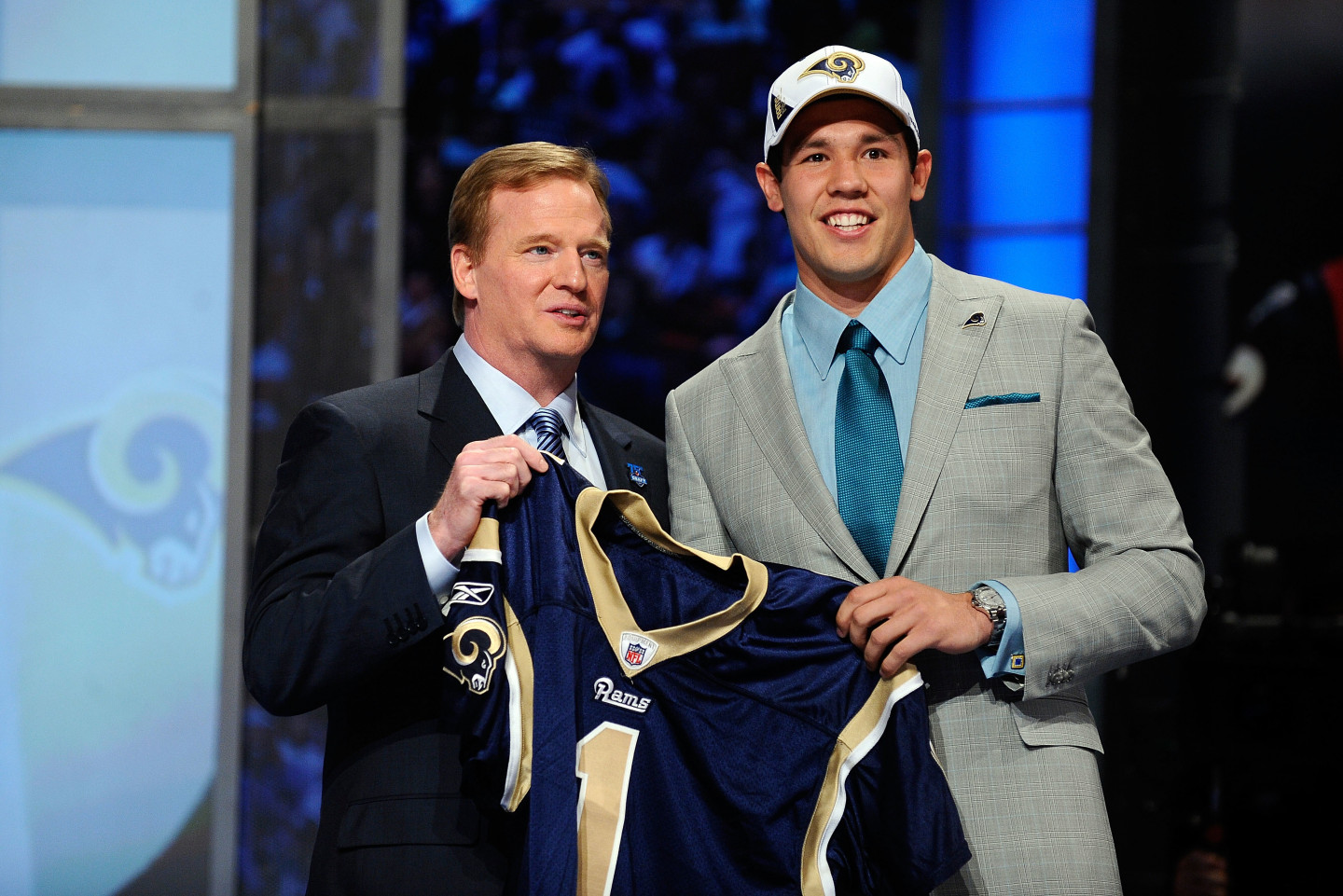 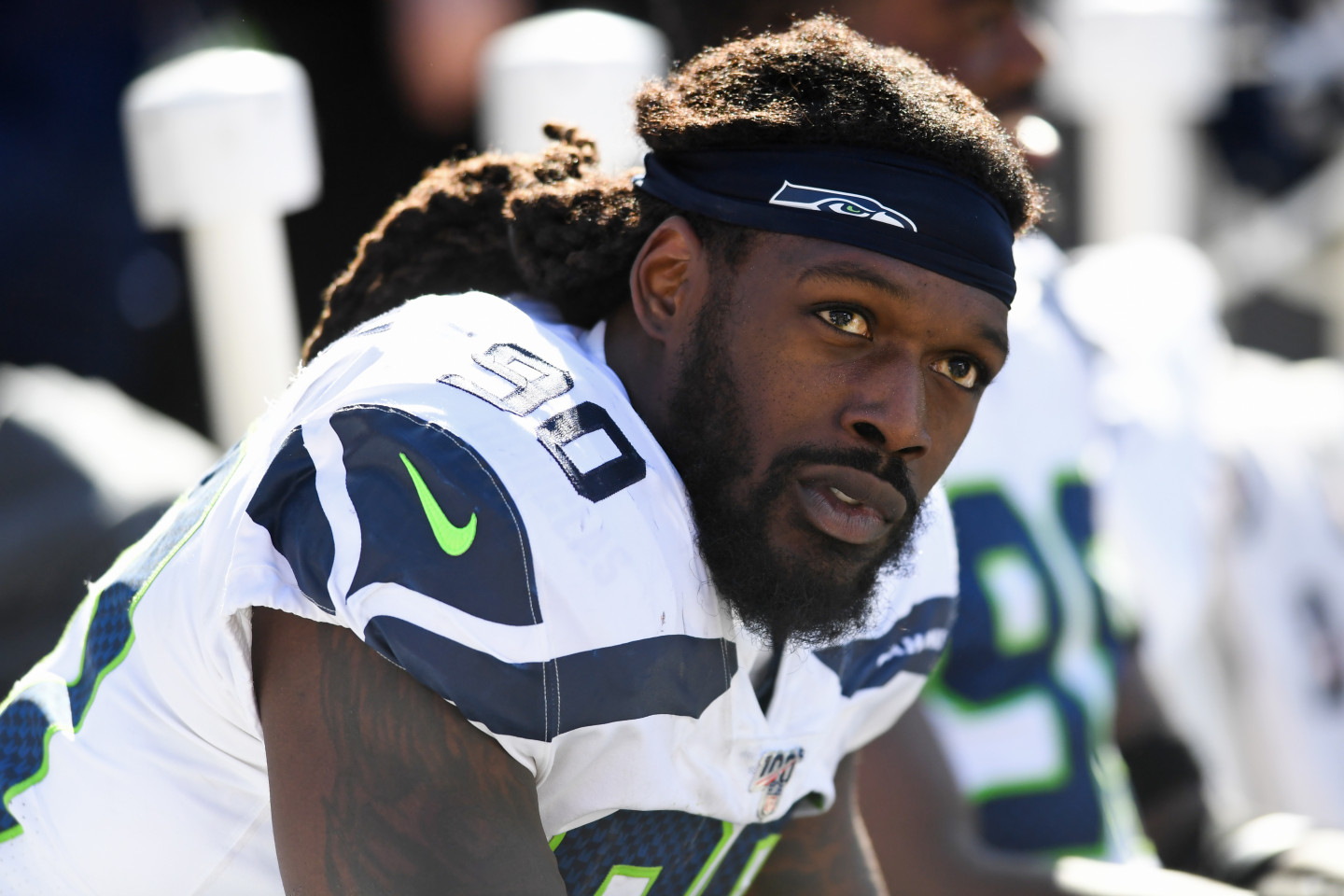