LOS ANGELES — With Dirk Nowitzki celebrating an unofficial farewell tour in his 21st NBA season, the Dallas Mavericks are starting anew with one of the best young international players in the world.

Luka Doncic was named the NBA's Western Conference Rookie of the Month for November, December and January. He's the runaway favorite for Rookie of the Year, too.

"He's at a high level of no f--ks given when he plays basketball," Houston Rockets guard Austin Rivers said. "It's fun to watch."

Doncic, who turns 20 on Thursday, is averaging 20.9 points, 7.3 rebounds and 5.7 assists during his first year with the Mavericks.

"He's really an all-around package on the offensive end, whether it's the shot, drives, floaters, the passes," Nowitzki said. "He's a big guard, he can see over some of those traps [teams are] throwing at him. His basketball IQ is out of this world for 19. ... He'll be fun to watch for Mavs fans for a very long time."

The Mavericks traded up two spots to acquire the third pick in the draft last June, which allowed them to snag Doncic. The Atlanta Hawks are pleased with Trae Young, who they chose with the Mavericks' pick at No. 5. The Phoenix Suns took Deandre Ayton with the top pick, and the Sacramento Kings selected Marvin Bagley III at No. 2.

So far, Doncic is the clear standout. 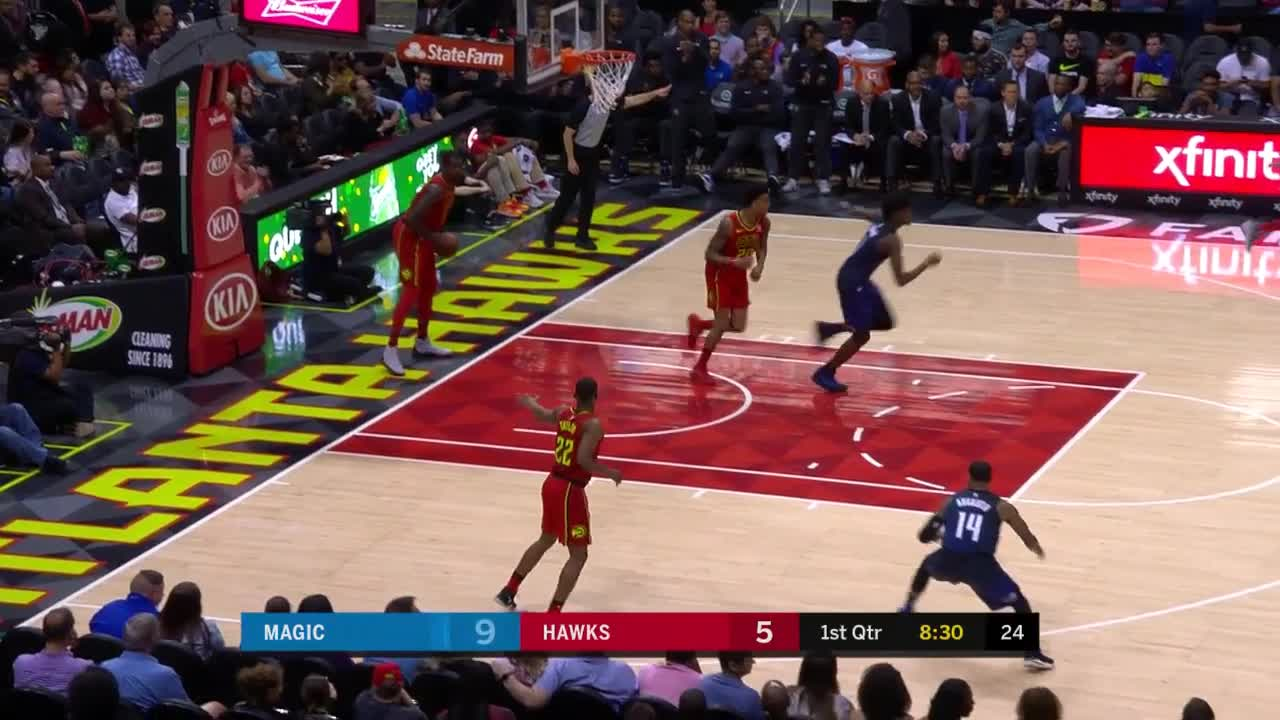 Some debated if Doncic had enough athleticism for the NBA. Even now, one executive has doubts: "It was expected he would perform ahead of his class, given the fact that he did stuff that no other young player had done in the European league...but it's hard to say he's going to be an MVP-type player because he's already so good this young, and athletically, he doesn't have the upside of many other kids."

One of the Mavericks' assistant coaches isn't worried about any perceived athleticism gaps.

"[Doncic is] just really good, very fast and able to get that shot up, which is something that people kind of questioned when he came into the league," he said.

Rivers is a believer, too: "Sometimes, people just have to not put so much into it. This kid is a special kid. He just has the 'it factor,' whatever you call it."

"You all saw how I played when I was 19 and 20. I was going 100 miles per hour," Rivers continued. "That's what so amazing about Luka. He plays with a swagger and confidence like he's been in the league for six or seven years. That's what's most impressive. Not his crazy shots, his points per game—it's his aura of confidence that he has about him.

"Even games he's shooting badly, that doesn't faze him. He plays like a grown man. Maybe that's from him playing overseas basketball, but there's a lot of guys who have come over [from] there and never played like that over here. ... He's just a special kid. He has superstar written all over him."

Clippers head coach Doc Rivers noted how rare it is to find a player like Doncic.

"It's unusual," Rivers said. "LeBron [James], Magic [Johnson], I mean, they're geniuses when you think about it. There are very few guys, but [Doncic] is one of those guys, it looks like."

Before Doncic played a single game in the NBA, Denver Nuggets forward Juancho Hernangomez knew he had a bright future.

"The first months, it's gonna be hard for him for the transition, but I think he gonna have a f--king really good career," Hernangomez said prior to the draft, likening Doncic to Nuggets All-Star Nikola Jokic. "He's one of the best talents I've ever seen. He's like Joker for us. He's really big time."

Except Doncic's transition didn't take long at all. He averaged 19.6 points per game across his first eight appearances in October.

"He chased Dennis Smith Jr. out of town," said a former player currently working as a television analyst. "The Mavericks had to give Doncic the ball."

Dallas sent Smith, the ninth overall pick in 2017, to the New York Knicks before the trade deadline. In exchange, they doubled down on another foreign "unicorn" in Kristaps Porzingis, who's currently recovering from a torn ACL.

The Mavericks (27-34) won't make the playoffs, but their future is bright with a promising star like Doncic in the fold. Porzingis will be a restricted free agent this summer, but Dallas didn't trade for him just to let him leave without playing in a single game. The team can also carve out at least $30 million in cap space this summer to help add pieces to its burgeoning core.

Nowitzki hasn't announced whether he'll retire after the season, but at 40 years old, he isn't the same player who led Dallas to the 2010-11 NBA title. In doing so, he ushered in the era where big men could be elite outside shooters.

Nowitzki joked about the swagger Doncic brings to the league at a young age.

Nowitzki will soon be in the Hall of Fame, but Doncic may be a pioneer in his own way—a big guard with a nasty step-back rivaled only by James Harden. He's off to a tremendous start as he exits his teenage years, and the NBA knows it.

Hall of Famer Rick Barry joins Howard Beck for The Full 48's 100th episode to discuss how he almost played for the Celtics, why the Warriors' dominance is good for the NBA and why James Harden needs to change if he hopes to win a title.