SmackDown Women's champion Becky Lynch divulged Monday that she was in a bad way immediately after getting punched by Nia Jax on the go-home episode of Raw prior to Survivor Series last month.

Appearing on Ariel Helwani's MMA Show (h/t William Windsor of WrestlingInc.com), Lynch discussed what happened during the aftermath of the infamous punch:

"I got a severe concussion and I broke my nose, so I was in [the] hospital that night after the event, so I completely blacked out after I got hit, right? But I rolled to the ropes and got back up again. I guess my autopilot kicked in and I smashed half of RAW including Runny Ronnie, so it turns out that my autopilot is a badass too."

Lynch took the punch from Jax after she and the SmackDown Live women's roster invaded Raw.

Because Lynch wasn't cleared to compete, that match never happened, and Charlotte Flair stepped in as Rousey's opponent instead.

Despite her major injuries and the fact that her face was bloodied, Lynch did manage to finish the segment, which garnered her a ton of respect from the WWE Universe.

While The Man has largely stayed out of the fray since then while healing, she got physical on Tuesday's episode of SmackDown when her, Flair and Asuka attacked each other with kendo sticks.

Becky will be back in action Sunday when she faces Charlotte and Asuka in the first-ever women's Tables, Ladders & Chairs match at the TLC pay-per-view. 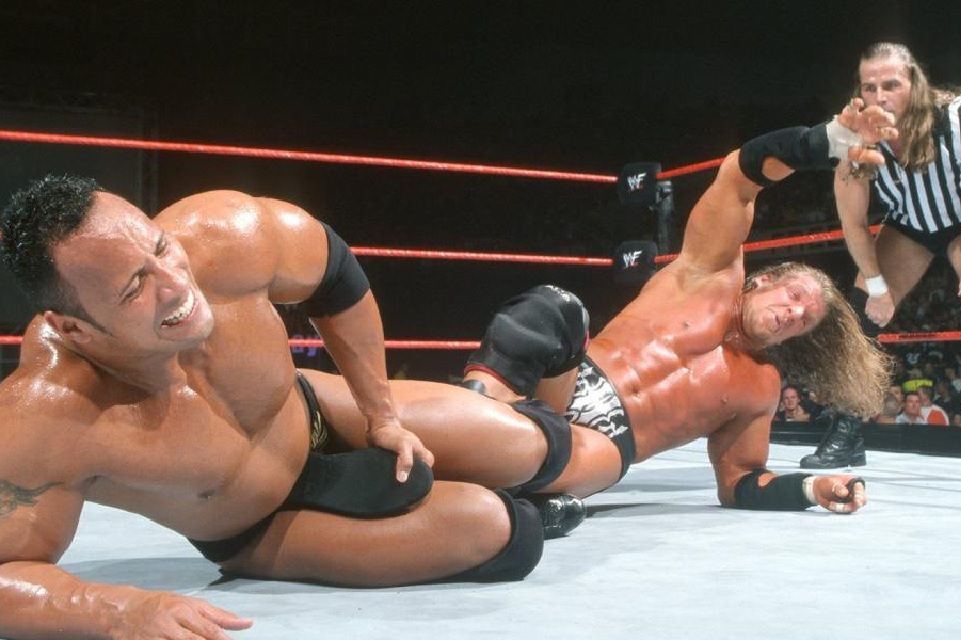