Veteran cornerback Adam "Pacman" Jones was waived by the Denver Broncos on Tuesday, per Tom Pelissero of NFL Network and NFL.com.

As Pelissero noted, Jones implied as much in an Instagram post, thanking Denver for the opportunity and looking forward to his next chapter.

The writing may have been on the wall after Jones' last game with the team, as he played just 6 percent of the defensive snaps in a 23-22 win over the Los Angeles Chargers on Sunday. He had been used in a reserve role for much of the season, accruing only two starts.

The sixth overall pick in the 2005 draft, Jones has played 12 NFL seasons, with his best years undoubtedly coming during an eight-year stint with the Cincinnati Bengals. In that span, Jones started 68 games and picked off 12 passes. He earned an All-Pro nod in 2014 and a Pro Bowl bid in 2015, a season which capped off a five-year playoff run for Cincinnati.

Jones has also been a skilled return man, returning five punts for touchdowns, including three in 2006 with the Tennessee Titans.

The question now is whether the 35-year-old Jones will find another stop. Mike Klis of 9News provided his take:

I talked to CB Adam Jones at his locker Friday. Thought he had two or three more years left in him. Odds against him now that he's 35 and waived. He got just 5 DB snaps after Roby's concussion Sunday and was replaced by River Cracraft on pivotal punt catch late. #9sports

Regardless of whether Jones finds a new home, finding any spot on an NFL roster is impressive enough at age 35, let alone at a position like cornerback. If this ends up being the final chapter of Jones' career, it's been a successful one.

The factor that could cost the Broncos wins this season 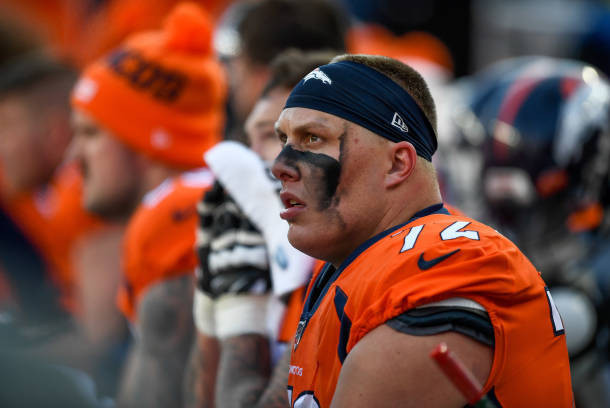