Real Madrid are reportedly considering a move for Los Angeles Galaxy striker Zlatan Ibrahimovic during the January transfer window in a bid to turnaround their recent scoring drought and crisis.

Manager Julen Lopetegui has been heavily criticised as Real have failed to win any of their last five matches, in which they've scored once. Cadena COPE (h/t Mirror's Jack Rathborn) reported Ibrahimovic is being eyed as a short-term solution.

Ibrahimovic's Galaxy need to at least draw against Houston Dynamo in their final game of the Major League Soccer regular season to reach the play-offs. The MLS Cup will be played on December 8, meaning the Swede could be available—either on loan or permanently—come January.

Marcelo's goal in Saturday's 2-1 home defeat to Levante was Los Blancos' first in almost a month, which has unsurprisingly created a great deal of anxiety around the club that just won three European crowns in a row.

It's no coincidence Real have struggled after selling five-time Ballon d'Or winner Cristiano Ronaldo to Juventus and seeing Zinedine Zidane leave the club, but it's the extent of their suffering that's surprised.

Karim Benzema (four) and Gareth Bale (three) have seven league goals between them this season. However, the former scored his in the form of two braces in 4-1 wins over Girona and Leganes, which were back in August and September, respectively.

Only five other players have scored in La Liga this season. Three of those are defenders—Marcelo, Dani Carvajal and Sergio Ramos, who has scored twice.

It was evident prior to Saturday's shock defeat at home to Levante—their first loss to the same opponent since 2007—that Real are in desperate need of a reliable scoring figure up front:

Mariano Diaz was also re-signed by the club after impressing at Lyon in the last campaign, but he's been given only one league start.

There is a question as to whether Ibrahimovic would want to leave his free-scoring haven in California so soon, and he at least looks to be enjoying his prominence in MLS for the time being:

Ibrahimovic will be 37 years and three months old on January 3. If he signs and represents Real from February onwards, he'd become the sixth-oldest player to pull on their colours, per Transfermarkt, after already becoming the oldest to sign for the club (and play).

Frank Lampard, Robbie Keane and Landon Donovan all made loan moves to European clubs from MLS teams in past winter transfer windows before returning to their American employers. The same could be feasible in the case of LA Galaxy's veteran, who is contracted until December 2019.

A move to Real would give him a final shot at the UEFA Champions League, the one major club title that's eluded him throughout an illustrious 20-year career. 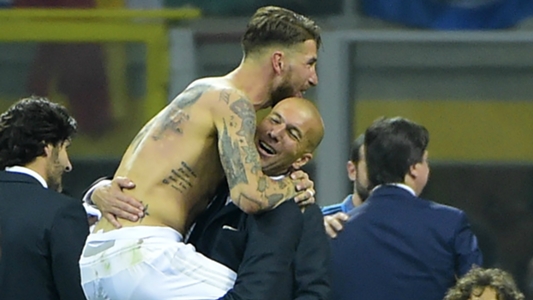