Earlier on Monday, NFL Network's Tom Pelissero reported Sherman's status for Week 15 was up in the air:

#49ers CB Richard Sherman underwent an MRI this morning on his injured hamstring, which is pretty sore a day after that wild win over the #Saints, source said. Status in doubt for Sunday against the #Falcons, but he’ll do everything he can to be ready.

Pelissero later reported Sherman's MRI revealed a Grade 2 hamstring strain, noting it's "definitely tough for this week and perhaps beyond."

The 31-year-old signed a three-year, $27.5 million deal with the Niners in March 2018 following a campaign that was cut short after he ruptured an Achilles tendon as a member of the Seattle Seahawks.

Few injuries can be more damaging in the long term for an athlete, so there were question marks regarding what kind of player Sherman would be after returning to full health in 2018.

The four-time Pro Bowler had 37 combined tackles and four passes defended and went without an interception for the first time in his career.

Pro Football Focus' Michael Renner noted Sherman generally delivered for the Niners: "The former Seahawk ranked first in coverage snaps per reception and fourth in yards per coverage snap. He didn't have a pick for the first time in his career, but much of that was because he was only targeted 40 times all season."

The Stanford product has been excellent in the 2019 season, coming into Week 14 as Pro Football Focus' second-ranked cornerback. Sherman's absence would leave a big void in what has been an excellent 49ers defense if he's unable to play in the Week 15 home game against the Atlanta Falcons.

Should the 49ers Have Richard Sherman Mirror Davante Adams? 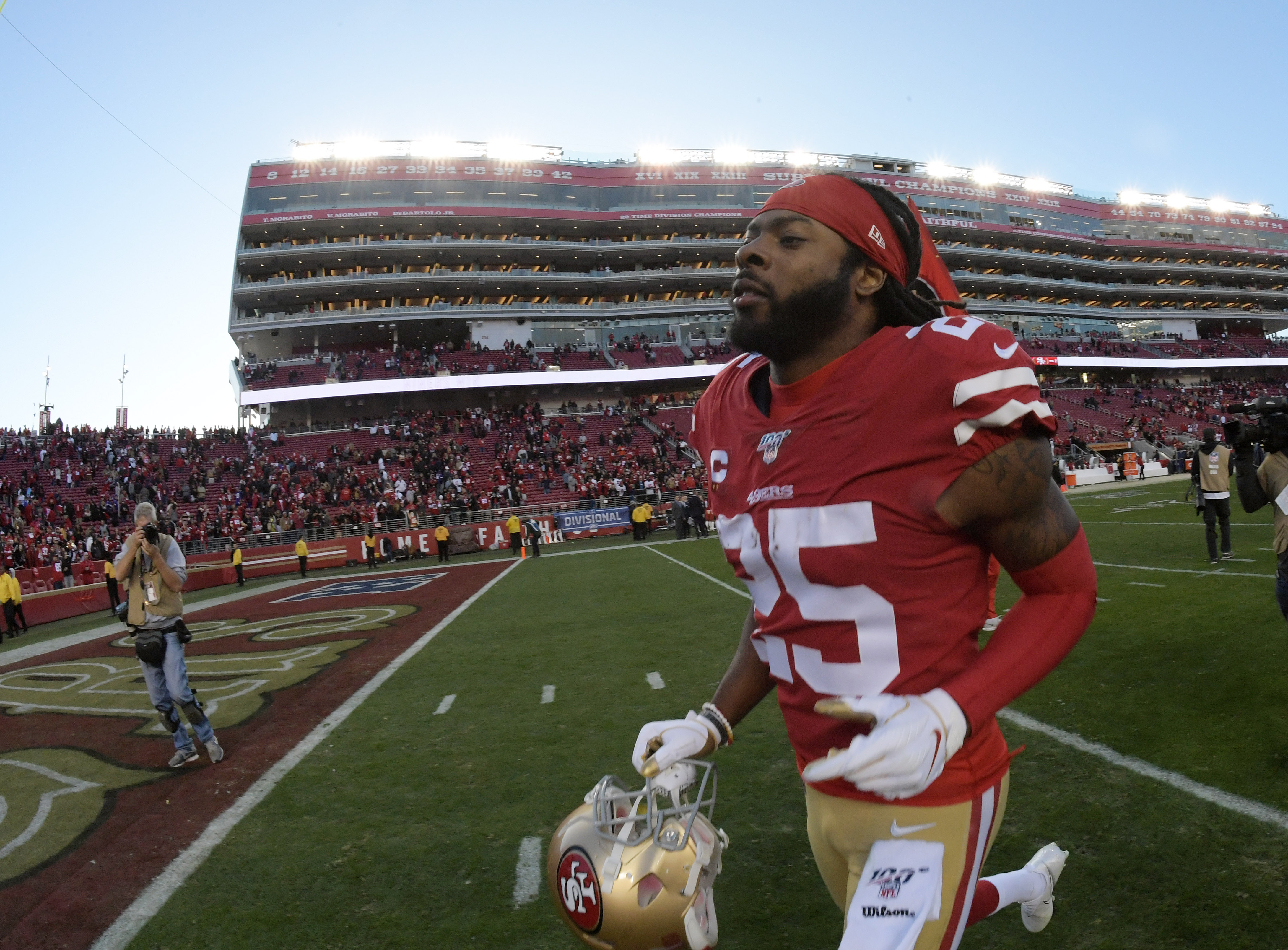 Should the 49ers Have Richard Sherman Mirror Davante Adams?

Sanders Knows Why Garoppolo Doesn't Get Credit He Deserves

Sanders Knows Why Garoppolo Doesn't Get Credit He Deserves