As the Western Conference arms race heats up on the first day of free agency, the Portland Trail Blazers appear to be tightening their belts. On the surface, losing backup center Ed Davis to the Brooklyn Nets on a reported one-year, $4.4 million deal, per ESPN's Adrian Wojnarowski, seems fairly minor. But it could have major negative consequences, both on the court and in the locker room.

🤝 lost a real one https://t.co/7XTotNgIZX

After bouncing around among several teams early in his career, Davis found a home in Portland, signing a three-year, $20 million deal with the Blazers in 2015. His low-flash, high-effort style of play made him a cult favorite among fans, while his work ethic and steady demeanor made him beloved among teammates.

Davis is the kind of player every team in the NBA is better off having than not. He's as low-maintenance as they come, and he shows up every day and does his job while never complaining about his role or minutes. He's appeared in at least 78 games in three of the past four seasons, and the team's rebound rate last season was 2.2 percent better when Davis was on the court than when he was on the bench, per NBA.com.

Additionally, Davis had made it clear multiple times in recent months, with his free agency looming, that he wanted to stay in Portland.

"For sure, 100 percent," Davis said at exit interviews after the Blazers' first-round playoff loss in April. "I've been here three years, so the comfort level is there. Since I've been here, the fans supporting me…I respect and appreciate that."

After agreeing to the deal with Brooklyn on Saturday night, Davis texted NBC Sports Northwest's Jason Quick to reiterate that his preference would have been to re-up with the Blazers.

I’ll learn more about Ed Davis’ thinking tomorrow, but tonight he texts: “I said I wanted to come back ...”

All of which calls into question why Blazers President of Basketball Operations Neil Olshey chose to let Davis walk rather than pay him a relatively small amount of money. It's an out-of-character move for a front office that has been more than willing to pay up to re-sign its own players in recent years.

In the summer of 2016, Olshey opened Paul Allen's checkbook to re-sign role players like Allen Crabbe (who was traded to Brooklyn a year later in a salary-cutting move), Maurice Harkless and Meyers Leonard to big deals. None of those players approached Davis' consistency in role and production.

As a result of that spending spree two summers ago, the Blazers are up against a luxury-tax crunch. They're currently about $2 million over the tax line after declining to extend qualifying offers to guard Shabazz Napier and forward Pat Connaughton, per Cleaning the Glass. Restricted free-agent center Jusuf Nurkic has an $8.8 million cap hold until he either signs his $4.8 million qualifying offer or agrees to a bigger deal with the Blazers or another team.

Losing Davis decreases the Blazers' leverage with Nurkic, who has been polarizing and inconsistent in his season-and-a-half in Portland. When he's engaged, Nurkic is highly effective on both ends of the floor. But he goes through stretches when he appears checked-out, and the Blazers' playoff loss to New Orleans exposed the defensive liability of keeping him on the floor against the kind of mobile big man many teams are employing now.

If the Blazers lose Nurkic, they'll be extremely thin at the center position, with just Leonard and second-year big Zach Collins under contract. Collins showed promise in the second half of his rookie season, but thrusting him into a starting role next season when he may not be ready is a risk.

On-court implications of losing Davis aside, the optics of Lillard's and McCollum's reactions to the news aren't great. Lillard met with Allen in January, reportedly to reiterate that he wanted the Blazers to prioritize making moves to stay competitive while he's in his prime and before his contract expires in the summer of 2021. Letting go of one of the team's most important role players, and one of Lillard's favorite teammates, just to save a few million dollars in luxury-tax payments can't be spun as a positive.

No matter how the offseason shakes out, unless Olshey is somehow able to unload the contracts of Leonard and Evan Turner, he is facing an uphill battle to improve the roster and keep Portland in an increasingly tough Western Conference playoff picture. Davis was one of the only sure things on the roster, someone with whom the team would never have to worry about production on the court or cultural fit in the locker room. He wanted to stay, and the Nets didn't exactly blow him away with an offer that would have been out of the realm of what the Blazers could afford. Any way you slice it, losing Davis doesn't help the Blazers' cause.

Lillard on Ariza: ‘I Think He Can Really Help Us’ 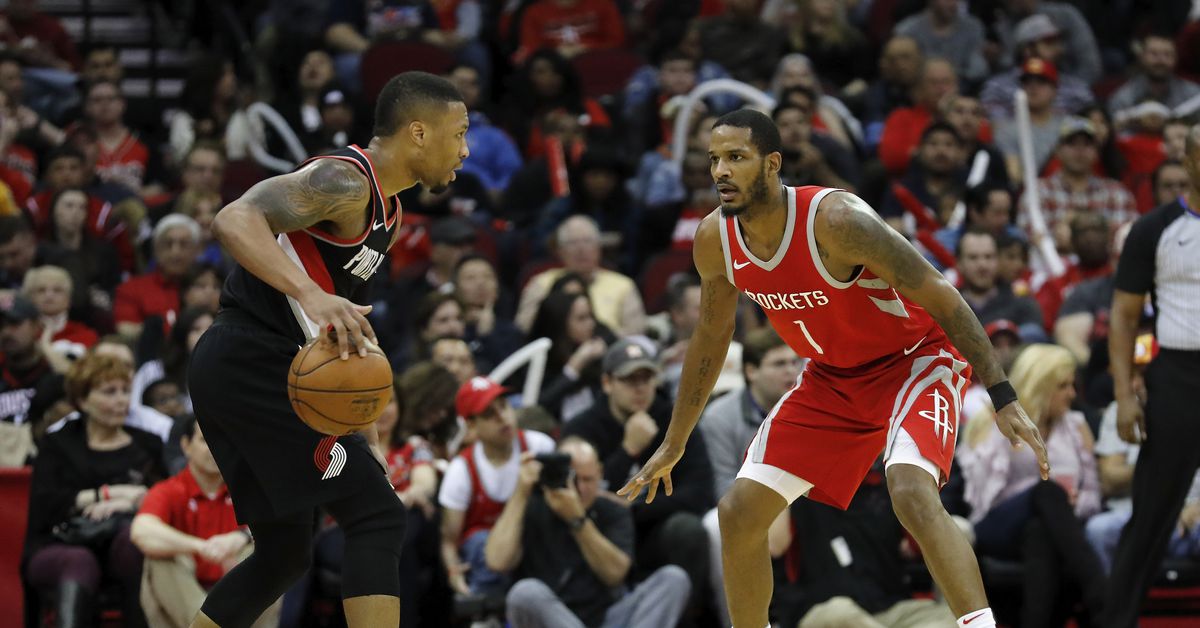 Lillard on Ariza: ‘I Think He Can Really Help Us’