In signing for Arsenal, Henrikh Mkhitaryan finds himself in the unfamiliar position of arriving at a new club having failed to make the grade at his previous one.

Prior to joining Manchester United, Mkhitaryan's career had pursued an upward curve that at times verged on vertiginous.

He won four Armenian titles in four years with FC Pyunik, his first club, then had a successful adaptation to Ukrainian football with FC Metalurh Donetsk. Two-and-a-half seasons of domestic dominance and European exposure at Shakhtar Donetsk followed, and then three campaigns with Borussia Dortmund. Major silverware eluded him at Dortmund, but he signed off with one of the most staggeringly effective seasons by an attacking midfielder in the recent history of European football.

Despite a starring role in last season's Europa League success, he lost his way at Old Trafford, and the warm wishes from United's fans that greeted his characteristically eloquent farewell messages on social media told their own story. Nobody has shed tears over the 29-year-old's exit, and least of all manager Jose Mourinho. It just didn't work out.

As Mkhitaryan looks ahead to his new career with Arsenal, that extraordinary 2015/16 season (23 goals and 25 assists in all competitions) stands as a testament to his credentials as a match-winner. So why did the stars align for him in such arresting fashion? And does that season offer any clues as to whether he will succeed at the Emirates Stadium?

Borussia Dortmund's Hohenbuschei training centre was not an especially joyous place in the early summer of 2013, as the club came to terms with the twin blows of losing both the previous season's Champions League final and home-grown pearl Mario Gotze to Bayern Munich.

Of the €37 million recouped from the Gotze deal, a club-record fee of over €25 million was spent on Mkhitaryan, then aged 24. He was coming off a remarkable campaign in which he had scored 25 goals for Shakhtar (setting a new record for the Ukrainian top flight) and collected his third successive Ukrainian Premier League title.

Mkhitaryan had played against Dortmund in the previous season's Champions League, and the admiration between player and club was mutual.

Mkhitaryan loved Dortmund's high-octane, high-pressing style, and then-manager Jurgen Klopp felt the nimble, two-footed, tactically flexible midfielder would have no trouble adapting to the way his side played. "Mkhitaryan fits us like an arse on a bucket," he told Bild (via Goal). "What he offers is exactly what we need."

Mkhitaryan, who inherited Gotze's No. 10 shirt, scored a creditable 13 goals in his debut season, but Dortmund lost out to Bayern, turbo-charged by the arrival of manager Pep Guardiola, in both the Bundesliga and DFB-Pokal.

The Armenian was to prove the unwitting symbol of their Champions League elimination at Real Madrid's hands in the quarter-finals, rounding Iker Casillas but hurriedly jabbing the ball against a post in the 65th minute of the second leg at the Westfalenstadion. Marco Reus' brace had left Klopp's men needing one more goal to wipe out Madrid's 3-0 lead from the first leg.

By Mkhitaryan's own admission in an article for the Players' Tribune, his 2014/15 campaign was a "disaster." A confidence player, his self-belief seemed to evaporate as the Klopp juggernaut shuddered to a halt, with 11 defeats in their opening 19 games consigning Dortmund to the foot of the table. Hindered by a couple of injuries in the campaign's first half, he drifted through matches like a phantom, leaving Klopp with little option but to take him out of the starting XI.

And then came Thomas Tuchel. Announced as Klopp's successor in April 2015, the former Mainz coach immediately saw in Mkhitaryan a kindred spirit. Both men are deep thinkers and voracious readers.

The cerebral Tuchel, whose training-ground innovations included making his players clutch tennis balls to stop them pulling each other's shirts, recommended books for Mkhitaryan to read and explained how he intended to make him a better player. He pledged to place him at the hub of his team. In Mkhitaryan's words, Tuchel "changed everything."

"I think Mkhitaryan is really happy when he knows exactly what to do. You have to give him a clear plan," Jan-Henrik Gruszecki, a Dortmund fan with close ties to the club, said. "I think Tuchel gave him a feeling that he was the man and gave him a clear plan of how to play. They had, like, a spiritual relationship. It was a kind of harmony with those two guys."

Robert Lewandowski played with Mkhitaryan for one season at Dortmund, before leaving for Bayern in 2014. He believes Mkhitaryan is a player for whom the relationship with his coach is of pivotal importance.

"When he knows that the trainer trusts him, he gives the best that he has," Lewandowski told Bleacher Report. "I think at Manchester for him it was up and down. Sometimes it was good; sometimes it was bad. But he's a very good player. He has very good technique and he's so fast with the ball."

Tuchel's style of play was a better fit for Mkhitaryan, too. Whereas Klopp's football was relentlessly vertical, Tuchel turned Dortmund into a team who dominated possession and sought to create gaps in the final third by pulling their opponents around the pitch.

Klopp once declared there was "no chess" in his football, but Mkhitaryan is a keen chess player. He has said he works his way around the football pitch in the same coolly analytical manner that he plots paths across the chessboard.

Tuchel reconfigured the team to install Mkhitaryan at the heart of things, widening his vista of the pitch by switching him to the left and asking Reus to take up a more functional role on the opposite flank.

Dortmund's play was consciously slanted towards the left. Mkhitaryan would combine with Shinji Kagawa, Ilkay Gundogan and left-back Marcel Schmelzer to drag defenders out of position before springing passes into the spaces that opened up on the right for Reus, full-backs Lukasz Piszczek and Matthias Ginter and jet-heeled striker Pierre-Emerick Aubameyang.

Dortmund had finished the 2014/15 season strongly, securing a seventh-place finish that allowed Klopp to bow out with the consolation prize of a Europa League spot. The team's spring surge foreshadowed the more enduring recovery that would take place the following season, with Mkhitaryan, Kagawa and Reus dovetailing devilishly in support of Aubameyang as a shape-shifting swarm of yellow and black.

Mkhitaryan enjoyed a good on-pitch relationship with his three fellow attackers, particularly Aubameyang, and the joy they drew from playing together resulted in some beautifully constructed goals. Members of the quartet seemed to take malicious pleasure in luring opposition goalkeepers from the safety of the six-yard box before rolling the ball to one of their comrades for a tap-in.

"He likes to be in touch with many players," Gruszecki said. "He doesn't need one partner; he needs two or three."

At the end of the season, Mkhitaryan was elected the Bundesliga's Players' Player of the Year in a Kicker poll, although doubts about his big-game temperament persisted. Having scored in every round of the DFB-Pokal prior to the final, he was criticised for not taking a penalty when the decider against Bayern went to a shootout, which the Bavarians won 4-3.

Just over a month later, and despite indications he wanted to extend his time at the club, he was a Manchester United player. Though he was never loved in the manner of local heroes like Reus and Kevin Grosskreutz, many Dortmund fans felt betrayed.

It does not take much to discern parallels between the circumstances that allowed Mkhitaryan to blossom at Dortmund and the setup he will find at Arsenal: another educated manager ideologically wedded to attacking football—and a fellow polyglot—in Arsene Wenger; a possession-based playing style that facilitates intricate passing combinations in the final third; quick-witted, technically refined team-mates like Mesut Ozil, Jack Wilshere, Aaron Ramsey and Alexandre Lacazette (not to mention a potential reunion with Aubameyang).

"I think Arsenal can be a really good team for him," Lewandowski said. "And if he can show his best, Arsenal will be very happy to have a player like Henrikh." 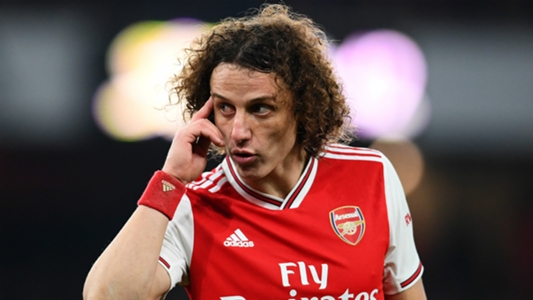