"We're out on the field getting the Tigers ready for another successful run at a state title," chirps the voicemail for the Katy High School athletics department.

Before being asked to leave your "growl" and "pawprint," you'll learn what the school's marching band sounds like, the number of national (three) and state (eight) football championships the Tigers have won and that Gary Joseph serves as both the head of the athletic department and the head football coach—all without anyone answering the phone.

It's an understatement to say football is important to the Houston suburb, and if the impressive voicemail greeting doesn't convince you, consider the $72 million the district just spent on a new stadium. Yes, for high schoolers.

Legacy Stadium is the most expensive stadium in Texas (and thus, U.S.) high school history. It's the latest entrant in what the local media refers to as a stadium "arms race."

The 12,000-seat stadium, complete with luxury boxes and a giant video replay board (which alone cost $2 million), was built alongside the district's old stadium (est. 1981) to provide for its eight high schools, each of which have around 3,000 students.

"Everybody in this community agreed that another stadium was needed—there was just a difference of agreement, maybe, on the cost and the size of the stadium," Katy Independent School District Superintendent Dr. Lance Hindt told press before the stadium's opening, alluding to the possibility that the end cost was higher than the $58 million bond approved by taxpayers in 2014.

Katy is making headlines now, but bank-breaking stadiums are becoming the norm around Texas, turning the Friday night games many non-Texans imagine as a charming, pastoral tradition into big business. Most stadiums due to open in the next couple of years have $45 to $70 million price tags, and that's before inevitable construction overages.

"High school football is bigger in the state of Texas," says Schertz-Cibolo-Universal City ISD athletic director Scott Lehnhoff, riffing on the cliche that probably comes to mind for many when introduced to high school athletics facilities that skew closer to "Jerry World" than Friday Night Lights.

"Friday nights in the state of Texas are not just a football event; they're for the whole town."

The epicenter of luxury school stadiums is the Dallas/Fort Worth area, which can claim to have started the trend almost 20 years ago. In 1999, Birdville ISD included the state's first video replay board in its new stadium, prompting skepticism from press and refs alike (the latter were concerned in-game replays would affect their ability to officiate).

Mark Thomas, now Birdville's communications officer, was a teacher at the time. "It didn't cost taxpayer dollars—it was through sponsorships," he says of the screen, which measured (modest by today's standards) 100 square feet. "At first the coaches had to work to keep the students focused—like, 'Play the game; don't watch yourself on the TV.'"

Thomas says it wasn't long before the next school came along with something bigger and better, which he attributes to the decreasing cost of Jumbotron technology. "As other people see your design and improve on it," he says, "you start to think, 'Wow, I wish we'd done things this way.'"

Bowie Football gets to open Pflugerville's new stadium this Fall in Week 1. Cool opportunity to get the W. https://t.co/Liqs6F5G4O

Today, video replay boards are everywhere, most running in the half-million-dollar range. To stand out, you have to take things higher, like 735-student Carthage High School did in 2013 when it paid $750,000 for a 1,200-square-foot screen. At the time, it was the state's largest. When asked whether it still held that title, the screen's manufacturer, Nevco, said it wasn't sure, but that by now there was "probably a bigger one."

The town's population is 6,856, with a median household income of around $47,000. In contrast, families in the Katy ISD have a median household income of over $100,000—and the district is still in debt. "Back then, people probably thought we were spending a lot of money," Thomas says. "But today, you look back and it's like, we hardly spent anything."

Stadium spending puts Texas' rapidly changing demographics into perspective. Big numbers anywhere in the state draw headlines, but in the Houston and Dallas suburbs, school boards can justify the cost as a response to a dramatic increase in population. The metro areas are the No. 1 and 2 fastest-growing in America, respectively.

Outlying suburbs that used to be one-horse towns are exploding into small cities of their own. But in tiny places like Carthage, the high price of keeping up with the big dogs is a harder sell.

"A better example of how big this trend is [is] my town—Dripping Springs, about 30 minutes southwest of Austin," says Brian DeMarco, retired NFL offensive lineman and CEO of TexasHSFootball.com. "The census had us at about 2,500 people, and they built an $18 million high school stadium. For 2,500 people."

Dallas, though, is still the center of the state's high school football community and, thanks to its prosperous northern suburbs, home to some of the most eye-popping stadium price tags.

"It's a whole different world from the rest of the state, just as far as understanding what a big role athletics can play in your school culture," says Jeff Fleener, current head coach at Mesquite High School and former offensive coordinator at Allen High School, home to both Texas' top-ranked football team and what's generally cited as its first blockbuster Friday night cathedral.

Allen's Eagle Stadium, which seats 18,000 and cost $60 million, opened in 2012 to considerable attention from the national media. It didn't help that less than two years later the stadium's foundation was already cracking, and it had to be shut down more than a year for repairs.

Katy ISD Community, we are ready for stadium tours! Field dedication is tonight at 7:30! https://t.co/uG2CZSx3Ol

Lost in the fray is that Allen is the largest high school in Texas, with a whopping 6,500 students. "The old stadium was seriously undersized," says Fleener, who coached at the school from 2006 to 2014. "The district was spending massive amounts of money to bring in extra bleachers, and there were still people who wouldn't fit."

He compares Allen's enthusiasm for its high school football team to Green Bay's passion for the Packers. Even in the enlarged stadium, the entire home side is made up of season ticket holders. And in a town with a population under 100,000, there's a waitlist.

"If you talk to the community, you're going to get a bunch of people who don't understand why everybody's up in arms about it," Fleener adds. "They love it."

That's the same argument being made at Allen's rival McKinney, the next North Dallas suburb slated to debut a costly new stadium in 2018. Right now, the stadium's sticker price is $70 million, and it's still six months before the slated completion date.

"Most of the people that have an issue with this are not McKinneyites," says McKinney Superintendent Rick McDaniel. "It's people that see it from a distance, who don't understand the significance of this gathering place for our community."

Allen, McKinney and Frisco—a school district whose field is part of the Dallas Cowboys' predictably opulent, brand-new practice facility—are all within about a 15-mile radius and have median household incomes in the $80,000 to $115,000 range. For these districts, consistently ranked among the best in Texas, a grand football stadium is the icing on the already-solid infrastructure.

"If people were to visit McKinney, they'd see that we have state-of-the-art academic facilities at every turn," McDaniel says. "Everything is top-notch, and this is just another piece of that puzzle—not forgoing any of that just to have a good football stadium."

McKinney's well-funded school system is an aberration in Texas, whose schools rank No. 41 in the country, according to U.S. News & World Report. The district's ability to invest in new facilities will allow it to bring in revenue via corporate sponsorships (Allen's exclusive vendors include Dr. Pepper, Chick-fil-A and Dickey's Barbecue), ticket sales and even parking.

"What high schools have done is taken a page right out of the college and NFL playbook: If you build it, they will come—and that's exactly what's happening," DeMarco says. "High school football is the highlight of the week in communities across the state of Texas, and it's definitely a moneymaker just like it is in college and the NFL."

The stadiums' profit potential for each district mirrors the market the NCAA has created on a much larger scale. It also leads to many of the same questions about supporting public education via amateurism that has plagued the NCAA. As Fleener succinctly puts it, "It's definitely one of those things that from the outside, it's hard to understand."

Regardless of NCAA comparisons or shocked sports fans in other parts of the country, the price of Texas high school football is going to keep going up. "The reality is, we're booming in North Texas," McDaniel adds. "Whoever's built the most recent structure like that is going to have the highest price tag."

There is one exception. The Steele High School Knights, who play at Lehnhoff Stadium in the San Antonio suburb of Schertz, Texas, are the only top-five team in the state playing in a stadium more than 20 years old.

Though the stadium recently got a new replay board and press box, the general structure is still the same as it was when the stadium was built in 1966. Scott Lehnhoff (yes, the stadium was named for his parents) was the football coach at Steele until this year, when he was promoted to district AD.

"For whatever reason down in San Antonio, we're a little bit behind Dallas and Houston when it comes to facilities overall, including football stadiums," Lehnhoff says. "Are they necessary? I don't think so. What's a need, and what's a want? The vast majority of our community believes that our dollars can be spent elsewhere to benefit our students a little bit better."

Schertz is in the top tier of Texas school districts, and its football team is a perennial contender for the state title. But do its athletes ever feel outclassed by the supersized stadiums they visit on the road?

"'Oh, Coach, this is nice—you think we'll ever have something like this?' I've had those conversations," Lehnhoff says.

"But at the same time, as old as our stadium is and the lack of flash that it has, on Friday nights, it's still a neat environment. It's crowded—that's what kids notice more than anything. A big stadium with a bunch of empty seats doesn't have much feel to it. I think it's more about the atmosphere of a Friday night." 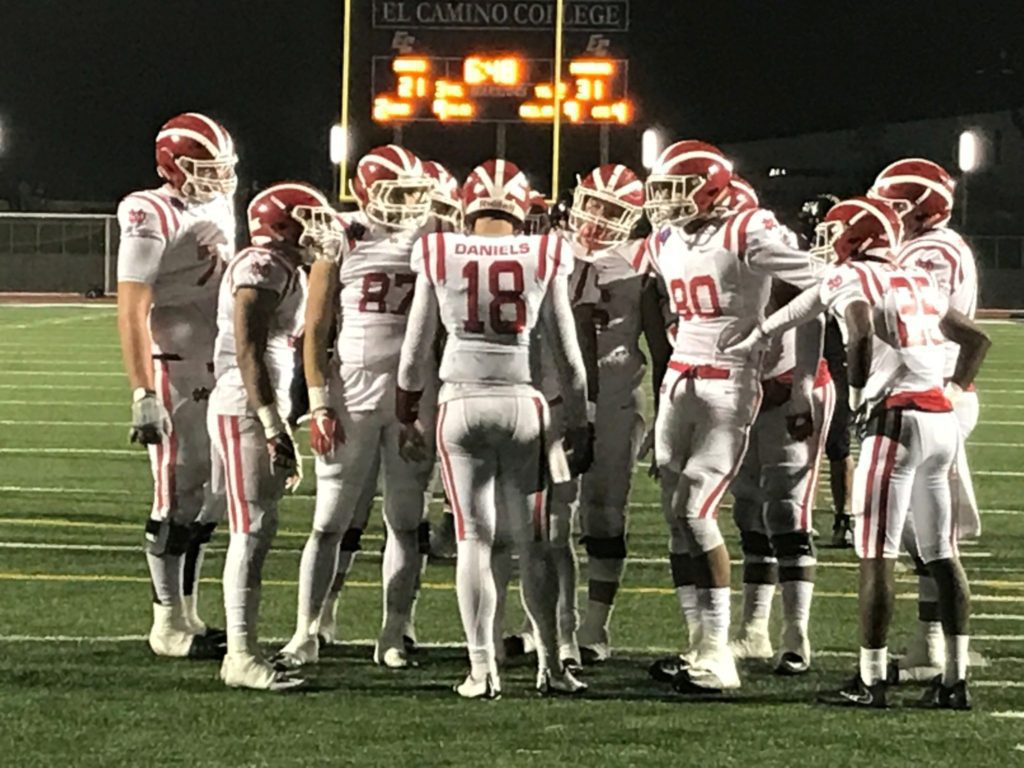 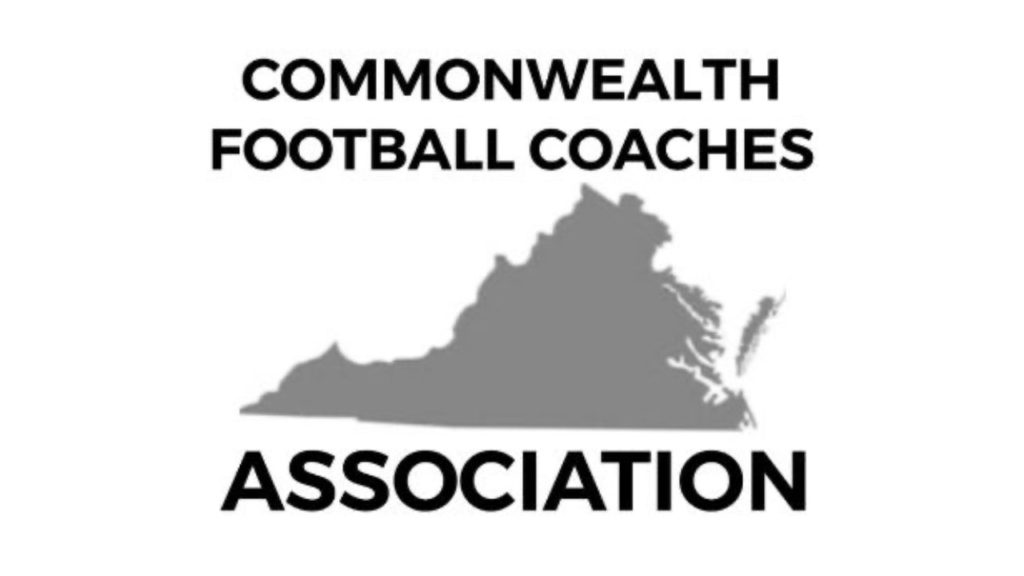