Barcelona, La Masia. The two names have almost become fused as one in the minds of football fans around Europe, with the Catalan club's academy producing a string of stars since the turn of the century.

The likes of Carles Puyol, Xavi Hernandez and Andres Iniesta all became part of the all-conquering Pep Guardiola team, with Lionel Messi as the star. Gerard Pique and Jordi Alba, meanwhile, were among those to have their education origins at La Masia before moving on, emerging as elite talents and returning to Barcelona.

But it hasn't continued. The nature of youth football, and academy production in particular, is necessarily cyclical: the better players they produce, the stronger the first team is, the better the next crop must be to break through. It can't continue indefinitely, and there has been a significant downturn of late.

That said, it's not only a lack of graduating youngsters that is the problem, it's the ceaseless trail of potential draining out of the club before they even get close enough to get a chance at first-team level, and it must really be worrying fans.

Thiago Alcantara, now of Bayern Munich, is the highest-profile example. But Hector Bellerin and Cesc Fabregas left for Arsenal, Sergi Gomez and Andreu Fontas ended up at Celta Vigo. The talent drain is wide-ranging, encompassing Liga-standard and international-standard players, and is sustained over a long period of time.

In the modern day, a new crop of names are departing—players whose talent looks incredible, but whose age means they have been at least a year or two away from challenging for a place under Luis Enrique, or now, Ernesto Valverde.

Jordi Mboula, star of the UEFA Youth League, is moving to Monaco, according to Marca. Eric Garcia, "La Masia's best defender," is bound for Manchester City, per Sport's Albert Roge. And even Carles Alena, who broke through last season and was reportedly set for a new deal, according to Sport's Tomas Andreu, still hasn't signed one and is out of contract this summer.

First and foremost, regardless of how good a player is—young or old—the manager picks the team, and any individual might see a particular player as better or less-impressive than another head coach.

For example, Javier Mascherano, a stalwart at Barca, was barely utilised by his manager at West Ham United, Alan Pardew. Former midfielder Cesc was a huge target for Barca, who played regularly at first and then less so. Moving on to Chelsea, he became a starter once more—but last season he played a bench role under Antonio Conte.

La Liga specialist Simon Harrison sees an element of that now at the Camp Nou.

"I would say that Barcelona haven't been giving their youngest players first-team opportunities, so it has become obvious that they can go to other clubs that trust their youth options much more.

"Last summer showed that they were even prepared to buy ready-made 'depth' rather than buy finished-product stars and then trust canteranos to fill the squad out."

Spanish football writer Carlo Valladares similarly thinks that's at least partly the reason, one not likely to change in the coming season after a change in manager.

"Luis Enrique's reign and results-first policy likely saw players who weren't deemed as ready nor capable of filling Iniesta/Xavi-calibre performances. So, the recent rumblings of further La Masia departures could be a result of the younger players realising this won't change under Ernesto Valverde."

In the social media circle, Twitter account @YoungCules is one of the go-to sources of information for fans on Academy life at Barcelona. Jeffrey Kleine, one of those covering every youth team level for the account, doesn't blame players for heading elsewhere.

"A lack of first-team chances under Luis Enrique might be a reason. They see players at Barca B that seem ready to get first-team minutes, and they're not getting them: Alex Grimaldo, Sergi Samper, Sergi Palencia."

If game time isn't forthcoming, what are young players supposed to do? Stay until 25 as Marc Bartra did, a third-or-fourth-choice and winning titles he doesn't fully participate in, or move to a club who more appreciates—and utilises—his qualities?

European football journalist Harry De Cosemo suggests the issue lies in a change of direction of the club overall, well above the head coach.

"I'd say the main reason is the board. Bartomeu seems intent on doing things differently to Laporta, who prioritised La Masia. Obviously if a Messi comes along he may still get through, but the chances of getting through are reduced in comparison to previous years.

"A lot of these players are just not quite at the level needed and are let go when they are at an age ready for the first team, like Gerard Deulofeu the first time and Marc Bartra.

"With the academy becoming less relied upon, because of big signings, it is tougher to get a good grounding in the side early on. But it's nothing new, Gerard Pique and Cesc left and came back as world-class players, Bellerin may do the same. Players will look at them and think the route to the top is clearer elsewhere."

Kleine of @YoungCules goes further, blaming the board for not showing the young talents the attention to detail they require and indeed deserve.

"Late contract renewals. Some players are only getting renewed a few months before their contract ends. This has been irritating us hugely over the past few years. I can understand that this upsets the players, too; making them feel unwanted or uncared for.

"There's also a lack of faith in the project in general. Gerard Romero from RAC1 reported that Mboula consulted [Barcelona] coaches and they told him to leave—a terrible sign."

If the instruction doesn't come down from those in charge overall, that La Masia remains pivotal to future plans, why would head coaches risk their jobs and trophy chances to incorporate untested players, even if they are technically gifted?

When suggesting that Barcelona can turn things around for La Masia, it's clearly not going to be an overnight project. It's not only the players who are departing, but seemingly coaches, too, disenchanted at the lack of progression for the youngsters they help evolve.

Catalonia-based journalist Josep Capdevila took to his Twitter account to report (in Spanish) that four youth coaches were leaving Barca, at least three of which didn't have an immediate offer to take up elsewhere. "Do we continue thinking there's nothing wrong here?" he asks.

But perhaps it's simply that the players aren't up to scratch. Valladares thinks that's at least partly the reason.

"I think La Masia has dipped in the quality of production. As a result, this has an effect on Barca's recruitment policy and the Masia hopefuls. Under Guardiola, the Cruyffian-like ethos was still there: developing and nurturing younger players with potential.

"There are also financial aspects to consider," adds Kleine. "A footballer's career is short, and money of course is a very valid reason to consider leaving."

While other clubs might be prepared, or able, to offer young players huge contracts, the delay in offering any kind of deal is related to this: the security of a player's future and the knowledge that progression is still possible.

Barcelona are still bringing some players through.

Rafinha is an important squad member now, while Sergi Roberto has finally established himself as a first-choice—albeit against the wishes of some. But beyond that, the next crop of teens and early 20-somethings is slowing, no doubt.

And now a new issue: Seungwoo Lee, long heralded as Barca's golden prospect and a Korean version of Messi, is being courted by Schalke and Borussia Dortmund, per Mundo Deportivo's Angel Perez (in Spanish).

The talent drain continues, and the reasons why are varied. Barcelona need to plug the leaks, but intent and direction must come from the top.

All quotes obtained firsthand unless stated. 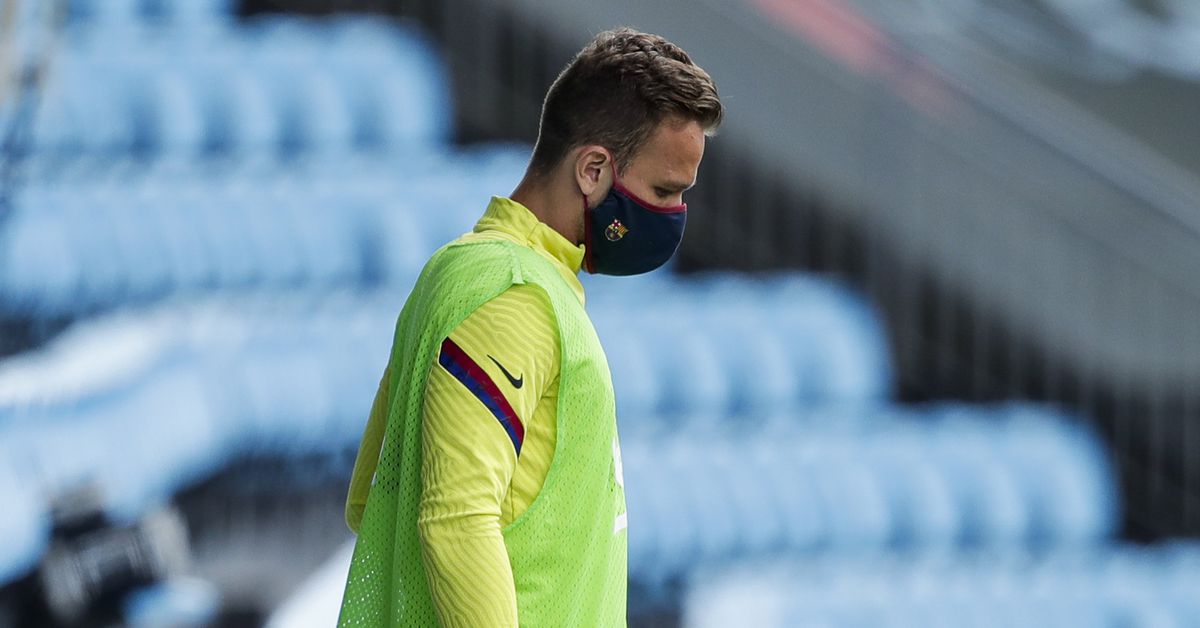 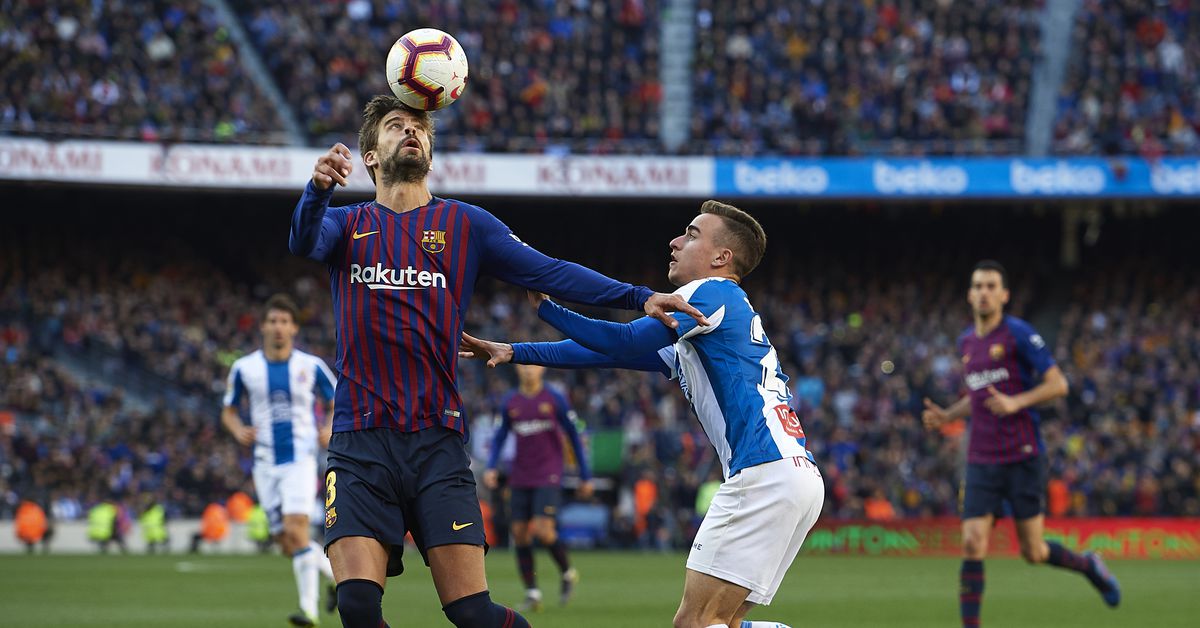