You can hear it in his voice, in the way he dives into answers before his translator can even begin to turn English into Spanish. For Saul "Canelo" Alvarez, known to most only as Canelo, Saturday's bout against Julio Cesar Chavez Jr. is different. It's something more than just another prizefight.

There's something majestic about this man, a rags-to-riches story of a boy propelled to greatness by the power of his pride and a hard day's work. The mask he puts on to face the media and fans—so attractive to corporate sponsors and old ladies alike—doesn't have a mean expression. It's all red hair, freckles and an enigmatic smile. He isn't just a fighter. He's a sportsman. The new golden boy. Above petty emotions and crass motivations.

Except, perhaps, he's not—at least when it comes to this fight.

What is it about Chavez that has him so on edge?

"The rivalry between me and Chavez has always existed, but even more so since the fight has moved forward," Alvarez says. "The comments that he's made, some of the things he has said in the media, have not sat well. And that motivates me—to train even harder, to really prepare well for this fight. It's extra fuel."

OK, so it's not much on the surface. Canelo most certainly is no Conor McGregor or Muhammad Ali, blistering opponents with words as well as fists. Trash talk is never going to be his forte, and for any other fighter, that's just another quote, a simple attempt to hype a fight.

But I've interviewed Canelo four times leading up to fights, and this is the first time he's approached an identifiable human emotion. His carefully crafted image, that of a gentleman in a savage sport, slips, if only for a moment.

"There's a lot of emotion—a lot of emotion for this fight," Oscar De La Hoya, Canelo's promoter and Hall of Fame boxer, says. "Which is trouble for Chavez. I've never seen him like this. He's training with anger, but it's a controlled anger. He really wants to punish Chavez. I don't know what he did or said to Canelo, but they just don't like each other.

"These kinds of fights make you better. You become a faster fighter. You for some reason become a stronger fighter too. In some ways it's kind of like an out-of-body experience. You do things you maybe didn't even know you were capable of. When he steps into the ring on fight night, Canelo is going to be a beast."

Chavez has hit Canelo where it hurts most, criticizing his choice of past-their-prime opponents and reluctance to fight Gennady Golovkin, accusing him of ducking the middleweight kingpin for an easier fight. An exchange on HBO between the two fighters grew heated, and if the two were acting, they missed their true calling as the next Robert DeNiro and Al Pacino.

According to boxing historian Rodolfo Mondragon, of UCLA's Department of Chicano Studies, there is a lot going on in this fight under the surface. It's a battle of two proud and distinct regions of Mexico, a war between classes with underlying racial elements and even a referendum on the Americanization of Mexico's latest boxing icon. But ultimately, he explains, it's a tale as old as time.

"Like most fights, it's presented as good versus evil," Mondragon says. "It's the golden boy versus the silver spoon.

"Canelo comes from the slums of Guadalajara. His is the story of a man who came from nothing. You have working-class fans who gravitate to Canelo because he represents their ethics—hard-working values, like dedication and earning your keep. He pulled himself up from nothing.

"Whereas Chavez has had everything handed to him, and that's not a value system many people in Mexico can ascribe to. Chavez is this rich kid who didn't necessarily have to fight. He's been ungrateful and hasn't always worked hard to get what he has. He's living off the legacy of his father."

This is a matchup, not for a title, but for pride and being able to claim they are the best fighter in Mexico. These two fighters are competing for something special. And it makes fans excited to see who will emerge as this generation's best fighter of Mexican descent.

The Chavez name stands alone in the history of Mexican boxing. Salvador Sanchez and Carlos Zarate may have built the template for Mexican fighters to follow, but Julio Cesar Chavez Sr. perfected it. Senior won the first 87 fights of his career, becoming, in the process, a global star. He won gold and glory, never taking a step backward, always in pursuit, fearsome body-punching and a dangerous left hook his calling cards.

"In Mexico, Chavez is like the czar, the king of boxing," De La Hoya says. "Canelo knows who Chavez is and respects his legacy to the utmost."

As a sign of that respect, Canelo agreed to cancel a bet between the two fighters that would have made the bout a true winner-take-all fight. But it's a respect that doesn't, it seems, extend to the next generation.

"I do think that Chavez had to work and train to get to where he is," Canelo says, somewhat diplomatically. Then, once more, the mask slips. "But he's had so many highs and lows in his career that if it wasn't for his father's name, he wouldn't be in the place that he is. I made my own path. He's the opposite. He had the benefit of being a Chavez and still couldn't take advantage of it.

The name Chavez has been both a blessing and a burden for Junior, who followed in his father's footsteps despite familial concerns. It's opened doors and is the reason he received $25,000 for his debut fight while Canelo made just $40 for his first bout. But it's also resulted in increased public scrutiny, turning his issues with drugs and making weight into a national soap opera.

This is Junior's moment, his opportunity to forever cement his own legacy and place in boxing history. This isn't a fight for championship gold, though the WBC has created a beautiful belt to present the winner. Instead, somehow, it's bigger than that.

"This is a matchup, not for a title, but for pride and being able to claim they are the best fighter in Mexico," Mondragon says. "These two fighters are competing for something special. And it makes fans excited to see who will emerge as this generation's best fighter of Mexican descent.

"These are prizefighters near the top of their game and at the height of their popularity. Canelo is the next Golden Boy, the corporate fighter. He presents himself as a classy professional. He works hard and presents these values of capitalism. Then you have Chavez, who is popular because of his dad's name. There is a loyalty based simply on his father's legacy. They supported Senior and also support his son."

"In Mexico, they expect this to break all TV ratings records. It will be as big as the World Cup in Mexico."

The result has been unprecedented interest in Mexico and beyond. Though Canelo is a heavy favorite, Chavez's size, both physically and metaphorically, have created just enough doubt to make the bout a matter of heated debate, even among fans who don't normally follow the sport.

"They are telling me that in Mexico they expect this to break all TV ratings records. It will be as big as the World Cup in Mexico," De La Hoya says. "That's partly because of the Chavez legacy, but Canelo has become a superstar in his own right. We had 700 media requests for credentials. That's unheard of for any event Golden Boy has done. In Mexico, we had to broker a deal with both TV Azteca and Televisa to show the fight. That's how big it is."

How much of that is promoter hyperbole is anyone's guess. But it's undoubtedly a huge fight, both domestically and in the United States, where it will be held in Las Vegas' T-Mobile Arena. Cinco de Mayo weekend has become the defacto date for most big boxing matches between fighters of Mexican descent, much to the confusion of many.

The May 5, 1862 battle between a ragtag Mexican army led by General Ignacio Zaragoza and a French force three times its size is a minor footnote in Mexican history, rarely celebrated outside of Puebla, where the battle took place.

"On the Mexican side, a lot of folks consider it a made-up American holiday," Mondragon says. "It's become a very commercialized celebration in the United States. Cinco de Mayo weekend is a very attractive weekend to present a boxing match because of the economic gain it presents...it's emerged as this commercial holiday and a way to attract a large fanbase to the fights."

De La Hoya says he was the first to stake a claim to Cinco de Mayo, settling on the date because Chavez Sr. had made Mexican Independence Day on September 16 his own. That it has morphed into a bonafide holiday weekend says much about his own ability to attract an audience of Mexican-American fans during his prime as a fighter.

"The Irish have St. Paddy's, and everyone is wearing green and having fun," De La Hoya says. "But there is no sporting event. I wanted to make it a weekend full of festivities with a major fight to cap it off. And a fighter like Canelo Alvarez can help me continue that tradition.

"It's perfect timing. We anticipated this type of popularity for Canelo. The only thing left is making him comfortable speaking English. Because he does speak it. He just feels a little bit shy because he doesn't feel like he's mastered it. But that time is going to come. Once he speaks English and connects with the American audience, he's going to be the biggest star in boxing by far."

To do that, he must first defeat a man who has become more than a mere opponent. It may have started as a battle for a place in history, a chance to confront the Chavez legacy head on. It's morphed during the promotion into a bonafide grudge match, the kind of fight fathers tell their children about.

"It is different, because when you know you're going to confront a Mexican, it's a guaranteed war," Canelo says. "And it's a pure war. It's going to be a hard fight. But that's what you train for.

"I don't really know if a son of a rich man can have what it takes to be a great fighter. But, come the night of the fight, I hope he does have that resolve and doesn't quit. In Spanish it is called 'ganas,' the will and desire to fight and give a good performance. He says he's never trained harder for a fight. I hope that's true."

Everything you need to know before the bell 📊

Our staff gives its picks for Saturday's fight 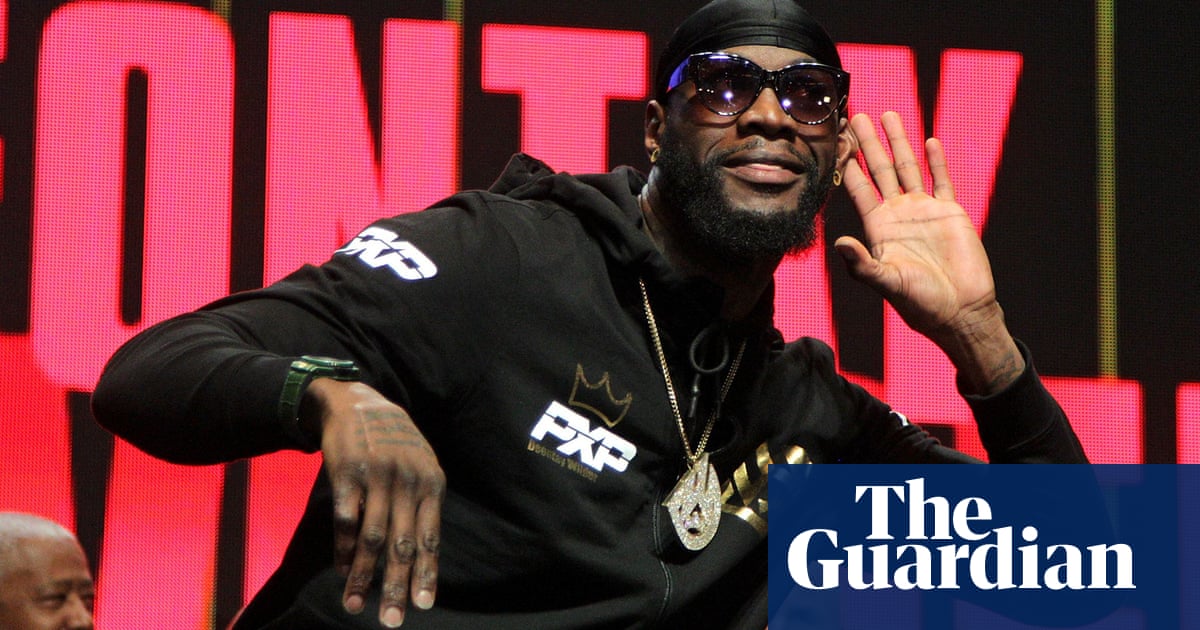 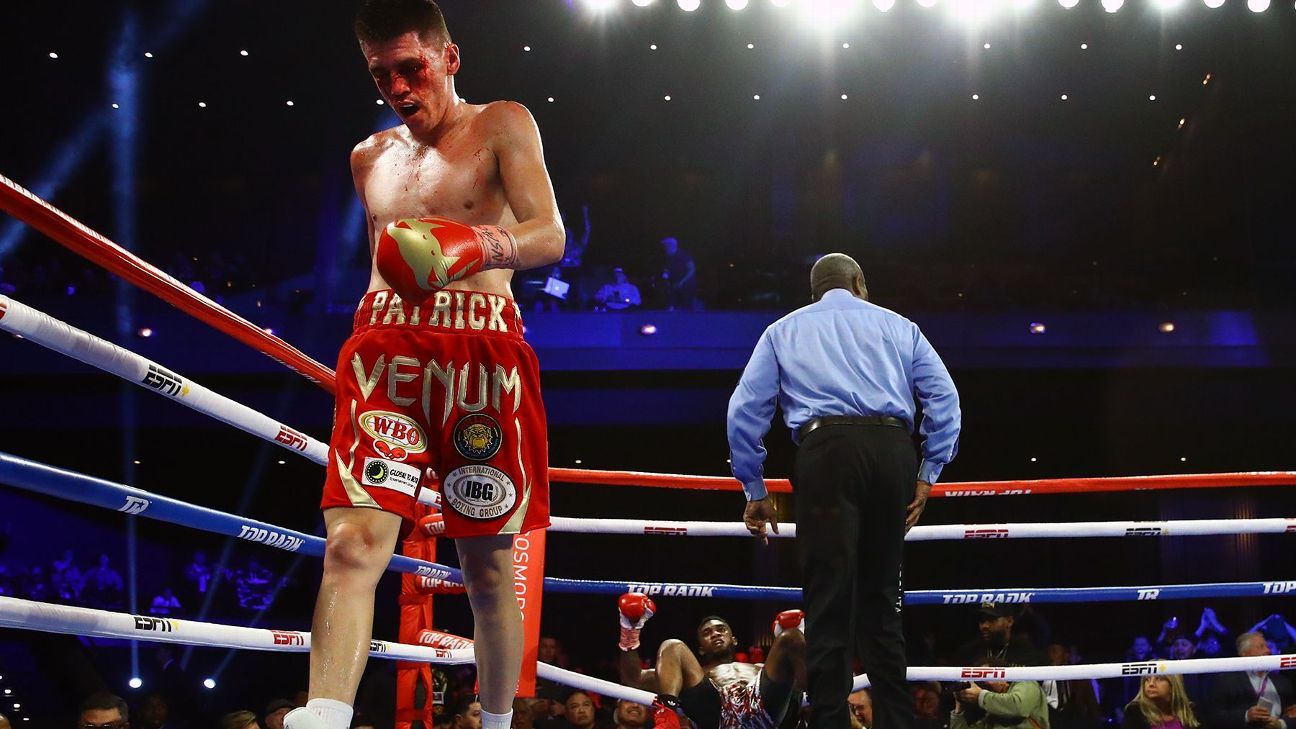