The best thing you can say about Yoelquis Cespedes is you'd notice him even if you didn't know his last name.

The ball jumps off his bat, and there's real speed in his legs. The more people are watching, the more he seems to shine.

"Yes, that's probably innate in the genes," Cuba manager Carlos Marti said, a couple of days after Cespedes had three hits against Japan at a sold-out Tokyo Dome during the 2017 World Baseball Classic.

There's a flair in the way the kid plays, even though he's a little quiet when he speaks. Add in the facial resemblance, and you might just make the comparison to a certain Cuban outfielder who stars for the New York Mets.

Yoenis and Yoelquis are literally brothers from another mother, half-brothers who share the same father. They're distant enough in age (12 years) that they didn't grow up in the same house, but they're close enough as family that they still speak regularly.

"He tells me what I'm doing right and what I'm doing wrong," the 19-year-old Yoelquis said through an interpreter, taking a short break from preparations for a World Baseball Classic game this month.

Standing next to him, the comparisons fade a little, because even accounting for the age difference, Yoelquis doesn't have the same solid frame as Yoenis. He says Yoenis has talked to him about beginning a weight-training program, but he'd have to grow quite a bit to become a power guy.

"Yoenis had a bigger body, a bigger, stronger body," said John McLaren, who first saw the older Cespedes at a 2010 international tournament and managed against Yoelquis at this year's World Baseball Classic. "This kid will utilize his legs more."

Even so, McLaren said Cespedes impressed him more than anyone on Cuba's WBC team.

"He's very impressive," said the former major league manager, who now coaches with the Philadelphia Phillies and ran China's team in the WBC. "He has a plus arm and a great athletic body, and the ball comes off his bat nicely. And he has pretty good bloodlines."

Yoelquis doesn't shy away from questions about his more-famous half-brother. He doesn't stop at saying he wants to match Yoenis' exploits, either.

"Something that makes me very proud is that he said he's going to work very hard to be better than I am," Yoenis told Ken Davidoff of the New York Post.

"Yes," Yoelquis said when the topic came up. "That's my dream."

"Difficult," Yoelquis agreed. "But not impossible."

He has a ways to go. After a strong start in the WBC, Yoelquis slumped so badly he was dropped from the lineup for Cuba's final two games. He finished the tournament 4-for-16 with no walks and six strikeouts, a far cry from the 11-for-24 with six extra-base hits Yoenis used to vault into the international baseball conversation in 2009.

Yoenis was 23 years old for that tournament, four years older than Yoelquis is now. Yoenis left Cuba two years later and eventually signed a four-year, $36 million contract with the Oakland A's. He has played for the Boston Red Sox, Detroit Tigers and the Mets since then, and he signed a four-year, $110 million deal with the Mets last November.

Money like that has to tempt any young Cuban star, but for now, it's only available to those who break Cuban law by defecting. Understandably, Yoelquis isn't going to talk about that possibility publicly, if he even thinks about it at all.

Asked if he hopes to someday play on the same team as his half-brother, he answers diplomatically.

"I read something about how maybe in 2021 [at the next World Baseball Classic], Cuba might allow major leaguers to play," Yoelquis said. "That would be a great opportunity for us to play together."

It's hard to know how likely such a change would be, but you can see why some in Cuba would welcome it. Cuba was once a world baseball power, advancing to the final of the first World Baseball Classic in 2006 before losing to Japan. The defections have taken their toll, and when Cuba was eliminated without a win in the second round this year, Marti reacted less with disappointment than with acceptance.

"We had games against the Netherlands and Japan, and those are both high-quality teams," he said. "We're such a young team. We have to prepare for the future."

They weren't really a young team, with 36-year-old Frederich Cepeda, 30-year-old Alfredo Despaigne and 31-year-old Yurisbel Gracial hitting in the middle of the order and 31-year-old Lazaro Blanco as the top starting pitcher. But Marti clearly looks to Cespedes to head the next generation of Cuban stars.

Aside from managing the national team, Marti manages Granma in Cuba's Serie Nacional. He played with Cresencio Cespedes, father of Yoenis and Yoelquis—"He wasn't as good," Marti said—and he has known both the boys since they were young.

Even with Yoenis (he hit 20 or more home runs five times in Cuba's 90-game season), Granma never won the Cuban championship. This past season, with Yoelquis carrying a .901 OPS and scoring 42 runs in 61 games, Granma won a championship for the first time.

Yoenis was already 23 when he starred in his first (and so far only) World Baseball Classic, in 2009.Denis Poroy/Associated Press

"He was a huge part of it," Marti said. "When we won important games, he was there."

Playoff games in Cuba can draw 30,000 or even 40,000 fans, so Yoelquis had a chance to play in front of big crowds with big pressure.

"It's a challenge when you see so many people," he said.

Baseball in Cuba remains hugely popular, but the quality of Cuban baseball has been hurt by all of the defections. Players like Jose Abreu, Aroldis Chapman, Yasiel Puig, Yulieski Gurriel—and Yoenis Cespedes—have all left for the major leagues, leaving the domestic league much weaker than it once was.

There's still some talent, which is one reason why nearly every major league team sent a scout halfway around the world to Japan to watch Cuba play six games in the World Baseball Classic. For many of them, Yoelquis Cespedes was one of the main attractions.

"An explosive package," said one scout, who works for a National League team. "He has a lot of skills, and he's very much at the onset of his career. He has a chance to be an everyday player in the big leagues."

Scouts admit it's a little hard for them to compare Yoelquis to his half-brother, because few if any of them saw Yoenis play at the same age. Scouts can't easily go to watch domestic games in Cuba, and Yoenis' debut with the Cuban national team didn't come until the 2007 Pan American Games, just before his 22nd birthday.

Their memories of Yoenis are more like ours, of a developed young man whose strength and athletic skill gave him a chance at stardom. Opposing pitchers saw that when Cespedes came to the major leagues with the A's in 2012.

Chen also faced Yoelquis while pitching for China in the World Baseball Classic this year, getting him to ground out.

"He's a good, fast player, but Yoenis Cespedes is a lot better, in my opinion," Chen said a few days later. "Yoelquis is going to be good, don't get me wrong. But his brother can hit 40 home runs. His brother is more powerful, more intimidating."

Fair enough, but Yoenis was also 26 years old when Chen first faced him. Yoelquis is 19.

Jesse Sanchez of MLB.com, in a story from the Caribbean Series where Yoelquis played for the Cuban team, referred to some "baseball experts" claiming Yoelquis is better than Yoenis was at the same age. Those experts apparently didn't include Marti, the man who managed both players.

He would offer high praise to the younger Cespedes, though.

"He has developed in the baseball academies, and he has innate talent," Marti said. "He has speed and a strong arm, and he could be a very good hitter."

For now, American baseball fans can only follow him from a distance, waiting to see how U.S.-Cuba political relations develop or to see if Yoelquis follows his half-brother's path and defects from Cuba for a chance at big money.

For now, they can watch Yoenis play for the Mets, setting a standard that Yoelquis dreams of someday topping. It's easy to look at the kid's face and make the comparisons, easy to see him handle the spotlight and figure he got that innate ability from the family genes.

It's also easy to look at his small frame and say he'll never be the package of athletic strength Yoenis is. He can lift weights, but how much more muscle will his body be able to handle?

Is there any chance Yoelquis can ever become the better Cespedes?

Difficult, for sure. But perhaps not impossible. 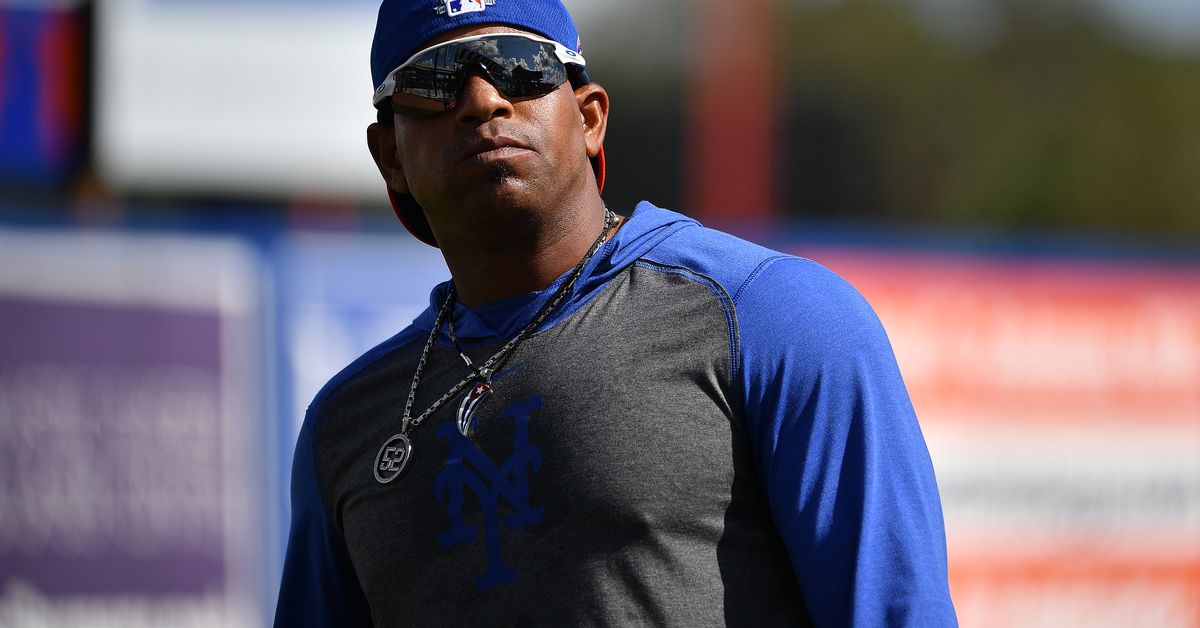