Antoine Griezmann became the player he is today at Real Sociedad.David Ramos/Getty Images

As he proved so spectacularly at the 2016 European Championship in the summer, Antoine Griezmann is a fiercely proud Frenchman.

His six goals earned him both the Golden Boot and the best player at the tournament awards, and despite being unable to inspire the host nation to a victory against Portugal in the final, he emerged from this summer as the country’s new shining star, the new go-to man and a player that French football will be banking on in years to come.

But despite all of that, there will be a part of Griezmann that will forever remain Basque.

And it is that part of him that is sure to be stirring within when he takes to the field at Real Sociedad’s Anoeta stadium in the red and white of Atletico Madrid on Saturday afternoon.

Because while Atletico are certainly his club now—and his club are banking on him as they continue to challenge at the top end of the European game—there can be no doubt about the debt he owes to Sociedad.

Shunned by his homeland when he was rejected by Lyon as a youngster, Griezmann was 14 when his enormous potential was spotted by Sociedad scouts at a tournament in France in 2005.

They desperately wanted to sign him for the Basque club, and while the move to Spain could not have been an easy one for a player so young, after consultation with his family, it was decided that the teenager should take a leap.

It was one he wouldn’t regret.

But for years Griezmann would have been the odd one out in the Sociedad youth sides.

The club had relaxed their policy on signing Basque-only players in the previous century when they brought in the likes of John Aldridge from Liverpool and Dalian Atkinson from Sheffield Wednesday, but for a 14-year-old in a foreign land, it would still have been tough to integrate into a new way of life.

Perhaps it was on the pitches of the Zubieta youth academy that the Griezmann of today began to emerge, with his determination to prove himself to his peers echoed in his fight to be seen as one of the very best players in a world including Lionel Messi and Cristiano Ronaldo. Atletico’s fight to achieve relevance can also be echoed here.

As Jonathan Fadugba wrote in a 2014 profile of Griezmann in FourFourTwo, the Spanish and French fusion was combining both on and off the pitch:

The youngster embraced life in the Basque region and now holds this Spanish background dear, if his choice of dressing room initiation song is anything to go by. Ahead of his France debut he chose a Spanish number. “No one will know if I get the words wrong,” he reasoned with a grin.

This fusion of both French and Spanish style is a notable characteristic of Griezmann’s game. His playing style is uniquely Spanish in flavour, a consequence of his upbringing in the finishing schools of a Spanish academy, where touch and technique are the prevailing mantras. Indeed these twin ‘T’s are probably Griezmann’s fortes, along with a wonderful left foot that is both graceful and forceful, depending on the situation.

And it was that left foot that would have been one of the key attributes that brought Griezmann to the attention of Sociedad’s manager Martin Lasarte on the eve of the 2009/10 season.

The club was arguably at its lowest ebb, with the sales of key players such as Xabi Alonso, Nihat Kahveci and Darko Kovacevic resulting in a 2007 relegation, which led to a third season in the second tier.

Lasarte, the new manager, needed something and someone fresh. And the 18-year-old Griezmann proved to be exactly what was required.

He scored on his first professional league start—a 2-0 win over Huesca at the Anoeta in the fifth league game of the season—and he went on to feature 39 times in the league as Sociedad won it, clinching promotion back to the big time.

And from there the club from the Basque region have never really looked back, with Griezmann a key figure all the way up to his departure for Atletico Madrid in 2014.

Often playing wide and in support of a main forward, his goals output wasn’t what we all expect to see of him these days in the shirts of both France and Atletico, but it was clear that the improvement in his game was taking place year on year. As, indeed, was the improvement in Sociedad’s.

They established themselves as a real force in La Liga, and as a difficult place for the top clubs to go.

Griezmann’s 10 league goals—the best output of his career at that point—helped the club to a fourth-placed finish in the 2012/13 season, when the headlines were mostly taken by the Mexican forward Carlos Vela, formerly of Arsenal, who had scored 14 times and assisted nine, while goalkeeper Claudio Bravo—later of Barcelona and now Manchester City—was also in inspired form.

The Frenchman was seen as a talented player but not quite as the standout, breakout star that we would all come to see in the following years.

And, if anything, it took a return home for him to show his true quality.

Just 17 minutes in to Sociedad’s Champions League play-off clash at Lyon at the beginning of the 2013/14 season, Griezmann’s stunning overhead kick sent his side on the way to victory in the most remarkable way possible. For a player who had been disregarded by his boyhood club eight years earlier, it would have been the sweetest of moments.

It was the first of a 20-goal season for him that would make plenty sit up and take notice, including the French national team, who called him up to the senior squad for the first time in February 2014—his first international involvement since being banned from the youth sides for over a year in 2012 for indiscipline.

But he looked a different player now, with his clever movement and almost electric energy lighting up a Sociedad side who were to finish seventh in a league season won by Atletico Madrid.

And they were the club who came calling for Griezmann when he made his inevitable exit from the Anoeta that summer, citing the need to play at a higher level and test himself with the Spanish champions.

He receives a warm welcome every time he returns to the Anoeta in an Atleti shirt and showed great respect for his former club when he refused to celebrate a stunning goal he scored there in October 2015.

Atletico fans would take the same again on Saturday, but whatever happens either there or in the future, Griezmann is certain to never forget the club that first gave him a chance.

He may be French by birth, passport and national team, but to plenty at Sociedad, he’ll always be Basque. 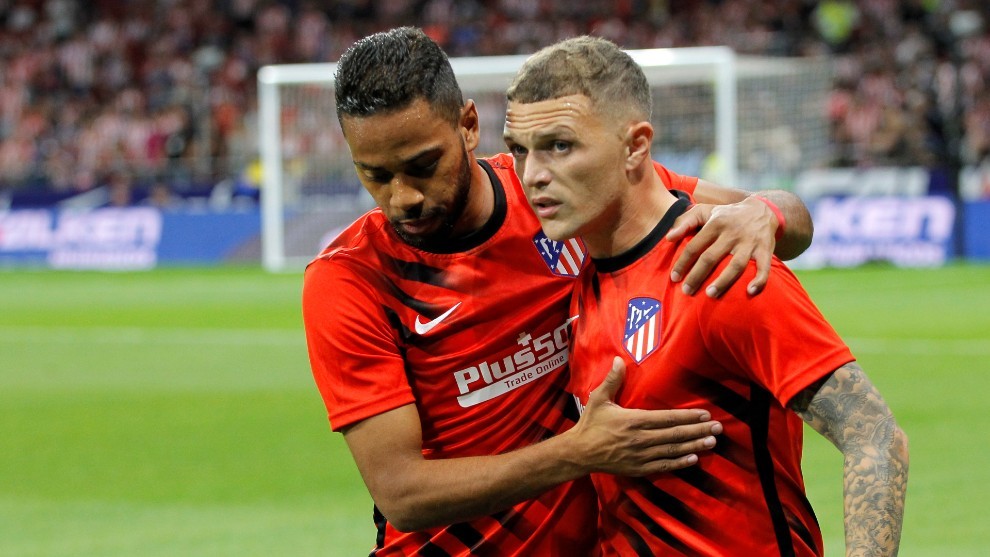