When Bob Stoops captured the national title early in his tenure at Oklahoma, he did so with just four players from the state of Texas in the starting lineup back in 2000. That, more than anything that happened that year, might have been the biggest anomaly in Norman during a season for the ages.

Four years later, when the Sooners lost to USC in the BCS National Championship Game, Adrian Peterson and Rhett Bomar paced a group of 13 Texans who started for the team that season. 2008’s team, which also made it to the title game and set a host of school, conference and FBS records on offense, featured eight players from the Lone Star State in the lineup.

It’s been basically a birthright for the crimson and cream the past several decades. Dating back to the days of Bud Wilkinson and Barry Switzer, Oklahoma has always crossed the Red River to pluck plenty of Texas talent.

While the rival Longhorns took home most of the press on Wednesday and SEC schools were stuffing the 247Sports Top 25 with quality classes, quietly and under the radar was an interesting phenomenon unfolding for head coach Bob Stoops: a diminishing amount of Texans among the Oklahoma signees.

Of the 19 players the Sooners inked this year, just three hailed from south of the state line. That’s the fewest ever in one class for Stoops, who is the nation’s longest-tenured head coach and just hauled in his 18th crop of recruits.

"It's a class that really covers the country, from East Coast to West (Coast),” Stoops said in his signing day press conference. “With having a national brand, we continue to do well all over the country, and I felt like we did again this year."

Instead of pounding the ground in their rich and fertile recruiting territory just a three-hour drive from campus, Oklahoma’s strategy in piecing together its 2016 class was in many ways a culmination of a big gamble begun by Stoops several years ago. Back in 2011 in a similarly-sized class, the team signed players from just six states and had over three-quarters of the group hail from Oklahoma or Texas.

This year, the Sooners brought in players from a whopping 13 states and the District of Columbia. Just five recruits were in-state players or from south of the Red River. It’s part of a continuing trend the past several cycles as the team looks to navigate what is quickly becoming a new era for the school in a reconfigured Big 12.

“We’ve always been national, but we start with Oklahoma and Texas. That’s where it starts with us,” Stoops added. “We are always going to scour Texas the best we can. But when we have interest around the country, we’ve always gone after it since I’ve been here.

“The landscape of college football is different now, though, so I do think it’s fair to say it’s as challenging as it has ever been. The footprint of college football continues to change. But I’ve always felt strongly we’ve had a national brand and could go across the country and will continue to do it.”

The question is whether this recruiting gamble has been a savvy move as a result of those landscape changes or one that has been forced upon the Sooners by others. Long gone are the days—just five years ago, really—when Oklahoma was landing one of the top two or three players in Texas and grabbing its fair share of the top 20 in the state. It simply is no longer a two- or three-man race when a top recruit from the area is looking to make his college choice.

Texas A&M joined the SEC in 2012 and has ridden a wave of momentum under Kevin Sumlin ever since Johnny Manziel won the Heisman Trophy. Baylor recently won back-to-back Big 12 titles and just this year captured one of the best recruiting classes the Bears have ever had. TCU remains a perennial Top 25 team under Gary Patterson and now has the distinction of being the only Power Five school in the talent-rich Dallas-Fort Worth metroplex.

And that’s to say nothing of the surge Houston (which hosts Oklahoma this season) has experienced under Tom Herman and the success SEC powers like Alabama and LSU have had in the area.

Then there’s the simple fact that recruiting, in this social media-fueled day and age, has simply become less about where you’re from, and the importance of staying close to home has decreased. Look no further than this year’s Top Five recruits from the state of Texas, according to 247Sports, who are going to Ole Miss, Houston, Florida, Baylor and Stanford, respectively.

To help combat this, Stoops has remained tied to productive areas but also opened up new pipelines.

Perhaps the most intriguing has been the connection to California that Oklahoma has developed. The Sooners plucked 5-star linebacker Caleb Kelly out of Fresno and lured 4-star cornerback Jordan Parker from the Bay Area. Last year, they convinced Dru Samia to come to Norman from Danville, California, and the true freshman wound up starting at offensive tackle for the team during its run to the College Football Playoff.

Going back even further, one can find Oklahoma snagged talented players from the Sunshine State such as Tony Jefferson and Kenny Stills.

Will it all pay off for Stoops and the Sooners eventually? This year’s run to the final four is a good omen that the program can still field an elite team despite an increased reliance on talent in its backyard.

Still, things are certainly different in Norman now compared to the heyday of the Stoops era, and even well before that. The core of the Sooners football team is changing, and it was readily apparent on Wednesday just how much.

Bryan Fischer is a national college football columnist for Bleacher Report. You can follow Bryan Fischer on Twitter at @BryanDFischer.

Joe C. on football this fall: 'No way to put a percentage on it'

Joe C. on football this fall: 'No way to put a percentage on it' 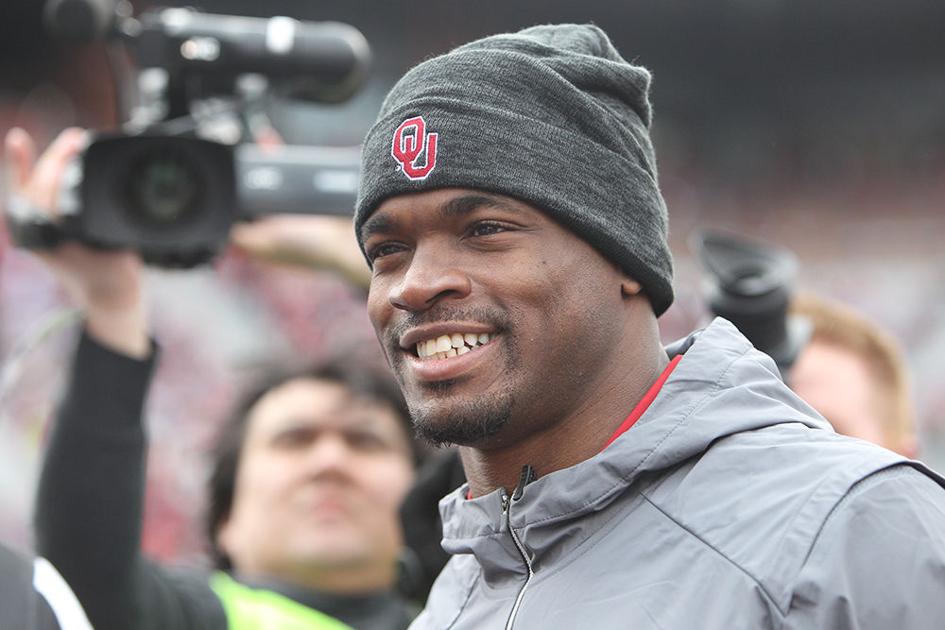 Lincoln Riley 'Totally' Expects Baker to Bounce Back in 2020

Lincoln Riley 'Totally' Expects Baker to Bounce Back in 2020