An NFL team that is not planning to use its first-round pick in the 2015 NFL draft on a wide receiver, but is still hoping to land the next Antonio Brown or Odell Beckham Jr., should look no further than Kansas State’s Tyler Lockett.

Scouts, coaches and analysts who prioritize size for pass-catchers won’t rank Lockett highly on their draft boards. Lockett measured in at just 5’10” and 181 pounds at the Senior Bowl this January.

This past NFL season, however, was proof that bigger is not always better, at least for receivers.

In total, six of the NFL’s top 11 in receiving yards for the 2014 season measure in at less than six feet and less than 200 pounds.

Lockett’s not quite as explosive as Beckham Jr., and he won’t follow in Beckham Jr.’s footsteps of being a top-10 pick. But he could follow the lead of Brown, a 2010 sixth-round pick who has similar measurables and skills, and end up being one of the biggest draft steals of 2015.

It’s reasonable to question Lockett’s projection to the NFL because of his size, but it sure didn’t stop him from being great in college. Over the course of his four-year career at Kansas State, Lockett caught 249 passes for 3,710 yards and 29 touchdowns.

Perhaps the biggest reason for Lockett’s collegiate success was his route-running ability, an area in which he is arguably better than any other wide receiver in the 2015 draft class.

Explosive off the line of scrimmage and sharp in his breaks, Lockett is consistently able to get separation from defensive backs. He is especially dangerous at the intermediate level, as his quick turns on curl and comeback routes often create large gaps of space away from opponents.

Lockett’s not a burner who will simply run by defensive backs, but his ability to deke out defenders with his moves—like he did on the play below against Iowa State—enables him to win deep nonetheless.

His route-running prowess also played a big part in Lockett scoring 11 touchdowns in each of his past two seasons, despite not having the prototypical size of a red-zone target.

One might not expect a 5’10”, 181-pound receiver to win in jump-ball situations, but the above clips are just two of many examples of Lockett making contested catches in his collegiate career.

While you won’t see Lockett box out defensive backs with his small frame, he has a high vertical leap, attacks the ball in the air and demonstrates that he can possess the ball securely through contact.

Lockett exhibits impressive body control in the air to adjust to throws and come down with receptions, even when the space he has to work with is tight.

As good as Lockett is getting open and making tough catches, he can also be dangerous with the ball in his hands. Quicker than he is fast, Lockett can use his moves to shake defenders in the open field and produce yards after the catch, like he did on the following example against West Virginia.

Like Brown, Lockett is able to use his open-field running ability to also excel as a returner.

In his senior season, Lockett returned 21 punts for 402 yards, including the following two touchdowns.

Lockett also had four career kickoff-return touchdowns—two in his freshman year and two as a sophomore—and finished his four years with 77 kickoffs returned for 2,196 yards.

Can Lockett Overcome His Limitations to Be a Star?

That’s the question NFL teams considering using an early-round pick on Lockett will have to consider. While the skills highlighted above suggest he should be able to, there are some legitimate reasons for concern.

While many attributes can be improved, one Lockett cannot improve is his frame. He certainly could put on five to 10 pounds as he makes the jump to the next level, but his weight is likely to be less concerning to scouts than his small hands and short arms.

Lockett’s small hands have been reflected in his play. He had occasional drops throughout his collegiate career, and had to let some catches into his body.

Meanwhile, his short arms limit his catch radius and his ability to extend away from his torso to catch imprecise passes.

An area in which Lockett can improve—and in which Brown has improved since his collegiate days at Central Michigan—is his strength. It might be necessary if Lockett is going to thrive on the outside the way Brown does.

Lockett can often beat defensive backs off the line of scrimmage with his release, but when he does not, he has trouble getting off press coverage. He is also largely a non-factor in the ground game, as he has not shown much ability to make an impact as a downfield run blocker.

Those who pay more attention to physical gifts than football skills won’t be clamoring for a chance to select Lockett in this year’s draft. A team ready to utilize Lockett where he wins, on the other hand, might end up looking very smart for bringing him in.

Where Will Lockett Be Drafted?

The upcoming emphasis on the NFL Scouting Combine and pro days won’t help Lockett’s draft stock, as he is a player who looks far more impressive in game play than he will running a 40-yard dash in shorts.

That said, Lockett has already helped himself in one key pre-draft event, and will likely continue to stand out in other aspects of his draft evaluation.

During this year’s Senior Bowl practices in Mobile, Alabama, Lockett stood out as the smoothest receiver in attendance. While his route running was as impressive as ever, as he consistently beat his opponents in one-on-one drills, he also had no trouble catching the ball.

Another area where Lockett should win is the interview room.

A two-year captain at Kansas State, Lockett was one of five players named to the first team for this year’s Senior CLASS Award, which recognizes athletes who “have notable achievements in four areas of excellence – classroom, community, character and competition.”

It’s evident that Lockett, whose father Kevin played in the NFL for seven years, is not a player teams need to have off-field concerns about.

“You don’t have to worry about me getting in trouble or smoking or drinking ‘cause I don’t do any of that type of stuff,” Lockett said in a post-practice interview at the Senior Bowl. “I’m a kid who’s going to be able to go there, make everybody else around me better and able to be a leader in there and just create a type of atmosphere that coaches want to be able to have as a team.”

A player with a polished skill set who was productive on the field and is mature off it, Lockett has just about everything—except for the all-important measurables—that NFL teams look for.

Because his lack of size limits his upside in relation to many other prospects, especially in a draft class that is deep at the wide receiver position, Lockett is unlikely to be selected before the late second round or the third round.

He shouldn’t fall nearly as far, however, as Brown did in 2010. In his most recent Scouting Notebook, Bleacher Report’s Matt Miller reported that at least one NFL team expects Lockett to be a top-75 draft selection.

All quotes obtained firsthand unless otherwise noted. All GIFs were made at Gfycat.com, using videos from Draft Breakdown and Daily Motion.

Gene Taylor: Fan attendance at Bill Snyder Family Stadium will 'be limited' in 2020 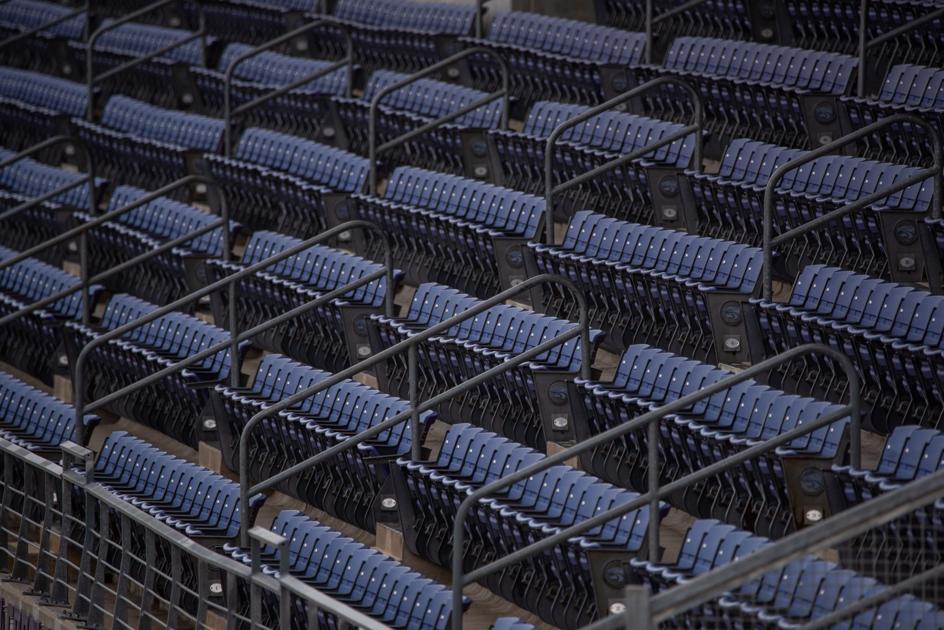 Gene Taylor: Fan attendance at Bill Snyder Family Stadium will 'be limited' in 2020