LAWRENCE, Kan. — Cliff Alexander slapped his coach's backside and then sprinted off the court after a wacky 85-78 win over Oklahoma on Monday night at Allen Fieldhouse.

His motor, it should be noted, was still revving.

"I think my motor was real good," Alexander said.

Two days after getting benched at Iowa State for playing with a lack of a motor, Alexander played a pivotal role in saving Kansas from what would have been one of the biggest collapses in the history of the storied program.

This has been a weird, up-and-down, make-your-coach-wanna-drink-vodka kind of season for the 11th-ranked Jayhawks.

And as puzzling as Kansas has been—like when it leads by 19 at half over OU, somehow blow that lead, trail by four and then calmly rally in crunch time—Self's handling of two projected lottery picks has been just as flummoxing.

The latest example that had the natives restless was Self's use of Alexander in Saturday's loss at Iowa State. The freshman big man scored six points and had six rebounds in the first half of that game. Then he played 94 seconds in the second half, replaced by the less-heralded Landen Lucas.

"I wasn't running the floor," Alexander said. "I didn't alter any shots that I could have, and I missed out on some rebounds."

Alexander also made his bed with his last two defensive plays against the Cyclones—a poor close-out and half-hearted help defense—and Self was going to make his point.

He did the same thing with freshman wing Kelly Oubre earlier this season. Oubre, a big-time NBA prospect, played a total of 26 minutes over a four-game stretch in late November and early December.

He's now a starter and is averaging 14.3 points over his last four games. On Monday, he was named Big 12 Newcomer of the Week for the second time this season.

"Coach Self is definitely one of the best coaches in America," Oubre said. "He knows what he's doing and he's going to teach us a lesson someway, somehow, and he's been doing that. He's been molding us to be the best players we can be.

"It's not going to be given to us, and he's teaching us that lesson. He's making us come out and play harder and learning how to really play hard. Just be the best players that we can be. However he does that, I respect, because I respect the process."

Oubre seems sincere and so does Alexander when he says he agrees with Self's assessment that he wasn't playing hard enough.

Alexander says Self tells him every day in practice that he needs to play with a motor. He shows him video of former KU big man Thomas Robinson.

Robinson ran the floor hard and tried to dunk everything. He hated rims.

That's what Self wants out of Alexander, and he knows this team isn't reaching its ceiling unless he gets through to his freshman big fella.

"Let's be honest. Hey, Perry [Ellis] and Jamari [Traylor] are great, but they don't give us a physical presence like Cliff potentially does," Self said. "We need that. It changes our team."

Proof was in the final minutes against the Sooners. Alexander grabbed the offensive rebound that led to the Brannen Greene's go-ahead three-pointer. Twenty seconds later, he took a charge when TaShawn Thomas drove into the lane.

He also had his second double-double of the season—13 points, 13 rebounds and one blocked shot.

"Everybody needs a rim protector. Everybody needs somebody that can get rebounds in traffic that has extremely strong hands," Self said. "There's so many teams that good teams have from a physical presence that we haven't really had consistently this year, and it's not a knock to Cliff.

"Hopefully it has taken him half his freshman year to figure it out, but hopefully from this point forward, we'll see a turned-up guy."

Alexander's importance is magnified by the fact that the Jayhawks have less room for error than they've had in past seasons. You saw that in the second half against the Sooners.

Self said that unlike past seasons, his team can play well against the top seven or eight teams in the league and still lose.

The Big 12 still goes through Lawrence, but 11 straight regular-season conference titles isn't happening unless Self figures out a way to get Alexander to bring it consistently.

Alexander trusts his coach. "I mean, he's been doing this before I was even born," he said. "I just got to play in his system and do what he tells me to do."

But trust has never been the issue.

"He's the most coachable kid in the world, and we love him, but he's been a struggle because he hasn't brought the same energy level consistently," Self said. "When he doesn't play with energy and bounce, he just becomes average."

Average wasn't going to cut it for Oubre, and Self figured out how to push his buttons.

Luckily for Kansas, it appears he's getting through to Alexander. Even if it meant not giving his team the best chance to win on Saturday, Self was going to make his point.

With Oubre, the leash is now longer. And with Alexander, Self may just give him the same benefit of the doubt the way he responded on Big Monday.

"He hasn't been playing with that free mind," Self said. "He is conscience. He wants to do it, but we just need to say, 'Screw up. That's fine. Screw up. Just make sure you're doing it 100 miles per hour,' and we would be a much better team." 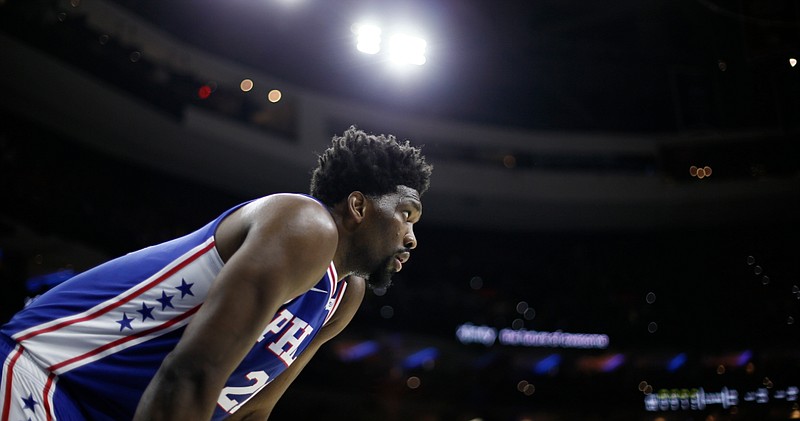