The Minnesota Vikings will benefit from the return of playmaking tight end Kyle Rudolph in the near future. When that is and what kind of impact Rudolph’s return will have on the struggling offense are the questions yet to be answered.

Rudolph went out with an injury in late September that required sports hernia surgery, sidelining him for over a month.

Rookie Teddy Bridgewater took over the starting quarterback job during Rudolph’s absence, with mostly up-and-down performances over his five starts. Bridgewater’s reliance on tight ends in the passing game has been a feature of the Vikings offense and one of his avenues toward early success.

Andrew Krammer of 1500 ESPN provided an update on Rudolph’s status on Monday afternoon:

Zimmer: Kyle Rudolph took part in team drills. They're still hopeful for a return this week.

The return of Rudolph will be a welcome sight for a Vikings offense missing multiple starters since the beginning of the season.

With Rudolph out, tight ends Chase Ford and Rhett Ellison are assuming bigger roles in the offense. But that hasn’t led to a complete famine. Over the last two weeks, Ford and Ellison have combined for 17 receptions for 157 yards and a touchdown. Ford is the Vikings fourth-leading receiver despite missing the first three weeks of the season.

In short, the two have performed well in their expanded roles. Offensive coordinator Norv Turner has showed confidence in Ford and Ellison when deploying his offensive rotations.

Each of the Vikings deployments that used an extra offensive lineman were short-yardage packages containing more than one tight end, so 32 percent of offensive sets over the past two weeks have utilized two or more tight ends. On first downs, that percentage jumps to 42.

Frequent rotation of offensive personnel sees Ford and Ellison running on and off the field with regularity, but their overall usage has been high. Only four percent of plays had no tight end on the field at all.

How will those numbers change when Rudolph returns?

Expect the usage of 12 and 22 personnel groupings to increase. For the tight ends, expect Ford and Ellison to split snaps. With a decrease in three-receiver sets, Jarius Wright might lose more time than any other Viking.

Those tradeoffs should benefit a Vikings offense crying out for more size at the tight end and receiver positions, for guys who can outmuscle defenders and catch contested passes—traits Rudolph has in spades.

An uptick in two-tight end sets can give the Vikings a schematic advantage too, especially when using the pass-catching talents of both Rudolph and Ford. Turner has already aligned Ford and Ellison in ways to successfully fulfill different roles on the Minnesota offense. Rudolph gives him even more flexibility.

Having each tight end flank a tackle or having each on the same side of the offensive line are the basic alignments. Turner also likes keeping one tight end in line while using the other either in the slot on the perimeter.

On this play, Ellison helps out the offensive line. With the shakiness of Viking tackles Matt Kalil and Phil Loadholt to this point, it’s easy to see why the Vikings would do this. It allows for them to bolster a shaky offensive line while giving opposing defenses an ambiguous look before the snap.

Turner’s offense is also motion heavy, which means tight ends are moved all around the formation.

With Rudolph joining Ford as tight ends No. 1 and No. 2, Minnesota has two viable pass-catchers who can run downfield routes and outduel defensive backs on deep balls and back-shoulder throws. Both can also aid in pass-blocking.

When letting both tight ends out into routes, the Vikings can either attack defenses with vertical routes over the middle or provide short to intermediate outlets for a quarterback who thrives in those areas of the field. This is an example of one of those plays:

With the way Bridgewater picks apart zone coverage, having two bigger targets between the numbers or even near the sideline only makes for more manageable throws for the rookie quarterback.

Those are some of the schematic advantages the Vikings will benefit from upon Rudolph’s return.

Minnesota will hope for a big impact in the red zone as well. The offense has struggled to punch the ball into the end zone for a majority of this season. It ranks No. 24 in red-zone scoring percentage.

The only reason the Vikings aren’t the league’s worst red-zone offense is rushing touchdowns. The trio of quarterbacks Minnesota has trotted onto the field in 2014 have managed only six touchdown passes, the fewest in the league. Aaron Rodgers threw that many in a single half. Thirty NFL quarterbacks have thrown six or more touchdowns, including numerous guys who have been yanked from their starting jobs.

Rudolph may come to the rescue. He has a strong track record of catching touchdown passes, with 13.4 percent of his career receptions being for scores. His catches are far more concentrated in the red zone than even many of the game’s best tight ends.

Previous coaches in Minnesota have identified Rudolph’s skill set as most conducive to success as a red-zone target. Turner and the current staff surely have the same views and will make a point to get him involved in order to cap offensive drives with six points.

The immediate challenge for Rudolph will be to build up a level of comfort with Bridgewater, something Ford clearly has at this juncture. When the QB knows where his biggest target will be and trusts the timing of his routes, the targets increase, especially within the tight confines of the red zone.

Rudolph can add a much-needed spark to the sputtering offense. The quickest way for him to do it is by catching touchdown passes.

Having him on the field only adds to the repertoire of formations and offensive play calls Turner can implement as well, so things might just be looking up for the Vikings offense in the back half of the season.

Statistics via ESPN.com unless noted otherwise. 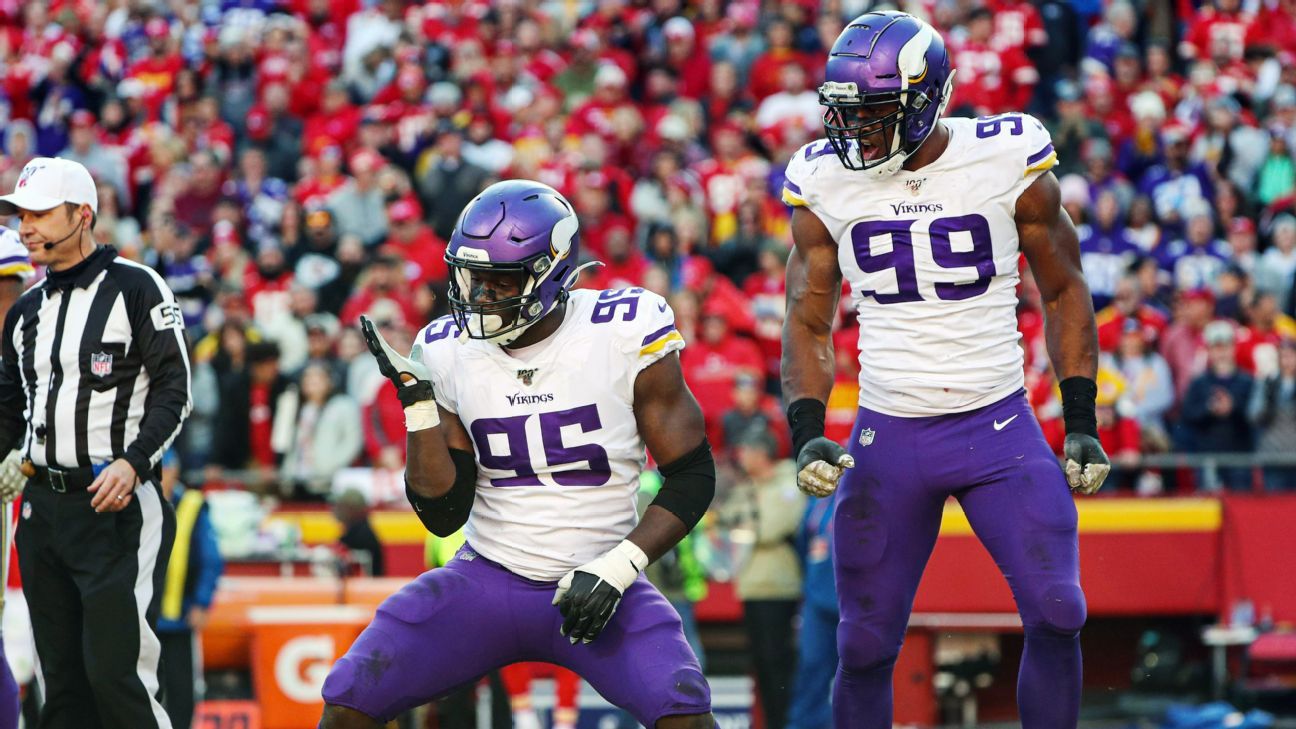 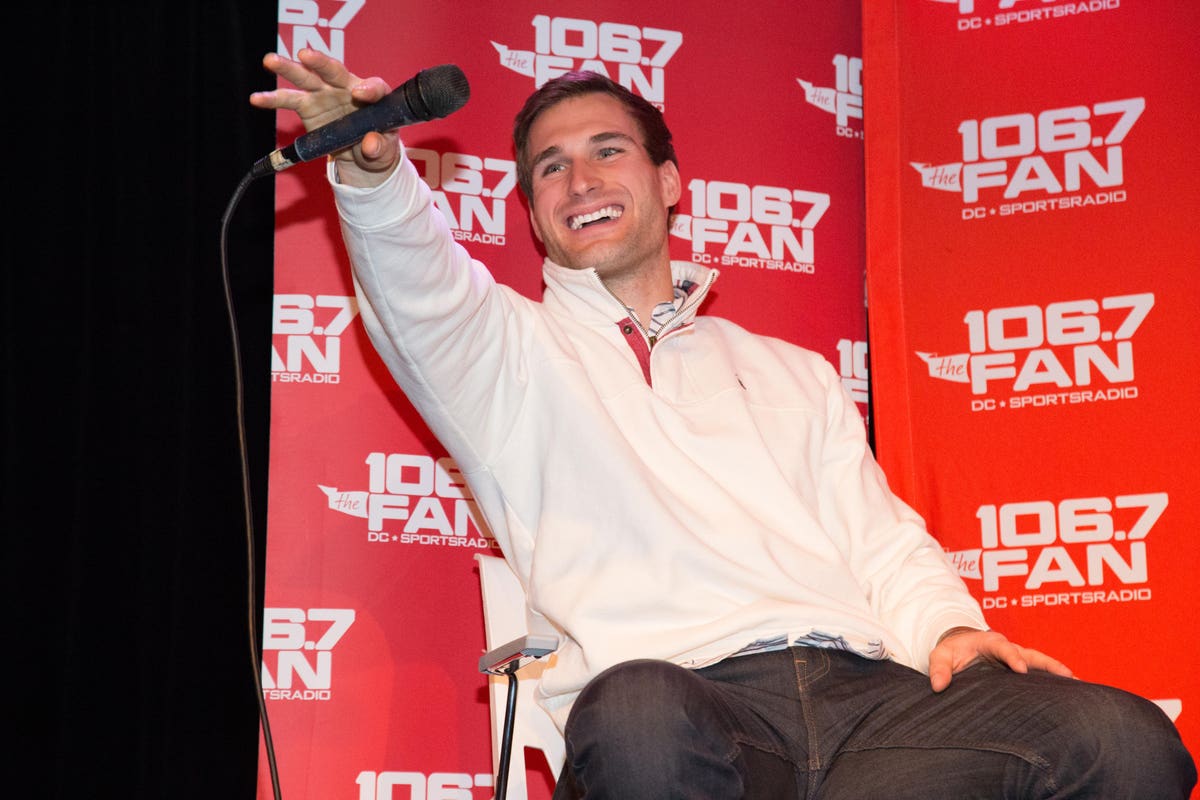