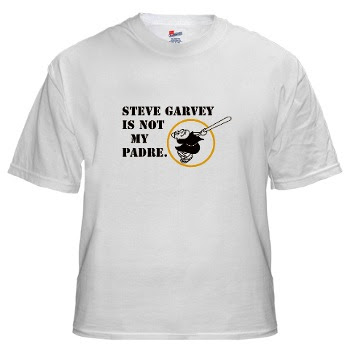 Back in the 1980s when former San Diego Padres first baseman Steve Garvey knocked up multiple women at one time. There were bumper stickers, and t-shirts, all over town saying, "Steve Garvey is not my Padre." Now, Antonio Cromartie, of the San Diego Chargers, is looking for the title of Padre as well

Apparently, the Chargers defensive back has been very busy since making it big in the NFL just a few short years ago.

Recovering from college injuries, intercepting 10 passes in his first full year, including three against Colts Peyton Manning in one game, coming back last season for two more interceptions and trying to play through a fractured hip was not enough to fill his time.

It seems that Cromartie also had time to father seven children, across five states, over the same time period! Yes, Seven! Aka 7!

Cromartie recently came out and admitted his situation and said that football was not the only thing on his mind last year. Five paternity suits in the last two years, along with his fractured hip (sustained in week two) apparently made it difficult to focus on his job—playing football in the NFL.

To his credit, Cromartie is taking the right approach to this season. He is working hard to rehabilitate from his injury and has decided to do right by all of his children and financially support them. According to his agent, he is trying to grow up, take responsibility for his actions, and make better decisions in the future.

As a Chargers fan, I truly hope that this chapter of Cromartie's life is in the past. Not only for the Chargers sake, but for the sake of the poor kids who did not ask for some stud athlete to impregnate their mother and hop on the next jet out of town.

The changes needed in his profession are obvious. He needs to think "intercept", not "intercourse." He needs to "receive", not "conceive." He needs to play hard so that his defense can sack the opposing quarterback, rather than play hard to get women in the sack.

Perhaps the Chargers should move Cromartie to safety rather than leaving him alone on the corner. Safety first! Apparently, the closest Cromartie has ever been to a Trojan was when Florida State played USC.

The sad thing is that the NFL puts on a rookie symposium every year to warn rookies about the pitfalls of becoming rich and famous. Every year the rookies go to the meetings and some chose to listen and others think, "it will never happen to me." Silly rookies.

None of Denver's quarterbacks can play vs. Saints due to exposure to Jeff Driskel, who is on COVID-19 list (Schefter)