When Everett Golson returned to campus this winter after a semester-long suspension, Notre Dame finally had a quarterback that was capable of leading the Irish back to the apex of college football. But as spring football played out, sophomore quarterback Malik Zaire revealed himself as a candidate as well, out-playing Golson in front of a national television audience during the Blue-Gold game and giving Irish fans water cooler chatter to last the entire summer.

Competition is the lifeblood of Brian Kelly's football program. So the fact that Zaire was actually competing with Golson, and not a prop devised by a savvy head coach, is a blessing. And while the starting quarterback job is Golson's as the team enters training camp next month, having a duo capable of leading the Irish—something Notre Dame didn't have last year—will be critical.

Joined by incoming freshman DeShone Kizer, Notre Dame's three scholarship quarterbacks share a skill set that will allow Kelly and new offensive coordinator Mike Denbrock to fully re-install Kelly's spread offense that's been on the shelf since he got to South Bend.

With a team that'll need to score a lot of points to win, let's take a look at the most important position on the roster.

Golson has been back working with the team since January, participating fully in strength and conditioning sessions, while reacclimating himself to college life. He stepped back in as the team's top quarterback for spring practice, though Kelly has been slow to call the competition at the position over.

That's likely a sign of respect for Zaire's talents, because there's little chance that a healthy Golson isn't behind center when the Irish kickoff against Rice. After leading the Irish to an undefeated regular season in 2012 and a date in the BCS title game, Golson represents the closest thing to the prototype quarterback that Kelly's had at Notre Dame.

As he showed in glimpses during his debut season, Golson has the arm to make every throw in the playbook. He also has the legs to escape trouble and to make plays on his own. Far from a true running quarterback, Golson's preference is to pass—just like his head coach's. But when the pocket breaks down, Golson seems to be at his best, an accurate quarterback on the move and deadly as a scrambler.

After an academic violation of Notre Dame's Honor Code kept him out of school for a semester, Golson's 2013 season was spent fine-tuning his craft in San Diego, while also working to put an extra coat of armor on for the 2014 season. The additional 15 pounds he added will serve him well, hopefully helping him hold up for a full season after missing the BYU game and segments of others as he spent most of 2012 battling injuries.

This summer has been critical for Golson's development. After being spoon-fed the offense as a redshirt freshman, Golson will be expected to have complete mastery of the playbook. Tweaked NCAA rules have allowed the coaching staff to re-install the offensive system this summer before fall camp begins, a huge help to all the quarterbacks on the roster.

Irish fans are hoping to see a new and improved Golson come autumn. Early word is coming from the Elite 11 camp, where Golson is serving as a counselor, that he's already looking the part.

Zaire officially redshirted last season, though Kelly kept that decision internal until late in the season. While it kept opposing coaches on their toes, it also made for a frustrating season for the young quarterback from Ohio, who enrolled early with the expectation of competing for playing time.

Zaire wasn't given that opportunity, with Kelly preferring to save a year of eligibility to help the long-term health of a position group that suffered significant turnover with Tommy Rees, Andrew Hendrix and Gunner Kiel all exiting in the past 18 months.

But 2014 will be significantly different for Zaire. After taking limited practice reps and watching from the sideline, Zaire is one snap away from being the Irish's starting quarterback. He showed promise in the Blue-Gold game, completing 18 of 27 passes for 292 yards, including 15 of his first 19. But an intra-squad matchup is different than playing when it counts.

Zaire is the team's most gifted running quarterback, and at 208 pounds he's sturdy enough to be a weapon as a ball carrier. While he was off limits during the Blue-Gold game and quarterback runs weren't allowed, he'll likely start his playing career as a change-of-pace runner, capable of handling a heavy option load, while also throwing the ball well enough to keep opponents honest. (Andrew Hendrix wasn't able to do that last season, and he's playing out his fifth year for Chuck Martin at Miami instead of backing up Golson.)

Not yet a good enough practice player for his head coach's liking, Zaire has performed well in the past two spring games, a telling sign that could be a hint that the young quarterback's best comes out when the lights are on.

We'll likely see that theory put to the test sometime this season, though for Notre Dame's sake, it's dictated by game plan, not an injury to Golson.

If Zaire was redshirted last season, it'd take something pretty serious to get Kizer on the field in 2014. But that reality is a bad break or two around the corner, and summer and fall camps will be dedicated to getting the youngster up to speed as quickly as possible.

Kizer gives Kelly a different body type at quarterback, and at 6'5", he's got the height that'll help him distribute the football from the pocket—something that isn't so easy for Golson or Zaire. And while offers from Alabama, LSU, Nebraska and Penn State point to an intriguing prospect with plenty of fans, Kizer was still waiting on offers from Ohio State and Michigan when he pulled the trigger and committed to the Irish last June.

Kizer's best football is likely a year or two in front of him. But a look at his high school highlights points to another athletic quarterback that can beat teams with his arm or legs. Part of the reason Kelly decided to hire quarterback coach Matt LaFleur instead of an established coordinator was to work with Kizer and Zaire, two quarterbacks with four years of eligibility remaining.

LaFleur will have the future of the program in his hands this fall while Kelly and Denbrock will likely spend their time tutoring Golson and preparing him for Saturday. That's two very moldable pieces of clay for LaFleur to shape. They are key roster pieces that might not be called on to do much in 2014, but developmental prospects that'll likely determine the future of Notre Dame football. 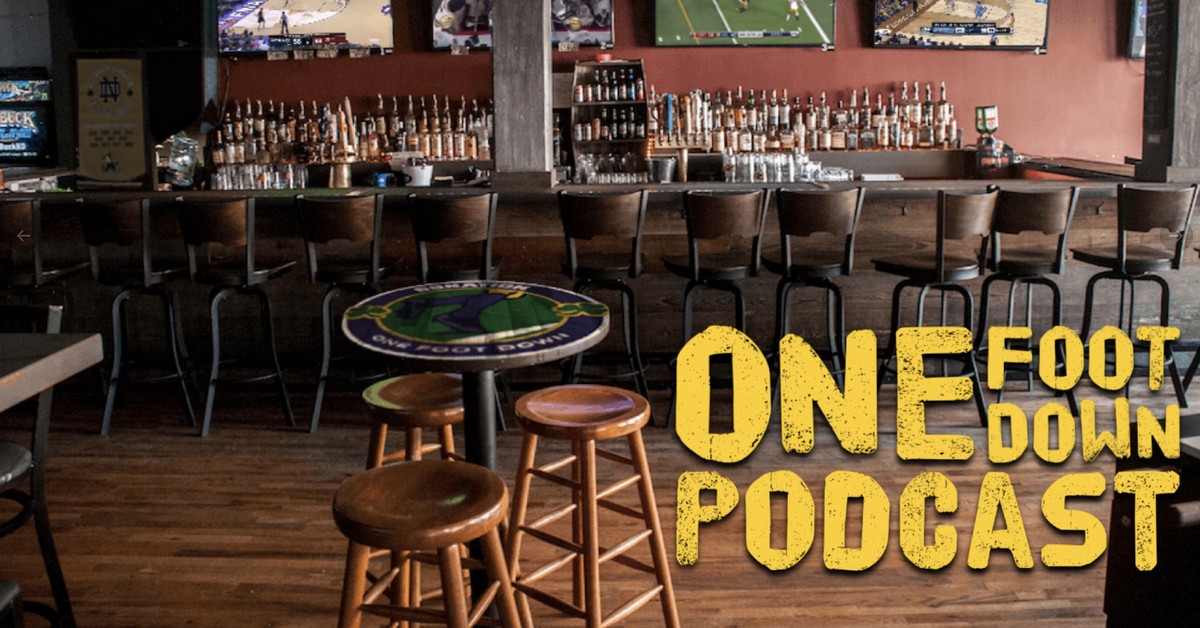 Notre Dame and the ACC: Who's Dependent on Who?

Notre Dame and the ACC: Who's Dependent on Who?