It might not be the same kind of game without Peyton Manning, but the Indianapolis Colts and New England Patriots have a history against each other and there will be a couple of players on each team that will be key to success for both sides.

Of course, all eyes will be on Andrew Luck and Tom Brady. They're two of the best quarterbacks in the NFL and have been critical to the success of their respective teams. However, there are other players that haven't gotten a lot of attention that will be critical to victory for both the Colts and Patriots.

Let's take a look at the biggest X-factor on offense and defense for both the Colts and Patriots, breaking down what makes them so valuable.

With Vick Ballard and Ahmad Bradshaw in the backfield, it really looked like Donald Brown was going to be the odd man at the beginning of the season. It looked even worse for Brown when the team traded for Trent Richardson after an injury to Ballard.

But with Bradshaw getting hurt and Richardson being ineffective, Brown has officially become the go-to guy.

During the regular season, Brown finished with 537 rushing yards and six touchdowns on just 102 carries, averaging 5.3 yards per attempt. He was also a big factor in the running game, grabbing 27 catches for 214 yards and two scores.

Brown showed just how valuable he can be against the Kansas City Chiefs during the Colts' incredible comeback on Saturday. He came up with 102 total yards and two big scores to start the 28-point comeback for Indianapolis, helping the team advance to the divisional round.

He has big-play potential and will need to find ways to break off big runs to help keep the Colts going offensively.

All eyes will be on Robert Mathis in this game, but Cory Redding is one of the more vocal leaders on the team and will be key to stopping the Patriots.

While he's had a rather inconsistent season, Redding has still been a valuable part of the defense. He finished the year with 37 combined tackles and 4.5 sacks, but his biggest strength was plugging up rushing lanes.

Pro Football Focus (subscription required) has Redding as the team's best player in run defense with a plus-16.5 grade. Ricky Jean-Francois was in second with a grade of just plus-6.0.

If Redding can have a big game and stop the run, he can make the Patriots a one-dimensional team, which will give players like Mathis the opportunity to make Brady uncomfortable and possibly force a turnover or two.

In a tumultuous season for Brady's weapons, his most reliable target by far in terms of staying healthy has been Julian Edelman.

He didn't get a ton of attention during the year, but Edelman still finished with 105 receptions, 1,056 yards and six touchdowns. His biggest game came at the perfect time, going for 110 yards and two scores on nine receptions in New England's overtime win against the Denver Broncos.

The Colts will likely have their top defensive back on Danny Amendola, which figures to be Vontae Davis. If he plays well, he can be one of the best corners in the league.

With how thin the Colts are in their secondary right now, that will leave Edelman going against any number of weaker defensive backs, giving him an opportunity to make some big plays in this game.

When going against Andrew Luck, you're going to need playmakers in the secondary. Fortunately for New England, it has that in free safety Devin McCourty.

The numbers are strong for McCourty. He had 69 combined tackles, two forced fumbles, an interception and nine passes defended this season. He's key to the Pats' pass coverage, as he does a very nice job of keeping plays in front of him and not allowing huge passing plays like the one we saw the Colts put up on their game-winning touchdown.

While the Colts don't throw a ton of deep passes, they will likely go with deeper routes if they get down early. We saw that the Colts are capable of coming back from even the biggest of deficits, so McCourty will be key if his team can get the early lead.

Projecting the Colts' 55-Man Roster Ahead of Training Camp Projecting the Colts' 55-Man Roster Ahead of Training Camp 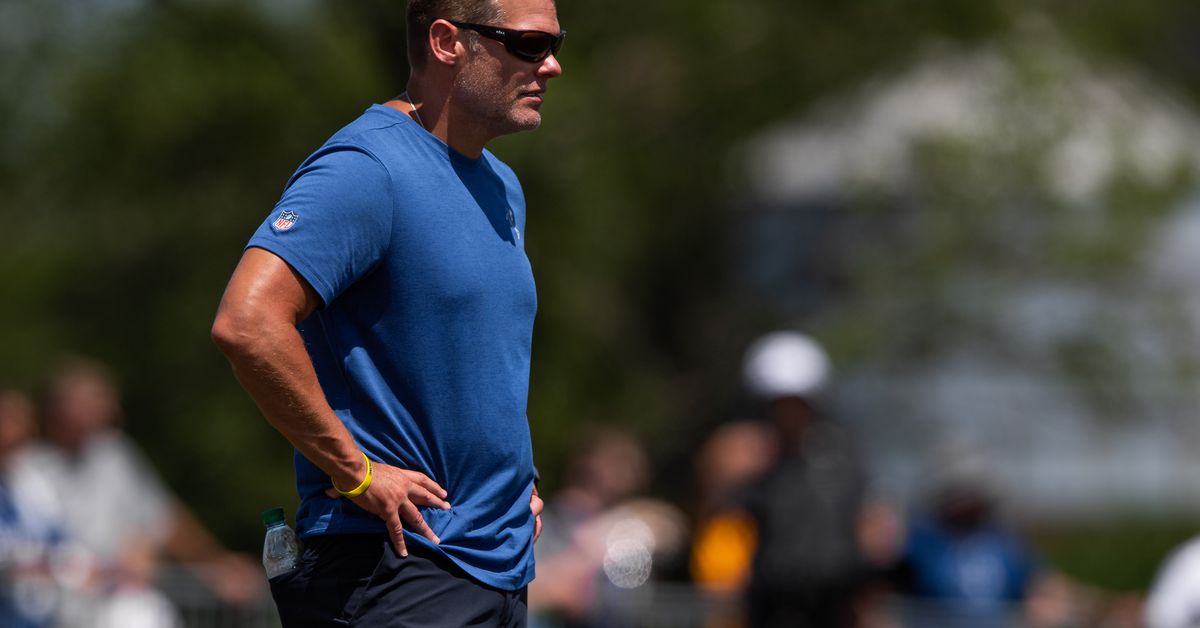