Over the past two games, Liverpool have switched from their usual system to operating with a three-man defensive unit, which has resulted in a narrow 1-0 defeat to Manchester United and a 3-1 away win at Sunderland on Sunday. This latest victory sent the Reds back into the top two of the Premier League after six matches.

While the system, or perhaps more to the point the starting lineup, isn't exactly perfect just now, perhaps manager Brendan Rodgers believes he at least has the template for success for this season in place.

In terms of depth of Liverpool's squad, it is undeniable that central defence is the position that has benefited most from the recent transfer window.

Despite Seb Coates' injury, Martin Skrtel did not depart as expected while three new signings were made. Even without the Uruguayan, Liverpool now have four senior centre-backs to call upon, with two more youthful prospects in reserve.

Kolo Toure has quickly become a fan favourite, Skrtel has had something of a renaissance since coming into the team at the beginning of the month and Mamadou Sakho has shown plenty of reasons why the Reds spent big on him this summer. All that with Daniel Agger now back to fitness and being handed the vice captaincy this term.

Andre Wisdom and Tiago Ilori provide further reinforcements, meaning Rodgers can call upon a back three with ease, with regularity and with the option to rotate at will.

Protection for a Lacklustre Midfield

While picking more defenders might not be everyone's idea of being an attacking team, it actually frees up more players further up the pitch to perform attacking duties—or at least, it would do with everybody in form.

Lucas and Steven Gerrard have proven a less-than-top combination this season, especially defensively, and it is as well for the Reds to have more numbers behind them to deal with the threat of runners from deep or through passes.

Sunderland's sole goal in the 3-1 loss Sunday came from a low 25-yard shot from Ki Sung-Yueng, who was not closed down and not restricted with his movement by the central duo. Liverpool also don't have an abundance of midfielders to choose from right now, so backing up those in place with an extra body to help defend is far from the worst idea.

At the other end, extra protection for Gerrard should enable him to push forward rather more than he has of late, utilising his passing and vision to help construct chances on goal for Liverpool.

If the idea is to pair Luis Suarez and Daniel Sturridge as a centre-forward partnership, Rodgers will be a little limited in his tactics to variations of 3-5-2 (such as the 3-4-1-2 vs. Sunderland) or of 4-4-2 (such as a diamond midfield or a more narrow 4-2-2-2). That's not to say they are restricted to remaining central in their play—far from it—but operating with two forwards certainly indicates that Liverpool may move away from the previous tactical incarnation of one up top with three supporting players.

To get the best out of Suarez and Sturridge over the long term is something that Rodgers will have to see as a work in progress, but the duo has shown a natural inclination to simply click.

As previously acknowledged, Liverpool do not have the midfield options to play four on a regular basis, nor do they have true wide players to excel in a traditional 4-4-2, so the variations on a three-man defence system appear to be a reasonable alternative.

The wing-backs or wide midfielders in the system almost pick themselves. Glen Johnson's injury has meant only Jordan Henderson is available to play from the right side, while Aly Cissokho's absence means a similar situation on the opposite flank with Jose Enrique in the team.

That leaves the No. 10, the attacking midfielder position, to consider.

Philippe Coutinho is the obvious first choice, and this is both a formation and a position that should suit him considerably.

If Liverpool are able to work on the system more over the coming weeks to encourage better midfield mobility and options in the buildup phases of play from the wing-backs, Coutinho's reintroduction from a shoulder injury to the team could reap instant rewards.

He picks up very clever positions in the middle and final thirds of the pitch, in pockets of space between opposition midfield and defence, and has good decision-making to aid his ability to run directly at the defence or make through passes for the attackers and wide midfielders to latch onto.

While Henderson did well on the counter in this regard, Jose Enrique was more restrictive in his vertical movement, though he did get forward well on occasion.

In the absence of Coutinho, Victor Moses has been operating in this role. While he has good movement off the ball, especially on the counterattack, he is not a natural central attacking midfielder and lacks the genuine inventiveness to be the biggest threat Liverpool have.

Moses' heat map shows he did more work in his own half than in central attacking areas.

With a full week now to work on the system, presuming it remains the first choice for Rodgers for now, Liverpool will look to integrate a new midfielder into the team with the suspension of Lucas for a fifth booking and will hope for a more possession-oriented, dominant display against Crystal Palace next week.

For now though, second place in the Premier League, a goalscoring return for Luis Suarez and a return to winning ways yet again all point to another positive weekend for the Reds, despite the team not yet being close to showing their best form. 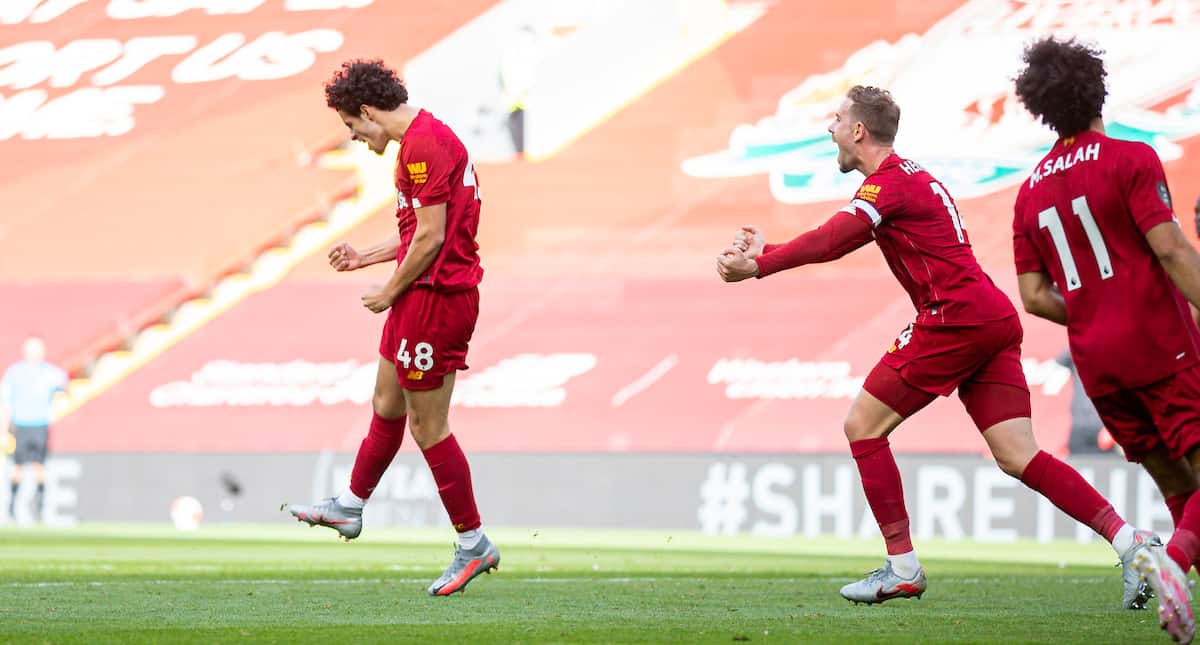 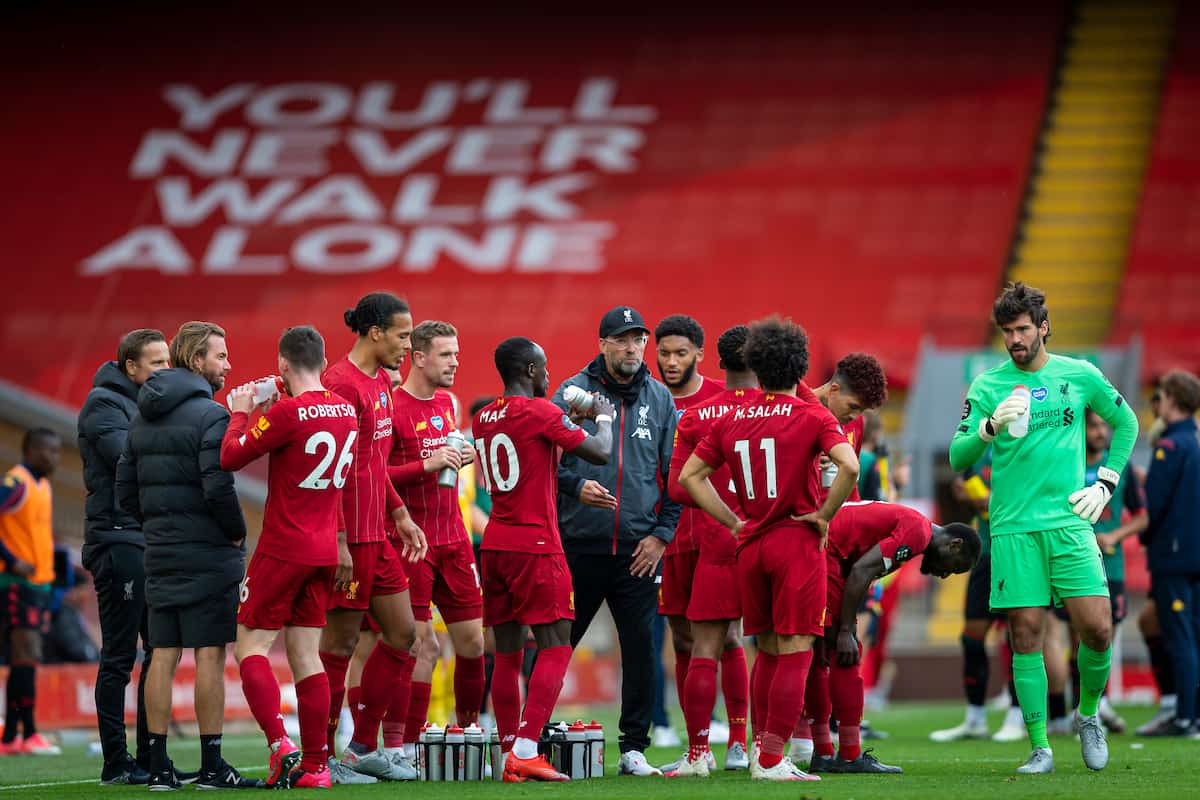 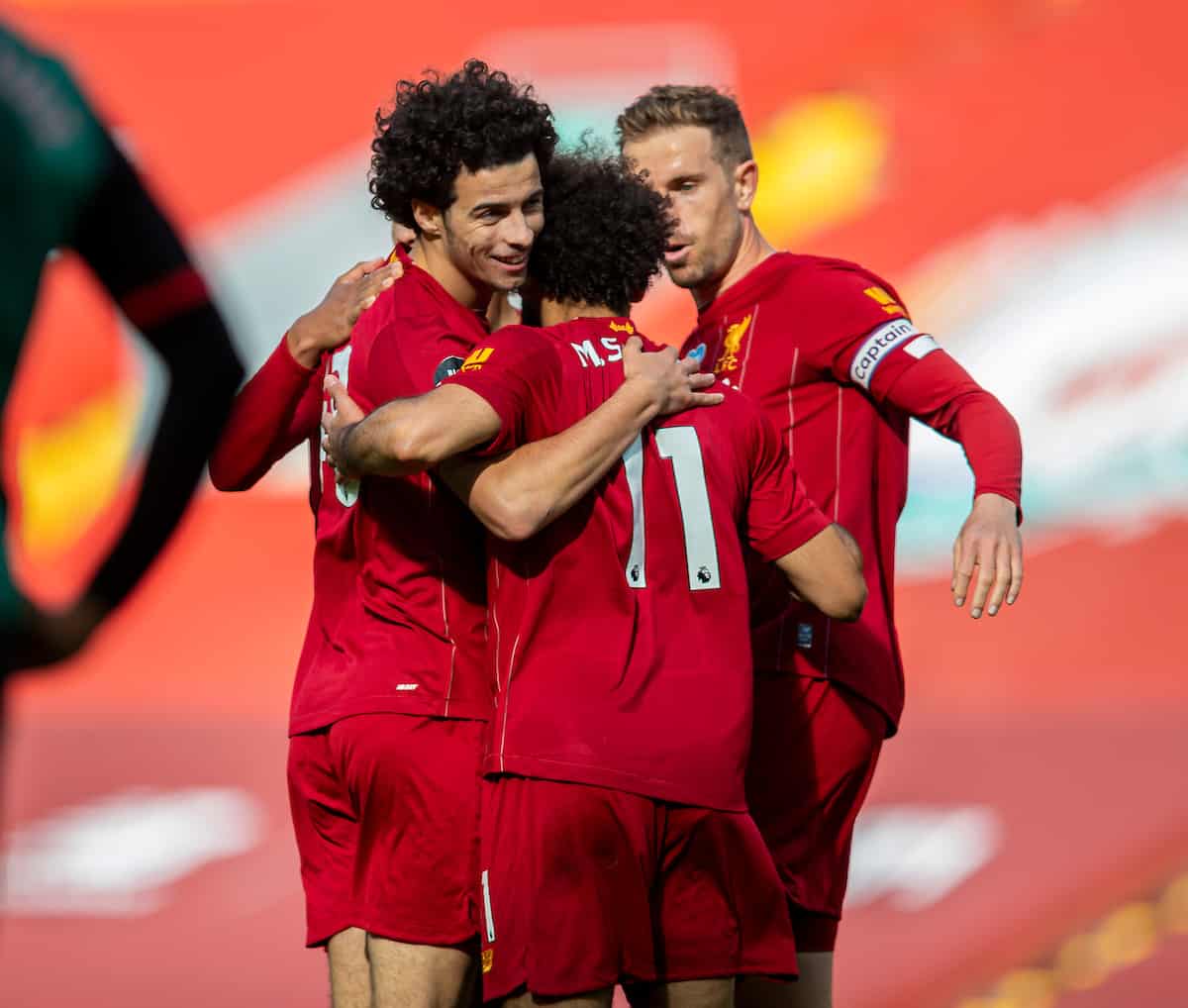 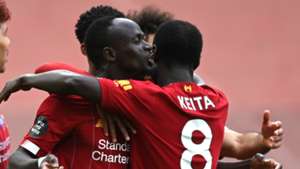