I alluded to the idea that the Cowboys must more effectively manage the play clock in my review of the Jets game, but I wanted to dedicate a few more words to the topic.

For several seasons (really since Jason Garrett has been calling plays in Dallas), the offense has continually allowed the play clock to dip down to one second before snapping the football. Even worse, that number sometimes reaches zero and costs the team five valuable yards.

This is a problem that might not seem monumental but really has major consequences on how efficiently the offense can be run.

When Garrett calls plays into Tony Romo, he often provides the quarterback with two plays: the first is the play which is most likely to be run and the second is a “conditional” play that the offense will run if Romo checks out of the first play. Each time you hear Romo yell “Kill, Kill, Kill” prior to the snap of the ball, he is “killing” the first play, alerting the offense to run the second play that was dialed up.

If Garrett gives Romo instructions to call an off-tackle power play (first) and a screen to the left (second) in the huddle, for example, the offensive players will line up with the mentality of running the first play.

In the first scenario, Felix Jones will analyze the defense as though he is running off-tackle. If the defense shows blitz from its left side, however, Romo might check out of the first play using a “Kill” call. When this happens, the mental assignments of the players shift to the second play. In this second scenario, Jones is now scanning the defense so as to be prepared to run the screen to the left. This has a few consequences for the offense and defense:

Many of you know I track all kinds of information from each play of Cowboys games, from the distance of passes to motions to who stayed in to block and more. I have never taken data on the play clock, however, and it might be a good idea to do so in the future.

If snapping the ball at the last possible second is truly detrimental to Dallas, we would expect it to be represented in the statistics—whether it comes in the form of yards per play, sack numbers or whatever.

Luckily, I have two years of data pertaining to the team’s audibles.

In my 2010 Quarterback Grades, I noted that both Romo and Jon Kitna called audibles that, in terms of statistical significance, were not superior to non-checks. 71 of these 72 checks were “Kill” calls. We saw a similar thing in the team’s 2009 Audibles , although Romo was slightly better with his checks, gaining 0.39 yards per play more on his audibles as compared to regular plays. 75 of the 79 audibles that year were “Kill” calls, meaning we can be fairly certain the statistics of all audibles (150) are representative of the success of “Kill” calls (145 of them).

You can see that, as a whole, the Cowboys have “gained” 0.22 yards per play on checks over the past two years. With 150 audibles, this result is significant enough to show us the offense does not acquire a significant advantage from “Kill” calls.

On top of this, the advantage the defense receives from the snaps on which the play clock runs down to one is likely more valuable than that “extra” 0.22 yards per play. Remember, this defensive advantage comes not just on audibles, but on any snap on which the clock has run down due to two plays being called in the huddle.

Most times, the second play is never run, yet the clock still dips to one second.

Of course, the delay of game penalties over the last couple of years probably “make up" for the 0.22 yards per play offensive advantage on their own.

When combined with the ability of the defense to jump the snap, I think it is pretty obvious the Cowboys’ “Kill” calls are, at best, a waste of time...and at worst, detrimental to the offense.

Are the Cowboys contenders? Barnwell predicts NFL teams most likely to improve 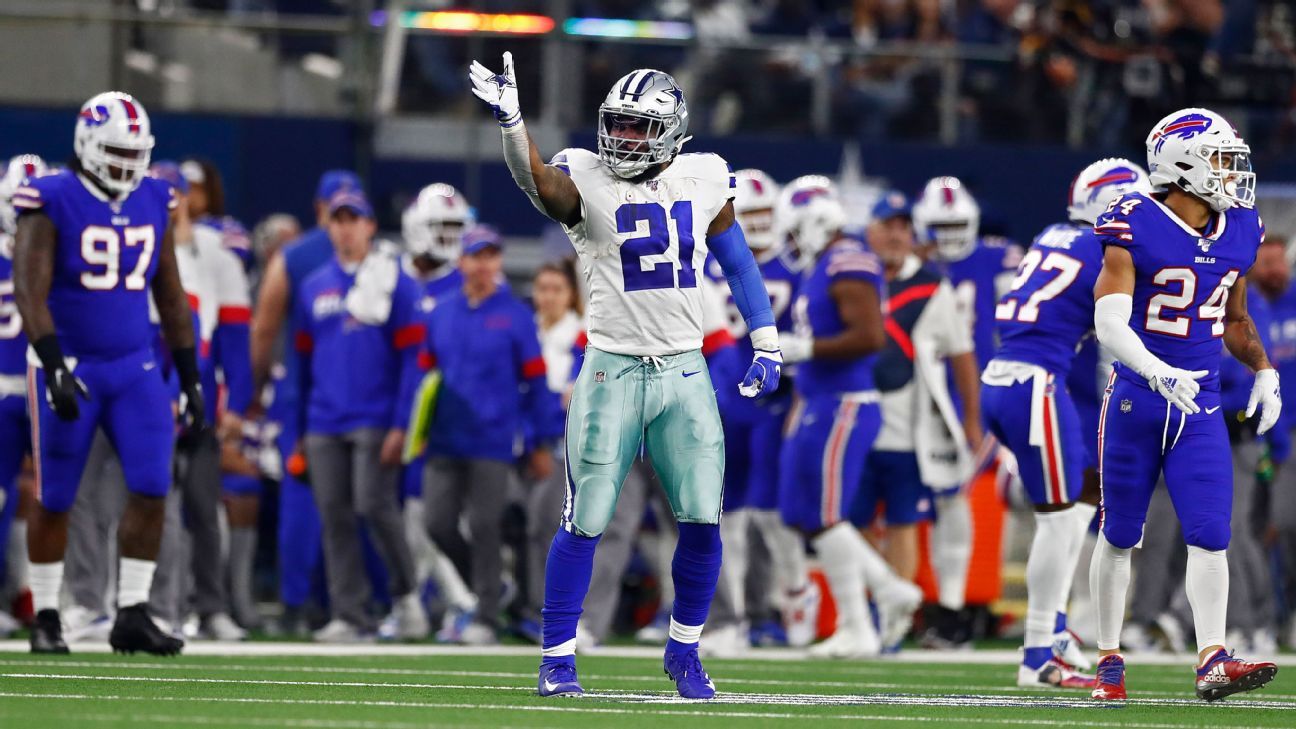 Are the Cowboys contenders? Barnwell predicts NFL teams most likely to improve